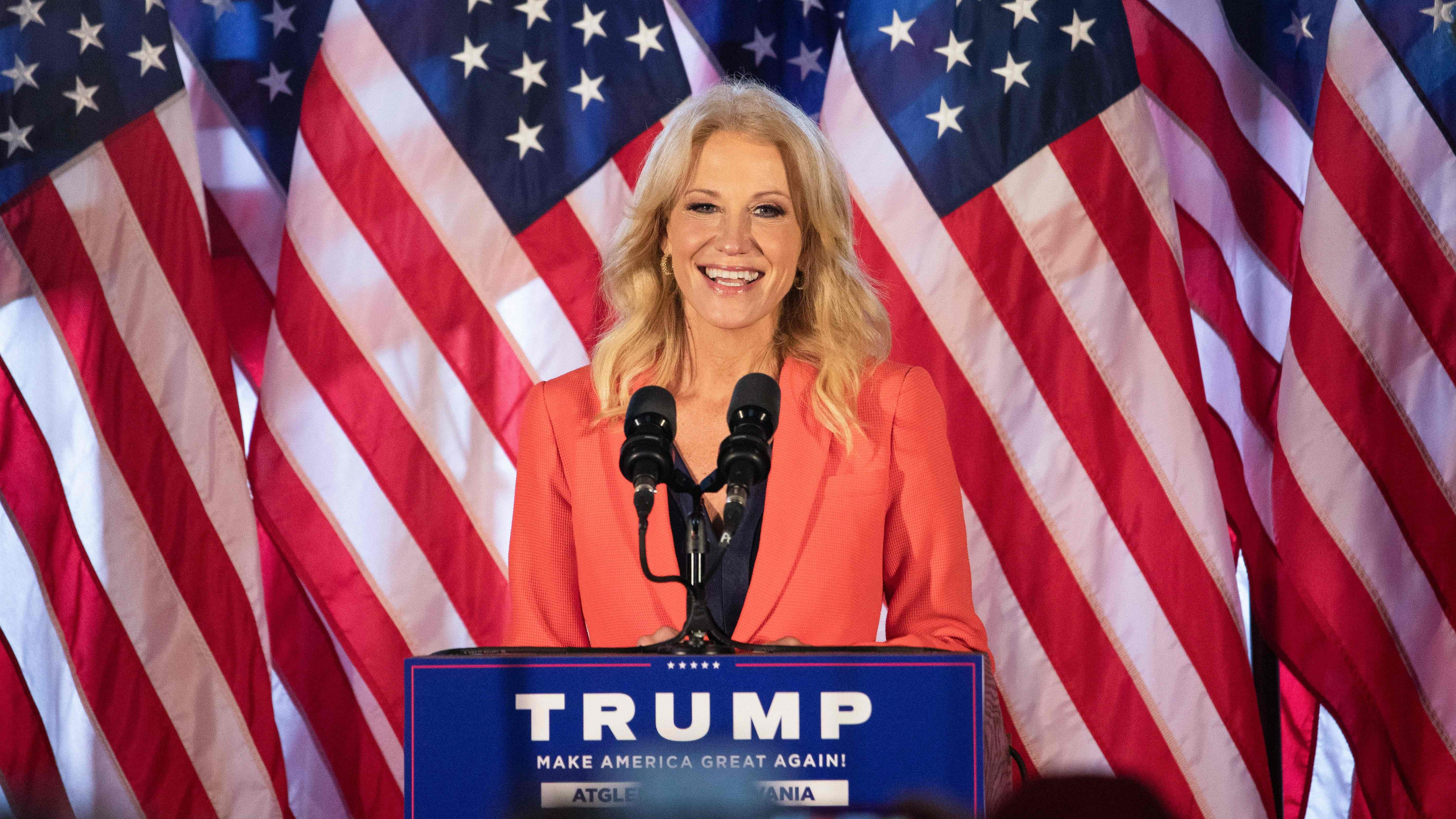 Kellyanne Conway clashed with Alyssa Farah on “The View” on Tuesday over their former boss, former President Donald Trump, during an interview about Conway’s new memoir, “Here’s the Deal.”

As Farah began to ask Conway about her support for the former president and the events of Jan. 6, Conway interrupted, asking, “Is there a question in here?”

“How do you still defend him, do you still think he could be a good president after he tried to overturn our democracy?” Farah asked.

Conway responded by saying that she left three months prior to Farah leaving. “I think you stayed a whole month after the election,” she said. Farah noted that she stayed three weeks after in order to help her junior staffers get jobs.

Conway left the Trump White House at the end of August 2020 in order to focus on her family. Farah served as White House Director of Strategic Communications for the Trump Administration in 2020.

“I think people should know that since you’ve changed,” Conway said.

“I didn’t change, just to be clear, I didn’t change,” Farah interjected. “I swore an oath to the Constitution, not to Donald Trump.” The audience applauded Farah’s statement.

Kellyanne Conway joined the “The View” on Tuesday, where she clashed with guest host Alyssa Farah over Trump.
(Associated Press)

Conway agreed, “As we all did,” and then said she believed there was “a lot wrong with the 2020 campaign.” She also claimed former White House Chief of Staff Mark Meadows was “terrible” and did not “match the moment” for a pandemic and a reelection campaign.

“Neither did Donald Trump,” Farah responded.

“I was on ABC, live, on January 6 with George Stephanopolus and I said, ‘People have to get out of the Capitol! What are you doing there? Why have you breached the Capitol, what is going on?’”

“Alyssa, if you’re saying that somehow you think that we’re supposed to think that you’ve seen the light and not just see your name in lights, that’s not fair,” Conway said.

Farah interjected and said that was “such a cheap shot.”

After more back and forth, Farah said that Conway never denounced the former president and the former White House counselor said that she did “that day.”

The Farah said that Conway “went right back to him” before host Whoopi Goldberg tried to get them to move on from the discussion.

Earlier during the interview with Conway, Goldberg scolded the audience for booing the former White House counselor.

“Let me do something before you say anything else. Listen, this is ‘The View,’ and this is her view, and she’s talking about how she feels and what she knows. Please don’t boo her,” Goldberg said.