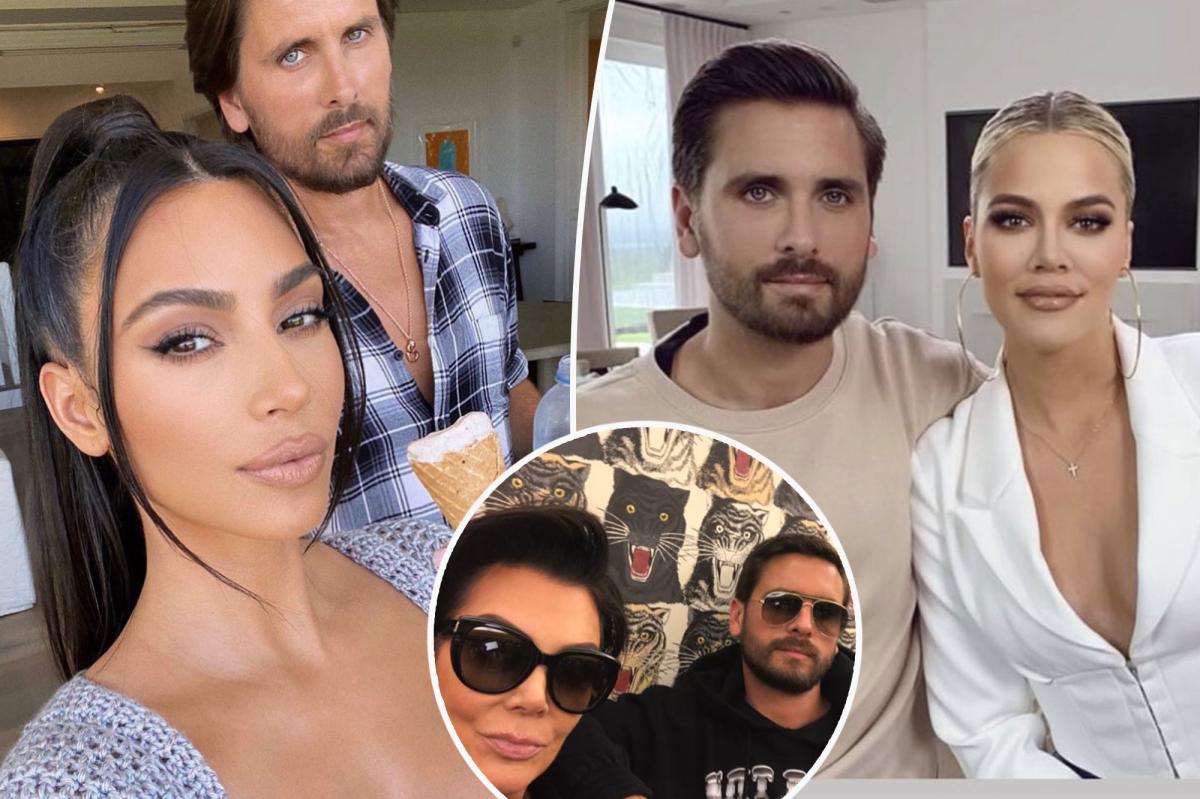 If Scott Disick’s birthday wish was to be celebrated online by the Kardashian family, it came true.

The ex-boyfriend of newly married Kourtney Kardashian received an outpouring of love from Kris Jenner, Kim Kardashian and Khloé Kardashian via their Instagram Stories as he rang in the last year of his 30s Thursday.

“Happy birthday Scott!!!! Have a magical day Love you!!!!!! 🥳🎂😍 @letthelordbewithyou,” Jenner, 66, wrote atop a collage of photos of the pair together as well as Disick with his three children, Mason, 12, Penelope, 9, and Reign, 7, whom he shares with Kourtney, 43.

Kim, 41, opted for a four-slide tribute, writing, “Happy Birthday @letthelordbewithyou I love you so much I can’t wait to celebrate w you!!!” alongside a photo of the two posing for the camera.

The Skims founder then shared a selfie of the duo eating ice cream and two snaps of them posing in the mirror at her home gym.

Khloé, who has arguably had the closest relationship with Disick over the years, began her social media shout-out with a black-and-white close-up photo of the pair.

“Happy birthday to my @letthelordbewithyou,” she wrote.

The next image showed the two standing by Khloé’s pool and sporting serious stares. An animated “Happy Birthday” emoji waved across the top of the pic.

The Good American co-founder, 37, then shared a hilarious clip from E!’s “Keeping Up With the Kardashians,” which documented one of the many times Disick prank-called Jenner and pretended to be a long-lost family member named Todd Kraines.

“No one I would rather do pranks with @letthelordbewithyou,” Khloé wrote atop the video.

She concluded her birthday tribute with a recent photo of the dynamic duo, which she captioned with a simple “💙.”

Neither Kendall Jenner nor Kylie Jenner had posted anything for Disick as of Thursday afternoon.

Unsurprisingly, neither did Kourtney.

After a decade of on-and-off dating that included surprise pregnancies, infidelity and substance abuse issues, Kourtney split from Disick for good in 2015. She fell madly in love with her longtime friend Travis Barker during the coronavirus pandemic.

The Poosh founder and the Blink-182 drummer, 46, are still in Portofino, Italy, where they spent last weekend celebrating their third wedding with family and friends.

Meanwhile, Disick partied it up at a strip club in New York and publicly flirted with a rumored ex on social media.