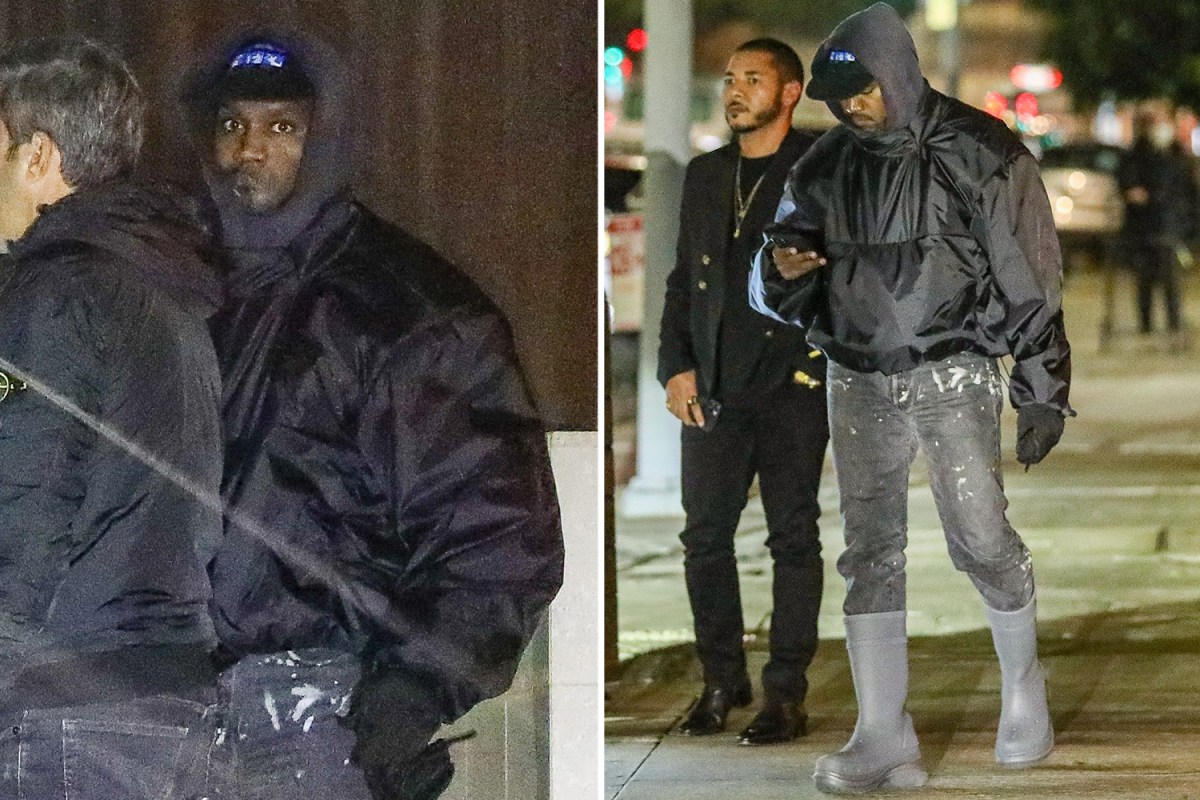 He has, for the most part, been quiet about Kim’s alleged whirlwind romance with the Saturday Night Live star.

The rapper, 44, was photographed stepping out after dinner at the Caras hotel in Los Feliz, California.

He wasn’t alone, though it’s unclear who was among the group of people he was pictured with.

Kanye, who changed his name to Ye, appeared in low spirits as he stood outside the hotel.

He looked down toward the ground or at his phone for the most part.

He wore his hood up over his head and a hat underneath.

The rapper had a black glove over his left hand, concealing where his wedding ring would be.

Days earlier, Kim and Pete enjoyed a night out in his native Staten Island.

They were seen at the Atrium Stadium Cinemas and were joined by Scott Disick.

Their steamy date night continued as they had dinner and “champagne at a private room” at Angelina’s restaurant.

Although he hasn’t addressed his estranged wife’s romance, he has made several public pleas for her to come back to him.

Kim hasn’t responded, but shortly after one of his more public displays of affection for her she did file to become legally single and drop his surname.

While she may no longer be Kim Kardashian West, the former Keeping Up With the Kardashians star hasn’t changed her iPhone username.

She shared a glimpse at her car music playlist via Instagram Stories on Monday, showing her Apple username on the screen.

Her iPhone 13 Pro Max showed up as “KKW” as she listened to Adele’s new song, Woman Like Me.

After Kim filed to become legally single amid her divorce, sources revealed that the rapper “embarrassed her” with his public pleas.

During a Drake benefit concert, the rapper crooned: “I need you to run right back to me” adding, “More specifically, Kimberly.”

Kim filed for divorce in February. At the time, she and Ye had been married for almost seven years.