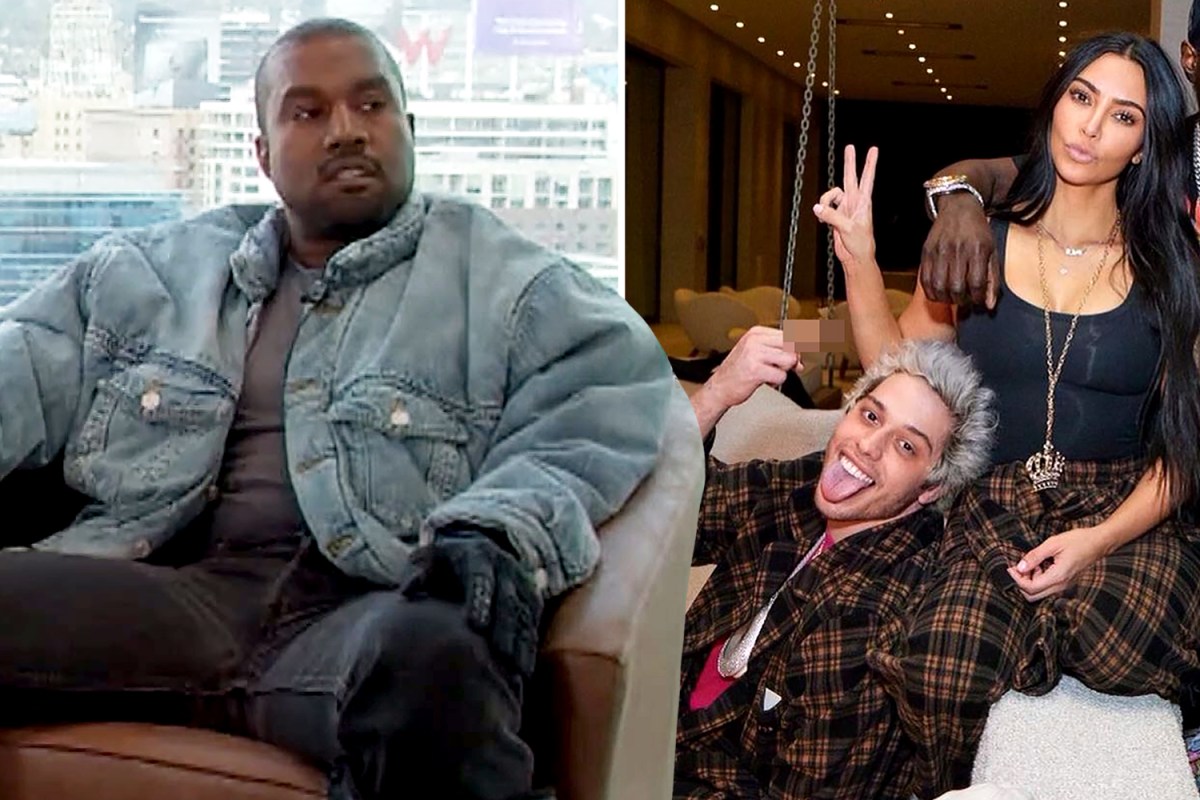 KANYE West has admitted punching a fan wanting an autograph during a huge brawl earlier this week.

Kanye, 44, said he was outside the Soho Warehouse in West Hollywood, Los Angeles, at 3am when he was allegedly provoked by Justin Poplawski, 40, who West said had been following for days wanting an autograph.

“I’m saying, ‘You don’t know what I’m dealing with right now,’ West told Entertainment Tonight, referring to footage of him snapping at Poplawski.

“I just finished these two songs, I came from the studio, and this dude, he just had this real attitude, like, ‘What you gonna do? And see that?’

The rapper, also known as Ye, said he was upset at the time with his estranged wife Kim Kardashian, who is currently dating Pete Davidson, and with a cousin who had failed to tell Kardashian he wanted to visit one of their children at school.

“Security ain’t gonna get in between me and my children. And my children aren’t gonna be on TikTok without my permission,” Kanye said.

West also admitted he was upset over Kardashian’s romance with Davidson.

“How are you going to blame me for acting out and kiss the dude your dating right in front of me. Everyone’s like, ‘that’s cool,’ and I’m hearing that the new boyfriend is in the house that I can’t even go to.”

“This is from the horse’s mouth. I told you all before, y’all are not fit to be in charge of my narrative,” West told Entertainment Tonight’s Jason Lee.

As well, West claimed Poplawski wasn’t a fan but someone trying to make a buck by selling off autographs he got from the rapper on January 10.

West said: “This is the same as the paparazzi, this is not a fan. This is someone who is using your image, who probably never listened to your songs.”

Alleged victim Poplawski, 40, originally from St Louis, Missouri but now believed to be living in Illinois, was pictured earlier in the night behind Kanye and his new flame Julia Fox.

The celebrity enthusiast has been collecting autographs for over 25 years.

He has scores of selfies taken with A-list celebrities and VIPs over the years including Leonardo DiCaprio, Taylor Swift, Barack Obama and Adele.

Poplawski told The Sun: “I don’t really have a comment right now, not at this moment. I still have other things to take care of. Right now I’m just trying to live life and get back home.”

His profile on the Real Autograph Collectors Club website states that gathering celebrity autographs has been his hobby since 1996.

He appears to run his own celebrity autograph business called All-Star Signatures LLC.

The incident on Thursday reportedly came after Poplawski asked Kanye for a second autograph after first approaching him outside Delilah.

Kanye had been at the popular West Hollywood nightspot with Julia Fox, 31, before moving on to Soho Warehouse alone, where he was approached by Justin again according to Page Six.

The pair are said to have exchanged words, which are currently under investigation by police, before the rapper allegedly jumped out of his car, called Justin names and then punched him to the ground.

Video of the incident shows Kanye shouting at a female member of his team while the alleged victim lies on the ground.

He can be heard yelling “Get away from me” to which the female staffer replies “Give me your hand.”

Kanye reportedly left before officials arrived at the scene, where a police report was filed.

It is not known if he has spoken to police about his side of the story yet.

Justin allegedly recorded the encounter on his phone, which was shown to the police and will be included in the investigation.

He is said to have refused medical treatment following the incident.

West was named by the LAPD as a suspect in a battery report following the incident but no arrests have been made so far.