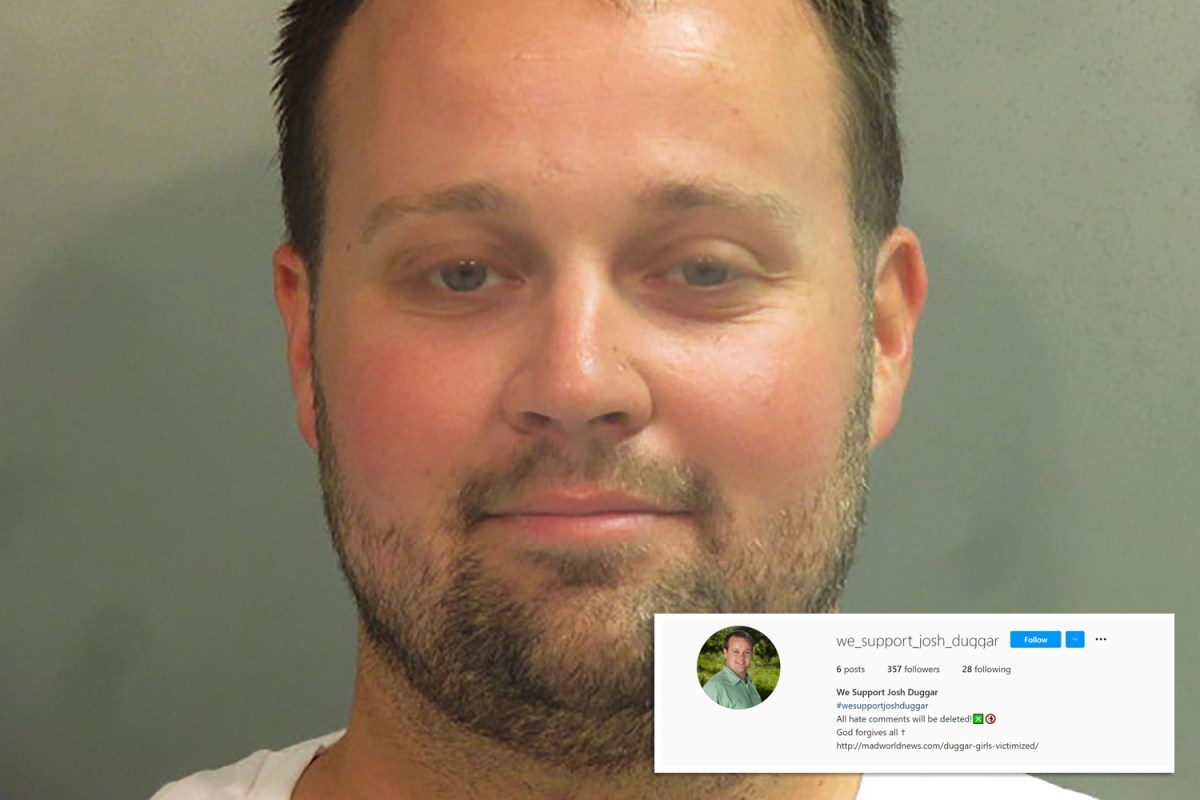 JOSH Duggar fans have been slammed for creating a support page for the disgraced star amid his child pornography trial.

The Counting On alum, 33, is facing trial on two charges of receiving and possessing child pornography stemming from his April 2021 arrest.

Amid his appearances in court, Josh‘s fans are being targeted for supporting him on Instagram.

The former reality star’s followers set up a page called “We Support Josh Duggar” back in 2015, when it emerged that he had molested underage girls.

In its posts, the page states that Josh is a “reborn Christian” and deserves “forgiveness”.

One of their them reads: “This page does NOT support child molestation, pedophiles or rape. We support reborn Christians.

“We support Josh Duggar and his family. We believe in forgiveness!”

Critics have been flooding the account’s posts with their requests that it be taken down in light of Josh’s latest charges.

One wrote: “Who the hell runs this page? How can you actually support him, it’s disgusting!!”

“You are sick if you believe he should be forgiven,” another added, while a third posted: “This needs to be taken down right now.”

The 33-year-old, who has pleaded not guilty, has been accused of possessing sick images of child pornography, which have been described as some of “the worst of the worst” that authorities had ever seen.

It was revealed during Thursday’s hearing that one found on his computer is a video of a “three-month-old being sexually abused and tortured.”

He faces up to 20 years in prison if found guilty.

Several members of his family have been attending the court hearings, including Joy-Anna, 24, and her husband, Austin Forsyth.

Jill’s husband Derick Dillard, and her brothers Jason and James have also been in attendance.

His father Jim Bob was forced to take the stand on behalf of the prosecution last week.

The 56-year-old repeatedly claimed he couldn’t remember the details of Josh’s past admissions that he had touched the victims, who were called Jane Does 1 to 4, People reported.

Back in 2015, Jim Bob told police that Josh had confessed to touching underage girls, including Jill and his sister Jessa, in the family home between 2002 and 2003.

According to a 2006 police report, which Arkansas police later destroyed, the Duggar patriarch first told cops in 2002 that he had molested young victims while they were asleep in the Duggar family home.

“This was something for a young man to come forward,” he said, calling it a “juvenile record” and a “sealed case.”

“If there is [an] objection to be made, someone will make it but it won’t be you,” the judge replied.

Josh admitted the molestation in a statement at the time on his Facebook page, though he never faced charges.