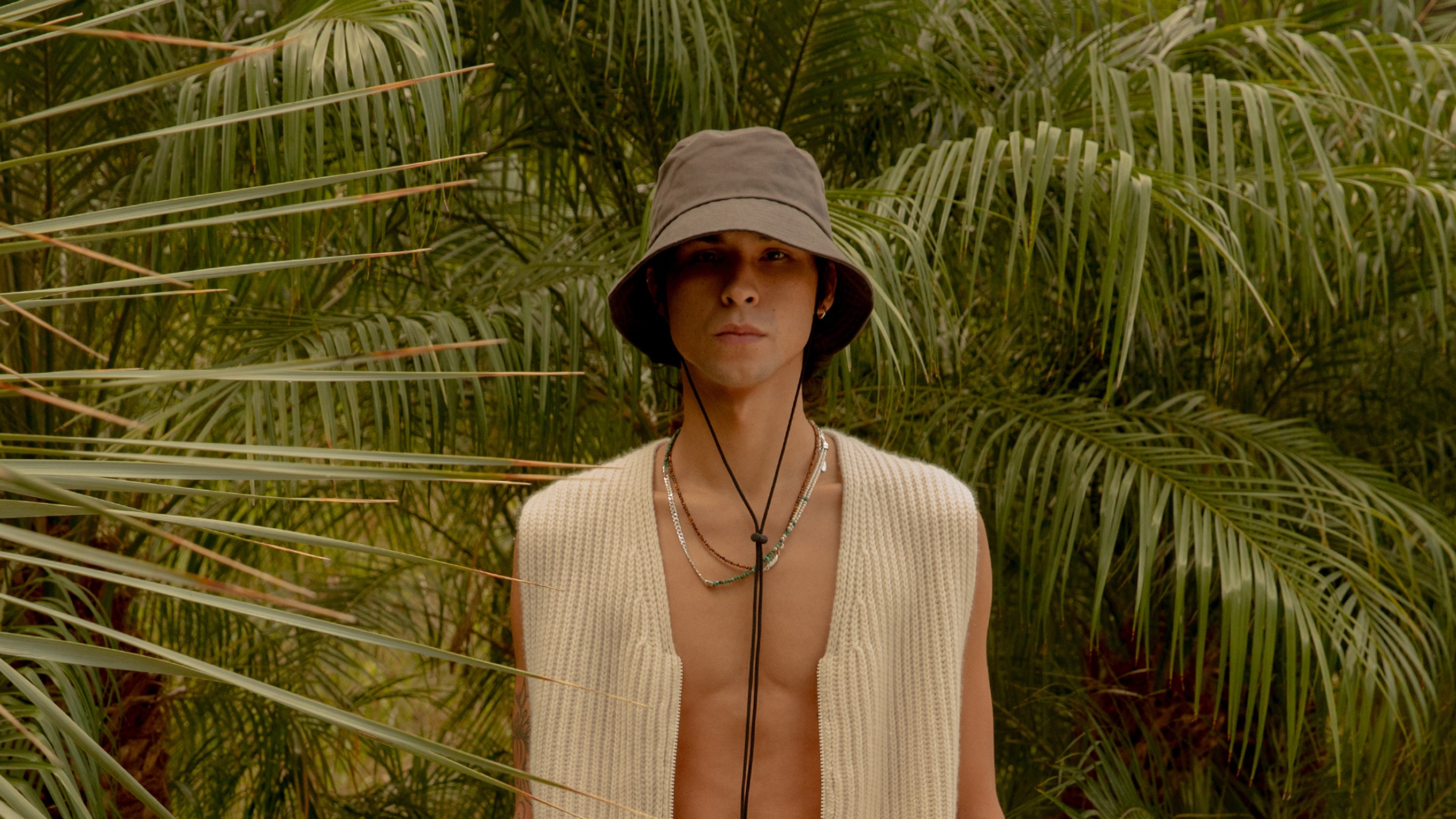 A lot of designers vowed to pause, rethink, and do things differently during the pandemic. John Elliott’s spring 2022 collection is borne from this pause period, a time, he said, when he “wanted to be hopeful, control what I could control, and stay positive.” After some soul searching and moodboarding, a picture of the Dalai Lama was what stuck…and then the idea he coined of “Bright on the Inside.”

At face value these clothes don’t look much like what the Dalai Lama would wear, nor are they particularly bright, even though a new technique of burnout terry cloth means the linings are electric shades of green. But Elliott’s point is less about obvious expressions of peacefulness or joy and more about how the clothes you wear are a vehicle for your own happiness. Here, he has rethought his materials and his silhouettes to be bolder and more liberated—no more basic basics. His womenswear offering of thin, cropped tops and baggy cargo trousers is younger and sexier than what he might have offered previously, garments, he says “that feel like a risk” but reflect how his friends in Los Angeles are dressing. His menswear aims more at Italian tailoring ideals with poetic crumpled shirting and boxy double-breasted blazers. A grungy, lived-in look informs the denim offering, with raw edges and hand-painted techniques.

Elliott’s see-now-buy-now collection will debut in the three stores he opened during the pandemic, which are growing organically and bringing new clients into his laid-back but sophisticated world. It doesn’t seem too complicated, or even too revelatory, but after the chaotic years we’ve had, his simple surefootedness may be enough.