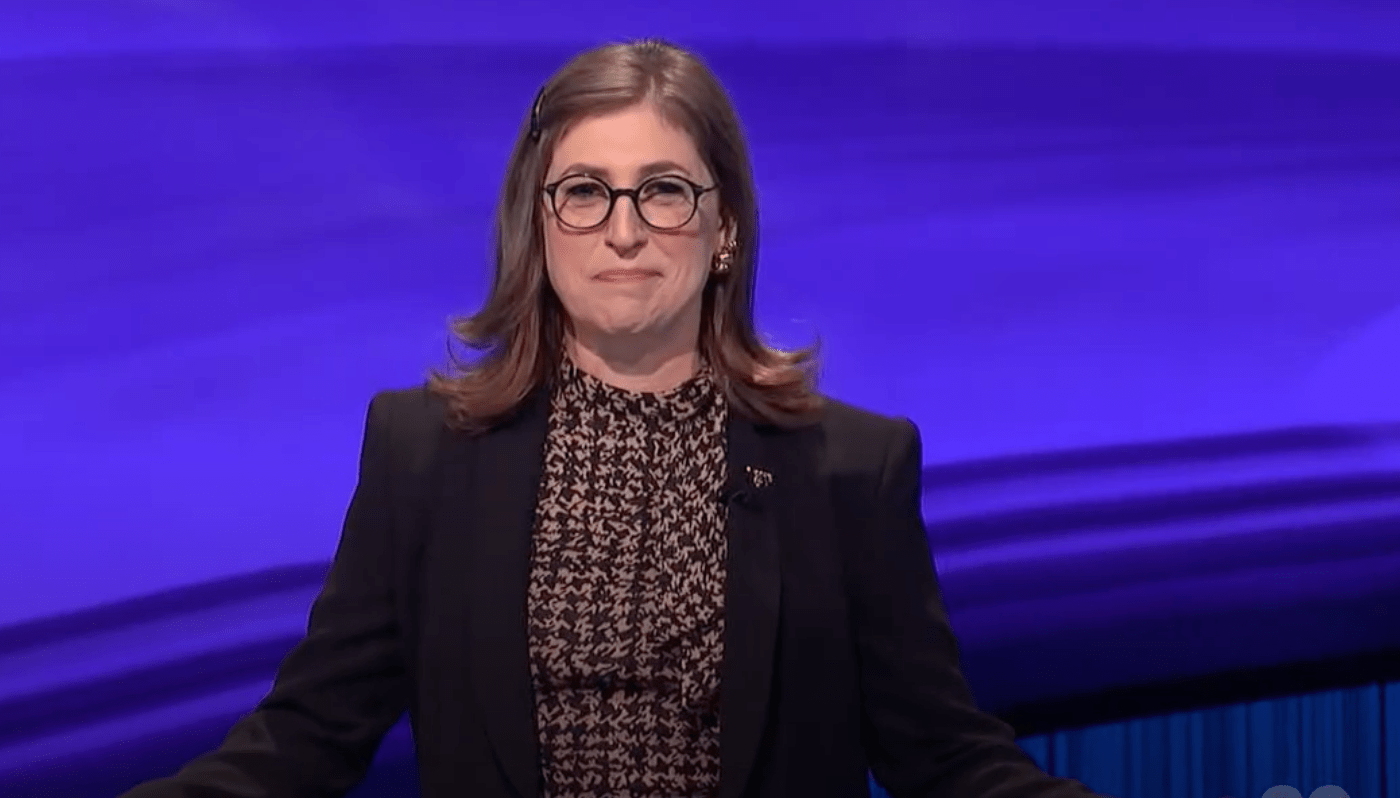 JEOPARDY! fans have slammed Mayim Bialik once more for a “confusing” question Tuesday.

Mayim, 46, is hosting Jeopardy! for a second week in a row, returning after Ken’s prior three weeks at the helm and announcement he’d be out for “months.”

This comes as it was also announced that Mayim will be hosting the primetime spinoff, Celebrity Jeopardy! in the fall.

The permanent hosting slot, however, is still on the board and will be decided by the end of Season 38 in July 2022.

And fans fumed on May 17th over Mayim’s hosting yet again after one “BS” moment.

In the Celebrity Jeopardy reveal, the network stated: “A host will be announced at a later date.”

However Variety revealed in their announcement Mayim was set to announce it.

“Celebrity Jeopardy!” first aired in 1992, and the last celebrity tournament took place in 2015, according to The Richest.

It’s set to air alongside Celebrity Wheel of Fortune on ABC on Sundays.

Mayim’s likely new gig comes as fans have started to speculate that Ken will be named permanent host of the original Jeopardy!.

Ken shared earlier this month that he’d be out for “months” but viewers think he’ll be back for good upon his return.

The 47-year-old wrote on Twitter: “I’m handing the keys back to the talented actor-producer-writer-director (!) Mayim Bialik for a few months.

“We are lucky to have her! Thanks for watching, and I’ll be back before the end of the season.”

Mayim will also soon have her hands full with her other show, Fox’s Call Me Kat, which was just renewed for a Season 3.

Fans rushed to Reddit after the announcement to discuss what this could mean for the actress’ future on the game show, as she stars as the titular Kat in the multi-camera sitcom.

Some felt this was “the deciding factor,” claiming Mayim will be “too busy” to do both shows – in fact, hundreds commented in agreement.

As one wrote: “Another good sign pointing towards Ken hosting the syndicated show full-time.”

“Good – let Mayim host Celebrity Jeopardy and get Ken Jennings back on the nightly show,” one Twitter user wrote as the gig wouldn’t preclude Ken from hosting the regular show.