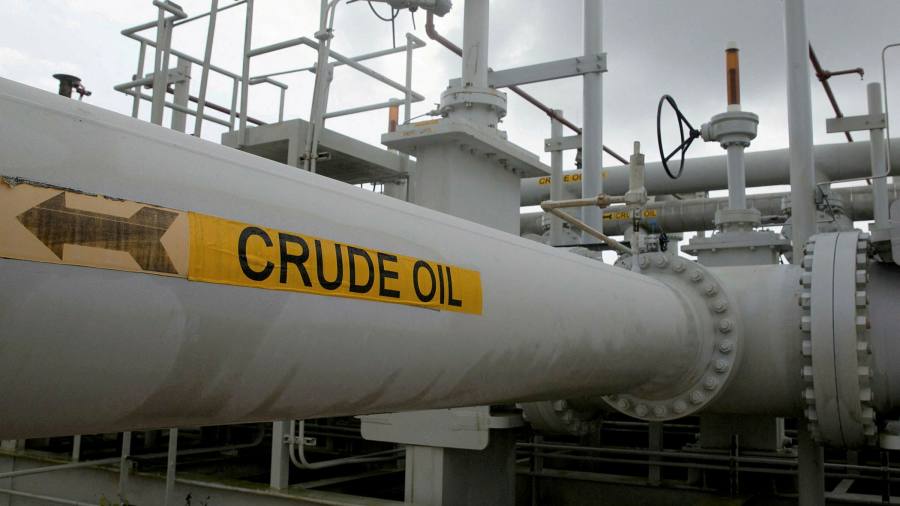 The US and other big oil consuming nations have agreed to tap 60mn barrels of oil from their emergency stockpiles to address a surge in prices and concerns over depleted supplies since Russia invaded Ukraine.

The International Energy Agency said on Tuesday that the co-ordinated release, the fourth in its history, would send a “unified and strong message to global oil markets that there will be no shortfall” because of the invasion. The body will consider “possible additional emergency oil stock draws, as needed”, it added.

Russia is the world’s third-largest crude producer and the second-biggest exporter of oil, sending about 5mn barrels a day to global markets.

As US and European countries impose punishing sanctions on Russia’s financial sector, oil traders have grown increasingly concerned about potential disruptions to oil supplies. Benchmark Brent crude oil was trading up 8.2 per cent at more than $106 a barrel on Tuesday.

Officials in the Biden administration have said they want to try to ensure that Russian energy continues to flow to international markets to minimise domestic economic damage from sanctions on Russia. Half of the IEA’s co-ordinated oil release, or 30mn barrels, will come from the US’s strategic petroleum reserve, said Jennifer Granholm, US energy secretary.

“We stand prepared to take additional measures if conditions warrant,” she said.

The US previously announced the release of 50mn barrels of oil from its strategic reserve to try to ease rallying oil prices late last year, in conjunction with a smaller group of other countries.

Tuesday’s IEA announcement came on the same day that members of the Opec+ alliance of oil exporters, which includes Russia, have gathered for the first time since Moscow launched its invasion of Ukraine last week. But the group, which has struggled to keep up with its own production targets, has signalled that it does not plan to accelerate planned output increases in response to higher prices.

“Global energy security is under threat, putting the world economy at risk during a fragile stage of the recovery,” said Fatih Birol, the IEA’s executive director.

The 60mn barrel release accounts for about 4 per cent of IEA members’ 1.5bn barrels of total emergency stockpiles, the group said. World oil demand is about 100mn barrels a day.

The IEA, founded after the Arab oil embargo in 1973-74, is made up of 31 member countries across Europe, North America and Asia, and represents the interests of major energy consumers. The group’s previous co-ordinated release was in 2011 when supplies were disrupted by the Libyan civil war.

The agency said that its governing board “encouraged each member country to do its utmost to support Ukraine in the supply of oil products, recommending that governments and consumers maintain and intensify conservation efforts”.

IEA members also discussed Europe’s reliance on natural gas from Russia. On Thursday, the agency said it would release a “10-point plan for how European countries can reduce their reliance on Russian gas supplies by next winter”.