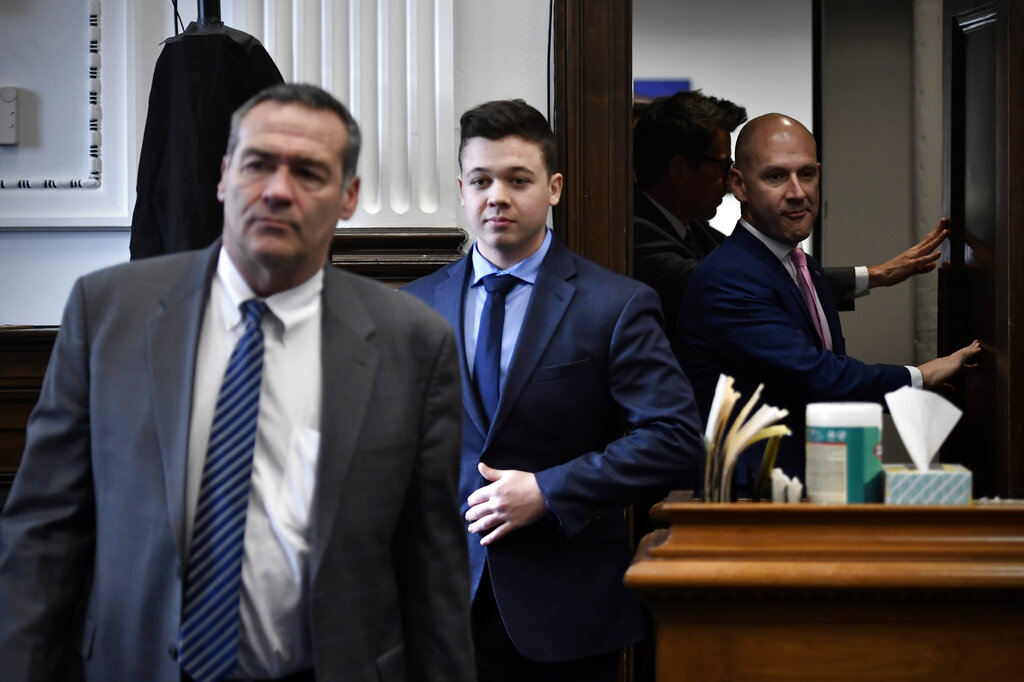 (THE HILL) — Kyle Rittenhouse’s defense attorney Mark Richards said Friday that he threw Fox News host Tucker Carlson’s crew “out of the room several times” while they were filming footage for a documentary about the teen during his trial.

On Friday, Fox News announced a “Tucker Carlson Originals” documentary to air on Fox Nation in December that will include behind-the-scenes footage of Rittenhouse’s defense team during his trial and additional clips of an interview Carlson is set to have with Rittenhouse on Monday.

In an interview with CNN’s Chris Cuomo, Richards detailed the decision to have a film crew follow the defense team around during the 18-year-old’s homicide trial.

Rittenhouse was acquitted of all five charges related to the fatal shooting of two demonstrators and the wounding of a third person at a protest in Kenosha, Wisconsin, last year. Civil unrest broke out in August 2020 in Kenosha after the police shooting of Jacob Blake, a Black man, whose wounds left him paralyzed after the incident.

Richards told Cuomo on Friday night that the film crew was a “definite distraction” and said he did “not approve” of it. He added that he kicked the crew members “out of the room several times” during the process.

“I didn’t approve of it, but I’m not always the boss,” Richards added.

Richards said the money for the attorneys was “crowdfunded” and that the people with the final decision on the film crew were Rittenhouse’s family and adviser.

“I had a talk with Kyle. All I can say is what I say. Kyle is going to have some hard choices in his life about the direction he goes and what he stands for. Those will have to be made by Kyle eventually. As (co-counsel Corey Chirafisi) and I told him yesterday as we were waiting along for the verdict, he needs to learn how to take responsibility and to tell people no,” Richards said.

In a preview of the documentary footage, Rittenhouse can be seen talking about his feelings after the jury unanimously found him not guilty of all charges, including intentional homicide.

“Self-defense is not illegal,” Rittenhouse says from the back seat of a car.