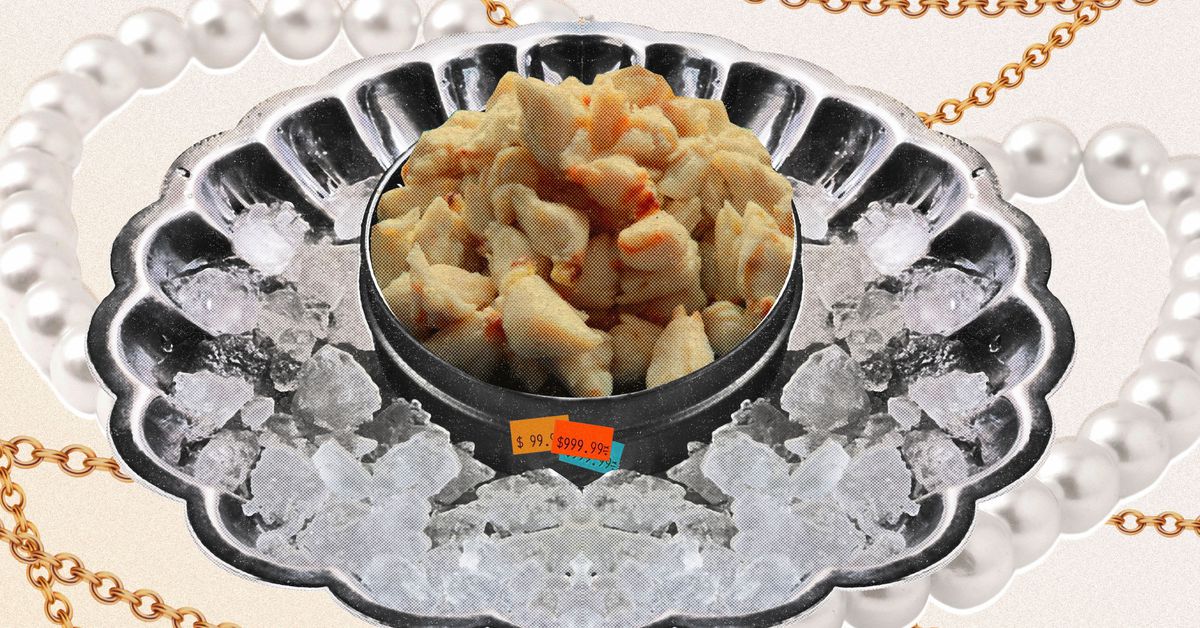 After COVID-19 vaccines became widely available and D.C. lifted indoor dining restrictions, seafood restaurants around the city were looking forward to a summer boom. But for businesses that depend on blue crab, perhaps the most prized product found in Chesapeake waters, the party never started. Scarce supply and record-breaking prices made many professional kitchens alter their approach to selling crab — and caused some to cut it from their menus entirely.

In previous years, chefs grew accustomed to paying less than $30 per pound for lump crab meat, the Cadillac of the crab market. This year, the cost held steady around $50 per pound all summer. In 2020, a bushel of XL-sized, or “jumbo” crabs — the holy grail of the species, which stretch from between 6 and 7 inches across — cost $180. In 2021, that price soared to $300. In an unprecedented move, Clyde’s, a leading D.C.-area chain known for oysters, seafood, and burgers, stopped making its best-selling crabcakes all season, offering customers a shrimp cake instead.

The timing couldn’t have been worse for H Street NE newcomer Kitchen Cray, which has quickly amassed a following for Caribbean-influenced soul food loaded with crab. Chef and owner J.R. Robinson likes to plate up crab fries and tots, crab omelets, shrimp and grits with crab, and loaded salmon or catfish with crab. But in the past few months, as prices nearly doubled, he had to rethink his whole menu in D.C. and at his original location in Lanham, Maryland. At Kitchen Cray, customers went from paying $26 to $40 for a single 6-ounce crabcake, so Robinson eventually decided to stop making them.

“It was crazy for us because we had to basically take it off the menu and switch to crawfish tails. Maryland is the crab state so people want to see some type of crab on the menu,” he says. “We only use jumbo lump. We didn’t want to cut and change products. If we do it, we do it right or not at all.”

Other supply problems have pushed Kitchen Cray to switch from chicken thighs to breasts, and to add oxtail into some rice dishes. Shrimp prices are about the same, so that’s making more appearances, too. “As long as it tastes good and [is] not killing people’s pockets,” Robinson says.

For customers who still want to splurge, Robinson offers fried lobster tails and claws as a topper on dishes that range from $28 to $49. Nearby, at raw bar Brine, crab is off the menu, but there’s a new whole lobster special on Wednesdays that fluctuates from $35 to $45.

Rather than remove crab entirely, some restaurants have decided to serve it in smaller doses that reflect its luxury status.

At Shabu Plus, a new place in Adams Morgan for Japanese hot pot, crab and caviar are combined in a $110 entree. For that hefty fee, customers get a lump-crab steamed egg custard dressed with Royal Siberian Ossetra caviar. At $29, a small plate of butter-poached lobster is a more accessible option. At Martin’s Tavern, in Georgetown, diners can get a pair of petite crabcakes for $18.95, but a plate of two 6-ounce portions costs $48, including two sides. No Goodbyes, the new restaurant at the Line hotel that follows a hyper-local sourcing philosophy, opted to run specials like crab hushpuppies and crab croquettes instead of attempting to serve crabcakes. Chef Opie Crooks says those moves reflected that the kitchen could only afford to bring in lump crabmeat, not jumbo lump.

Restaurants that serve whole steamed crabs had to alter their business strategy, too. At 60-year-old Bethesda Crab House, prices for all-you-can-eat feasts held steady all summer, starting at $70 per person for small crabs and ballooning to $160 for XLs. Year-round crab house Quarterdeck in Arlington sold a dozen XLs for $135. At Baltimore’s Choptank, being closer to the water paid off this year; there, prices for a dozen XL blues have been around $25 cheaper than at Quarterdeck.

Costs were already surging by the time Valor Brewpub owner Gaynor Jablonski started to promote a summer crab-picking pop-up. When supply was strong and prices were normal in 2020, he would typically order an extra bushel or two so he wouldn’t run out. “Now I look at Resy, [then] buy almost the exact amount. Sometimes we run out on Saturday afternoon,” he said this summer.

Part of the problem can be attributed to former President Donald Trump, who last year suspended temporary visas that allow hundreds of thousands of foreign workers to fill key roles in fishing, crabbing, and other industries. So as the heart of crab season converged with restaurants lifting pandemic-era restrictions, prices surged 50 percent or more. Jablonski says cold waters contributed to a light summer catch.

“It’s just a down year overall, and then add in the fact you have shortages of labor, transportation, and crabs,” Jablonski says. “I think everyone was anticipating it, but my opinion is no one was ready.”

Jablonski says he couldn’t get Maryland crabs from local distributors until mid-May. Before that he was flying the same species in from Louisiana. Factoring in transit costs, bushels ballooned to $420. “When you start shipping crabs and flying them in, your death rate goes up,” he says. “There’s one week where half were dead when we received the bushel. And the last thing you want to do is cook dead crabs and get someone sick.” Despite Valor’s proximity to Maryland waters, Jablonski says the size of shipments went way down, from about 10 to 15 barrels at a time to just two or three.

Labor Day marked the end of Valor’s crab pop-up, when the business switched gears to football season and a focus on barbecue.

Tim Lydon, a vice president and co-owner at purveyor Profish, calls 2021 the worst crab year on record. “It’s remarkable,” he says. “There is no catch.”

“I talk to Maryland fishermen all the time who are catching no crabs,” Lydon says. “As much as I grill them, I am super respectful of these guys I’ve been dealing with for 30 years.”

Crab meat — which includes mixes of back fin and claw that go into cakes and dips — also comes from distributors in Venezuela, the Philippines, and China. Even claw meat — considered the least desirable — has been in the low $20s per pound. The foreign products, both swimming crabs from the Pacific and blues from South America, are often passed off as Maryland crab; an Oceana report published in 2015 found that 48 percent of advertised Chesapeake crabcakes it tested in Maryland and D.C. contained imported species.

Over the summer, Profish sold a good amount of Venezuelan crab meat, Lydon says. COVID-19 outbreaks have hit the supply of similar products from Indonesia, China, and Mexico. “Between the lack of availability of imported product and the limited production domestically, what’s happened is the only winner is Venezuela,” Lydon says, adding that the lack of competition has allowed crab sellers from the country to increase prices by 250 to 300 percent.

Venezuelan packers observe a government-mandated conservation period from August 15 until October 15, leading to a decrease in foreign supply that should raise demand for local blues. Before that, restaurant clients who are desperate for crab are stuck paying premiums for a foreign product. “It’s a horrible position, and I feel terrible for restaurants trying to make money paying $60 a pound,” Lydon says.

As a wholesaler, Profish had paid upward of $57 per pound just to turn around and sell it for $59. As of early October, the price for jumbo lump had fallen into the $40-to-$50 range.