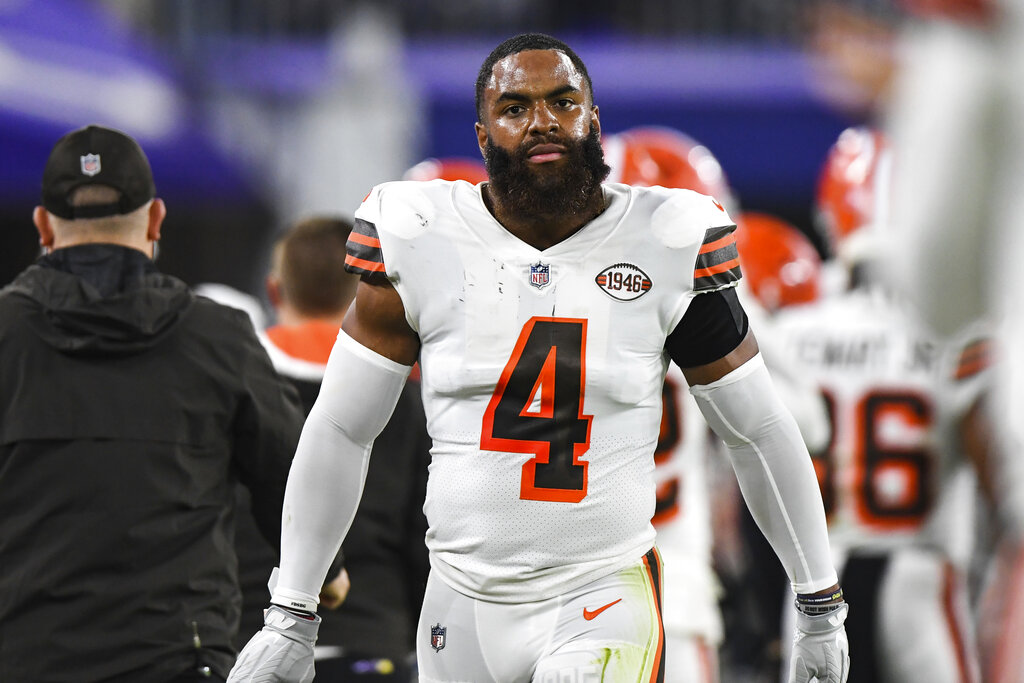 Here’s how leagues are responding:

The NHL begins a leaguewide shutdown Wednesday after more than 15% of its 700-plus players find themselves in virus protocol.

The NHL is the first major American sports league to halt play entirely in the face of rising omicron infections, which now accounts for almost 75% of new cases nationwide.

In a statement Monday night, the league announced the regular-season schedule will resume Dec. 27.

The NFL made its first change to the 2021 regular season due to the pandemic, rescheduling three week-15 games. This, as more than 100 football players find themselves with COVID.

“Sometimes a wakeup call is pretty good for everybody,” Mayfield said.

The Cleveland quarterback took to Twitter to call out the NFL for relaxing its testing protocols after he became one of 20 on the Browns to test positive following a team practice.

It’s a pandemic déjà vu for the NBA again. So far, seven games have been postponed this season as 75 of its players are currently benched by COVID.

“Its almost like you get pulled out of class and everybody’s kind of like ooooh….,” said Blake Griffin with the Brooklyn Nets.

The NBA and its players association agreed that through mid-January, teams could add replacement players for those who have to enter COVID protocols.