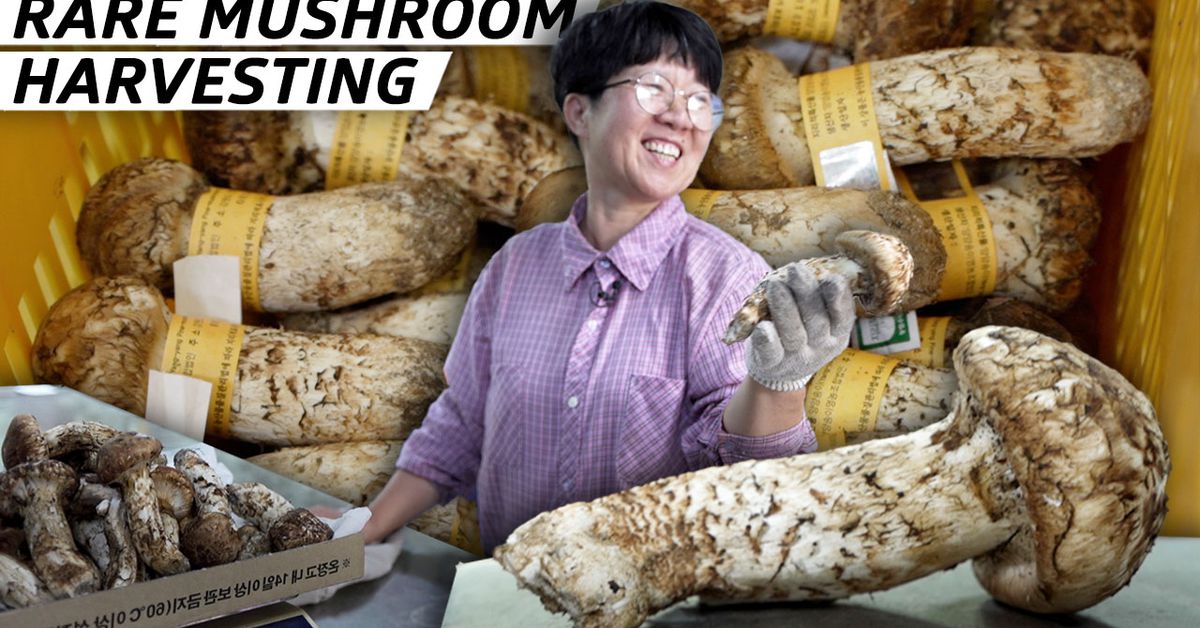 “First of all [I bring] a large bag to bring back the pine mushrooms,” says Yang Hee Kim, foraging expert and CEO of Yangyang Sonyi Farm. “I always bring a big bag with big expectations.” She is preparing to go into the mountains of Yangyang county in Gangwon Province, South Korea to forage for the elusive fungus.

Yangyang pine mushrooms, known to be the best of the variety, command a high price for a number of reasons. For one, they cannot be artificially cultivated, like some other wild mushrooms. They can only grow near pine trees that are 20 to 50 years old, in just 50 locations. Additionally, they can only be harvested 30 days out of the year — specifically between September 10th and October 10th. “Harvesting it at the right time is a skill of a master,” says Yang Hee Kim. She explains that after learning from her father, who has foraged pine mushrooms for decades, she has cultivated her eye to know how to spot them, and the best time to dig them up, down to the day.

Once she’s satisfied with her harvest, she brings them to the National Forestry Cooperative Federation to be weighed, inspected, and graded. They then get sold at competitive auctions, where, depending on the grade, people pay anything between 130,000 won to 1 million won per kilogram, which is about $50 to $385 per pound.

Check out the full video to learn more about how Yangyang pine mushrooms are foraged, sold, and cooked.