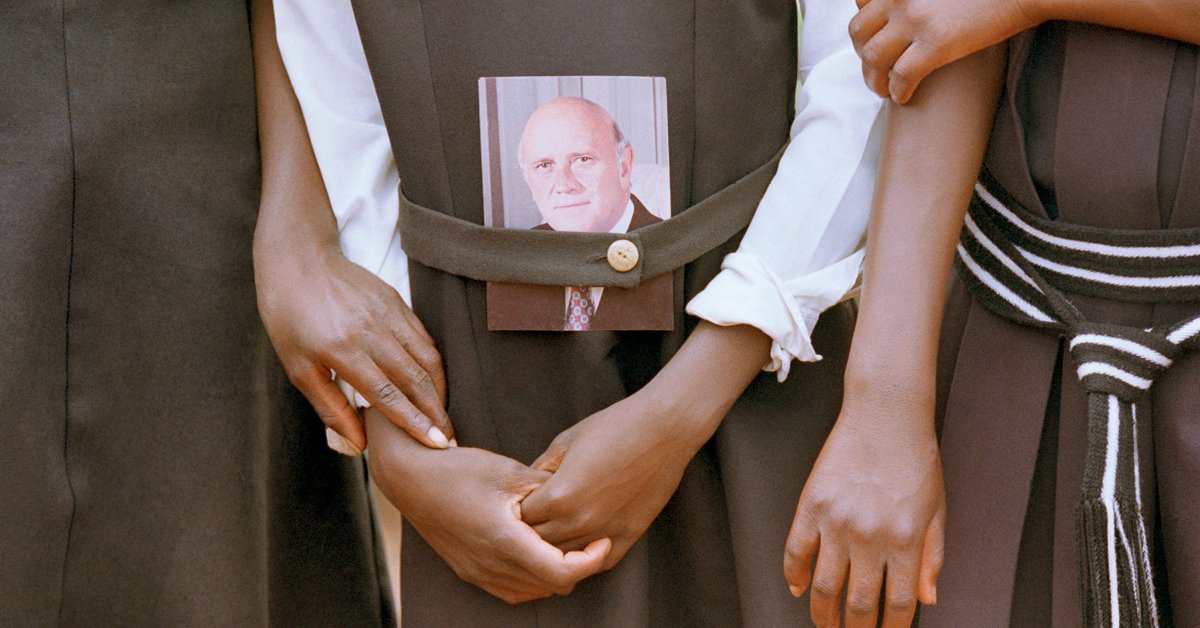 In 1991, two years after he became president of South Africa, F.W. de Klerk, who died at the age of 85, secretly met with Nelson Mandela at Tuynhus, the South African president’s residence in Cape Town. Mandela was then prisoner number 466/64 at nearby Victor Verster prison. Mandela may have been a prisoner, but he was by then the most famous political prisoner in the world. De Klerk was a longtime National Party functionary who had succeeded the ferocious P.W. Botha as the head of the racist apartheid government of South Africa.

It was the first time they had met, and prison officials had hurriedly ordered a three-piece suit and tie for Mandela. The meeting was formal, but cordial. The two discussed the future of South Africa and Mandela’s possible release. De Klerk and the National Party had recently released a five-year plan that enshrined the idea of “group rights,” a version of traditional apartheid policy that said whites and blacks would remain separate with neither dominant. South African Blacks saw this as a way of avoiding majority rule.

Mandela didn’t hesitate. He said that was unacceptable.

South African President Nelson Mandela shakes hands with F.W. de Klerk, the former president and one of Mandela’s deputy presidents, after the inaugural sitting in May 1994

Mandela recalled all of this to me in 1993 when I was working with him on his autobiography, Long Walk to Freedom. We discussed de Klerk many times during our sixty plus hours of taped interviews, but here he was describing that first meeting, and doing so with enthusiasm. All of Mandela’s quotes are from the transcripts of those interviews.

“I told him that I totally rejected that. I referred to an article which was written in Die Burger, which is an Afrikaner newspaper—the mouthpiece of the National Party in the Cape—in which the editor said that the concept of groups rights was conceived as an attempt to bring apartheid in through the back door. And I said to Mr. de Klerk that if your own paper says that, then you can imagine what we say.”

“I was then tremendously impressed because he immediately said, ‘Well, my aim here is no different than yours…If you don’t want the concept of group rights, I will remove it.’”

And then Mandela added, “The result of that meeting was that I was able to write to our people to say, ‘I have met de Klerk and I think that he is the type of leader we can conclude an agreement with.”

That proved to be an understatement. De Klerk released Mandela later that year, and after five years of tempestuous and difficult negotiations, Mandela became the first democratically elected president of South Africa—and de Klerk became the last minority white one.

Mandela’s relationship with de Klerk was complicated. There are those who thought Mandela was too willing to see the good in de Klerk and was sometimes deceived by him. When I later asked him about that, Mandela was thoughtful. Yes, he replied, he often did trust people, and was sometimes betrayed by them. When I asked him whether de Klerk morally rejected apartheid or was just a “political incrementalist,” he rejected the premise of my question and any psychologizing of his relationship with de Klerk. “When you are negotiating, you have to accept what a man says. He says apartheid has failed; he wants to bring about a non-racial society. We have no reason to doubt that…We must accept that he does want democratic changes.”

For Mandela, the only way you can tell whether to trust someone is to trust them. And that’s what he did with de Klerk. There were times he felt betrayed, and he once publicly said he regretted calling de Klerk an “honorable man,” but in the end, they avoided a possible civil war and achieved a free and democratic South Africa. In 1993, they were jointly awarded the Nobel Peace Prize.

I met de Klerk twice when I was working with Mandela, and then again many years later in New York. During those first two meetings, I couldn’t shake one small detail: he smoked the entire time, oftentimes lighting a new cigarette with the stub of his old one. Mandela could not abide smoking, but from his expression, you’d think he was breathing the loveliest perfume in the world. He never said anything. I interviewed de Klerk at the Council of Foreign Relations in New York, and when I went in to see him in the holding room fifteen minutes before the interview, the first question he asked me was, “Can I have a cigarette here?”

There was nothing in de Klerk’s history that would lead you to think he would become a reformer. He was born into a very strict sect of the Dutch Reformed Church. His father had been a cabinet member in the first apartheid government in 1948. de Klerk had served for a decade with P.W. Botha, whose nickname was “the great crocodile.” But somewhere along the line, this dour and lawyerly Afrikaner politician had realized that his white supremacist ideology was on the wrong side of history. The Berlin Wall had just come down, and he told his brother that he wondered if this was a sign from God. But when he spoke before the nation in 1990 and announced that he was unbanning the ANC and releasing Mandela, it was an act of profound courage, which Mandela himself acknowledged.

But at the time, I don’t believe he thought that what he was doing would lead to one-man, one-vote black majority rule. I think he was a little like Mikhail Gorbachev, another Nobel laureate who started a process that he thought he could control, but in the end could not.

De Klerk had an extremely difficult balancing act. He faced a near mutiny in his own party, many of whom thought he was going too far. He had a challenge from an increasingly popular Conservative party, which was to his right. He also had to deal with a violent extremist wing that believed that white militias should attack the Black masses as Afrikaner nationalists had done in the 19th century.

Mandela understood this. He was always shrewd about the pressures on his adversary. He had his own left-wing that he had to satisfy. Mandela needed de Klerk to stay in power and he needed de Klerk to try to placate his own right wing. When the ANC agreed to suspend the armed struggle in 1990, Mandela told me, “We wanted to help ensure that his efforts succeed. And his effort would succeed if he was able to go back to the whites and say, ‘Look at the fruits of the new policy of negotiations. We are talking to the enemy and we have brought about a cessation of hostilities.’”

But it was during the orgy of violence in the early ’90s and the emergence of a shadowy so-called “Third Force,” a violent extremist movement that was attempting to tip the country into civil war, that Mandela’s relationship with de Klerk almost ruptured. Mandela recalled going to the scene of a particularly brutal massacre in Sebokeng, where 30 people were killed. Mandela was horrified. He told me he said to de Klerk that “in any country when 30 people have been killed the head of state would immediately make a statement expressing his sympathy to the next of kin, and calling for the arrest of these people. Why have you not done so? He just had no answer at all…Mr. de Klerk never came back to me about it.”

In 1994, de Klerk ran against Mandela in South Africa’s first democratic non-racial election. Mandela and the ANC won more than 60% of the vote while de Klerk and the National Party won a little more than 20%. But it was a unity government and de Klerk served as one of Mandela’s deputy presidents. It wasn’t a happy partnership, and de Klerk retired from politics in 1997.

In his retirement, he was nothing like the beloved international figure of Mandela. He had always insisted that the concept of apartheid was “an honorable vision of justice” that became corrupted and was poorly implemented. But in 1996, he testified before South Africa’s Truth and Reconciliation Commission and apologized for the “pain and suffering” that apartheid had caused. In the end, though, Frederik Willem de Klerk did much to undo the wrongs he never fully acknowledged.