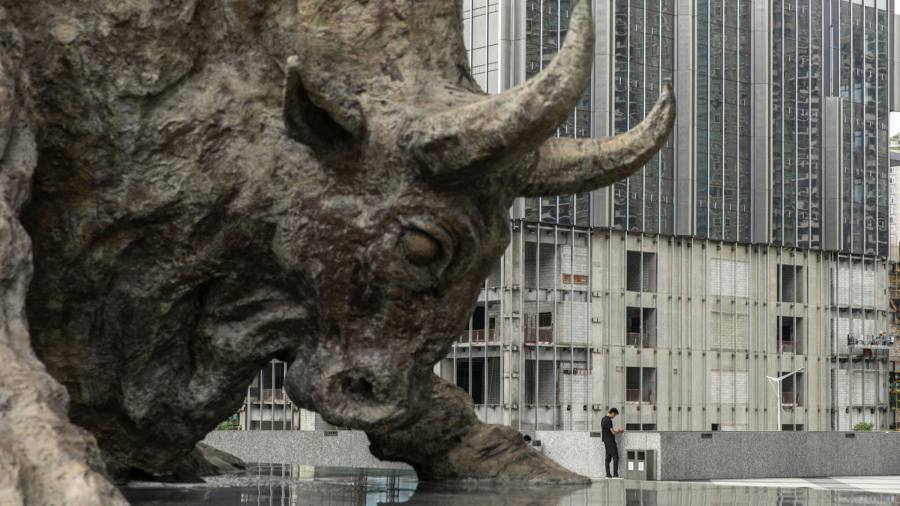 “Another quant titan invests in China” ran the headline in China Fund, a financial newspaper.

Perhaps no fund manager in the computer-powered quantitative investment industry could provoke as much excitement entering China as DE Shaw, the secretive firm founded by reclusive computer scientist David Shaw in 1988 that is today one of the biggest and most successful hedge funds in the world.

The firm declined to comment on its application to China’s qualified foreign institutional investor, or QFII programme, which allows direct trading in onshore markets. But a person familiar with the fund manager’s thinking said regulatory reforms late last year and “the growing market opportunity in China” made applying more attractive.

Quant fund interest in China has exploded this year, according to fund managers and prime brokers in the region. Better tools for hedging, easier access and heavy trading by Chinese retail investors, who create copious opportunities for quant strategies to generate returns, all lure the quant funds in.

“A lot of people have been interested in the long bet on China, [including] growing consumption and the growth of the middle class,” said Christopher Lee, chief investment officer at Zentific Investment Management, a hedge fund with quantitative strategies. “But recently what has changed is hedging and shorting is better.”

Previously, large hedge funds like those controlled by BlackRock and Man Group were less able to run standard quant strategies in China. That has begun to change, most notably with reforms last September granting QFII investors access to derivatives including some futures and options, and removing guidelines forbidding speculative trade in financial futures.

The founder of a Hong Kong-based quant hedge fund and industry veteran said there had been “a great deal of interest” in China this year, as strong performance for some China-focused hedge funds, including quants, testified to “exploitable inefficiencies in the Chinese market”.

The ultimate draw for quants in China are the country’s retail investors, who drive heavy turnover in Shanghai and Shenzhen.

“There is a lot of systematic flow there . . . because there is a lot of local retail flow,” said one European quant fund executive, while industry insiders point to retail investors’ lack of sophistication and frequent failure to conduct fundamental analysis which can make them easier to bet against. Zentific’s Lee, citing the unorthodox strategies used by online traders in the US earlier this year, described the overwhelming number of Chinese retail traders as contributing to a market that was “Reddit times one hundred”.

And while quants could theoretically trade through Hong Kong’s stock connect programmes with Shanghai and Shenzhen, these link-ups covered less than half of companies trading in the mainland’s so-called A-share market as of the end of 2020.

Hence a flurry of applications from the likes of DE Shaw, which for all its discretion in seeking QFII status made its interest in China clear last month by publishing a research paper on methods for calculating returns on Chinese stocks hit by extended trading halts.

Foreign traders, particularly hedge and quant funds, have not always felt so welcome in China. During a stock market implosion in 2015 authorities were quick to pin blame on “malicious” short selling, particularly by foreign funds, before shutting down short selling completely.

Since then, regulators have warmed to foreign funds. Beijing streamlined the QFII application process last November, and 156 new investors have been approved, official records show. The most recent 150 approvals from before the overhaul were spread out over a period of more than six years.

In a speech to the World Federation of Exchanges last month Yi Huiman, the chair of the CSRC, named quantitative trading among the “new challenges” faced by China’s markets, warning that it could lead to “increased volatility, violations of market fairness and other issues”.

Despite these concerns Bruce Pang, head of research at China Renaissance, estimated quants in China contributed a maximum of 10 to 20 per cent of daily stocks turnover — most of which probably came from domestic funds. But he added that while Beijing was encouraging “manageable” growth of quant trading, non-Chinese funds would still be vulnerable if markets tanked.

“If [regulators] want to pick someone to blame they have to blame the overseas quants, because domestic peers are still under-developed,” Pang said.

Markets veterans in Asia are acutely aware of this. “[In China] you don’t want to be too cutting edge,” said the hedge fund founder. “Pushing the envelope carries a higher level of risk.”