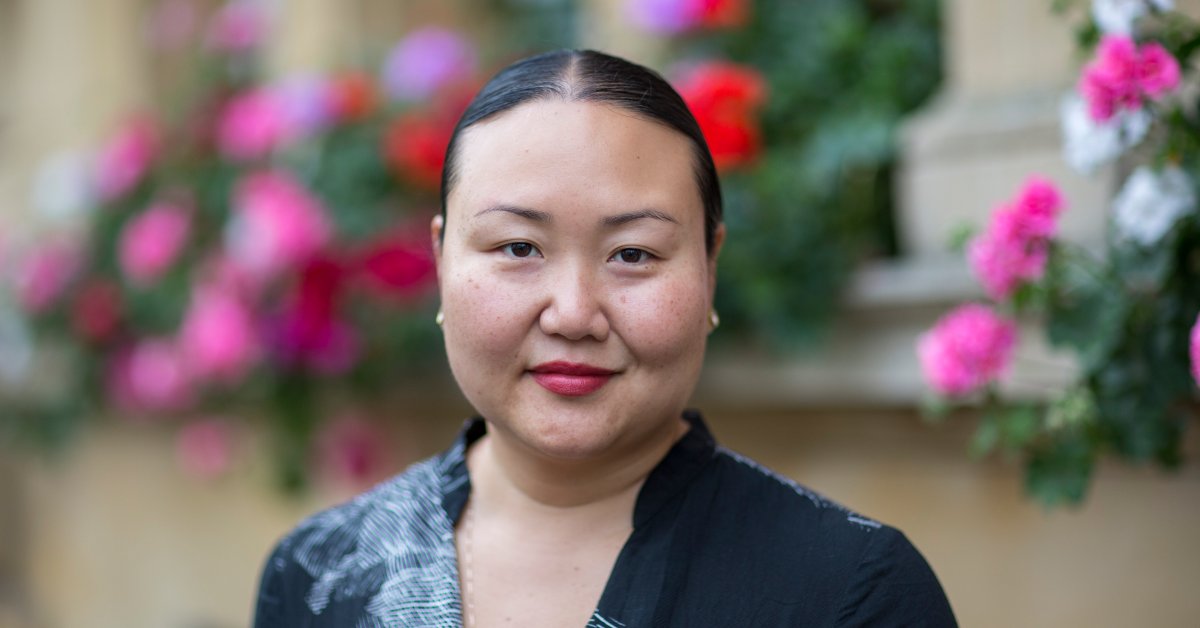 One of the most anticipated books of the year, Hanya Yanagihara’s To Paradise, is already one its most debated. The doorstopping 720-page novel is split into three sections, each focused on different characters by the same names, living through different eras—and versions—of America. It’s a sweeping and at times disturbing look at an alternate history and a window into a very near future, one that expects its reader to do the work of making connections between intricately drawn worlds.

The concept of To Paradise came into focus for Yanagihara shortly after hearing news of the Muslim ban in early 2017. “I started thinking about this idea of paradise, which, of course, is a place that keeps people out, not lets people in,” says Yanagihara, who is also the editor-in-chief of T Magazine. “I started wondering: has America been predicated on the wrong kind of allegory all along?”
[time-brightcove not-tgx=”true”]

The response to the book, even before it was published Jan. 11, has been reminiscent of the discourse that surrounded Yanagihara’s polarizing second novel A Little Life. That book, which followed four college friends in New York City as they navigated success, addiction, growing older and being tormented by their pasts, was a finalist for both the National Book Award and the Booker Prize and, according to the publisher, went on to sell an staggering 1.5 million-plus copies. In reviews, the Atlantic declared it an “astonishing and ambitious chronicle of queer life in America,” the New Yorker called it “elemental” and “irreducible” and the Wall Street Journal announced Yanagihara’s arrival “as a major American novelist.” But amid the celebration of A Little Life, a debate broke out over whether it contained excessive depictions of trauma—and whether that emotional content might have obscured a clumsily written book.

For her part, Yanagihara says she takes little stock in the reception of her novels, whether good or bad. “My feeling is the reader can react however he or she wants,” she says. The author spoke with TIME about writing To Paradise, ignoring social media and defining the relationship between her editorial perspective and her fiction.

The third section of To Paradise envisions a world facing pandemic after pandemic. What do you make of people referring to it as a “pandemic novel”?

That’s probably an inevitable reductive shorthand. It’s not not a pandemic novel. Ultimately, if it’s predictive at all, it’s less about the pandemic and more about the questions that many of us are asking ourselves as Americans at this moment. Who gets to write the history of America, and who gets to remember it? There’s a line that repeats in every section of this book: “America is a country with sin at its heart.”

What is that sin?

In the book, it’s the sin of slavery. Each of these versions of America, although they’re very different, has slavery at its heart.

Many of the characters in To Paradise share the same name. What drew you to making that decision?

Humans always think that we’re the ones who are writing our names upon history, but what if it’s the opposite? What if history is actually writing its names upon us? The worlds change, and the circumstances change, but the characters and what they want—that they want to be loved and to love someone—remain the same. The human condition remains unaltered, no matter the circumstances or the era.

In researching for our conversation, I saw some very mean tweets about the book from a contemporary author. How do you deal with Internet bullies?

Well, I’m not on Twitter. And I don’t read reviews.

Those tweets reminded me of some of the debate around A Little Life, which felt like a divisive book: it got huge acclaim and was a massive best seller, but it also seemed like readers either loved it or hated it. How did it feel to wade through all that feedback?

When you aren’t reading comments, you’re not on Twitter or Facebook, you’re not reading reviews and you’re not on Goodreads, you really don’t hear a lot about it. Very rarely will someone take the time to send you a mean note. Some people do like to get more involved with the reception of their books, but my feeling is the reader can react however he or she wants.

What do you make of the commercial success of A Little Life?

It was a great surprise. It was something that happened organically because people read it and passed it along, and booksellers recommended it to people. You can’t force something like this to happen. I was just very, very lucky that it did.

Looking back on the novel now, what are you most proud of? Is there anything you would change?

Sure, probably. I’m most proud that I wrote a book that felt out of fashion—that it was singular, urgent and frightening to do. I really went for it all the way, even when it felt uncomfortable. I did it my way without compromises or concessions.

As editor-in-chief of T Magazine, how does your editorial perspective inform your fiction and vice versa?

I got to T in the spring of 2017, so I was thinking about [To Paradise] and beginning that new job simultaneously. One of the things that I really wanted to do when I got to the magazine was use the publication as a platform to reflect how various kinds of art, from architecture to fashion design to visual art, reflected the culture back to itself and also put the culture forward. The magazine has been great because it allows me to take a survey of so many different types of art. The world of the book is mine. It’s not about observing and reacting—it’s about creation.

Has your editorial perspective changed over the past two years, with all the constant devastation we’ve been living through?

Not really. At the heart, I’m not a cynical person. I hope that I don’t seem cynical on the pages of the magazine or in the pages of this book. Once you start becoming cynical, you stop engaging with the world around you because you feel that there’s no point. An artist and an editor has to be able to do so with energy and a sense of curiosity.

How do you find hope then? How do you not slip into becoming cynical?

There is so much interesting work being made. Even when one feels hopeless, you just have to look at the amount of passion and fervor and energy that other people have, and borrow it until you can get your own back.

This interview has been condensed and edited for clarity.