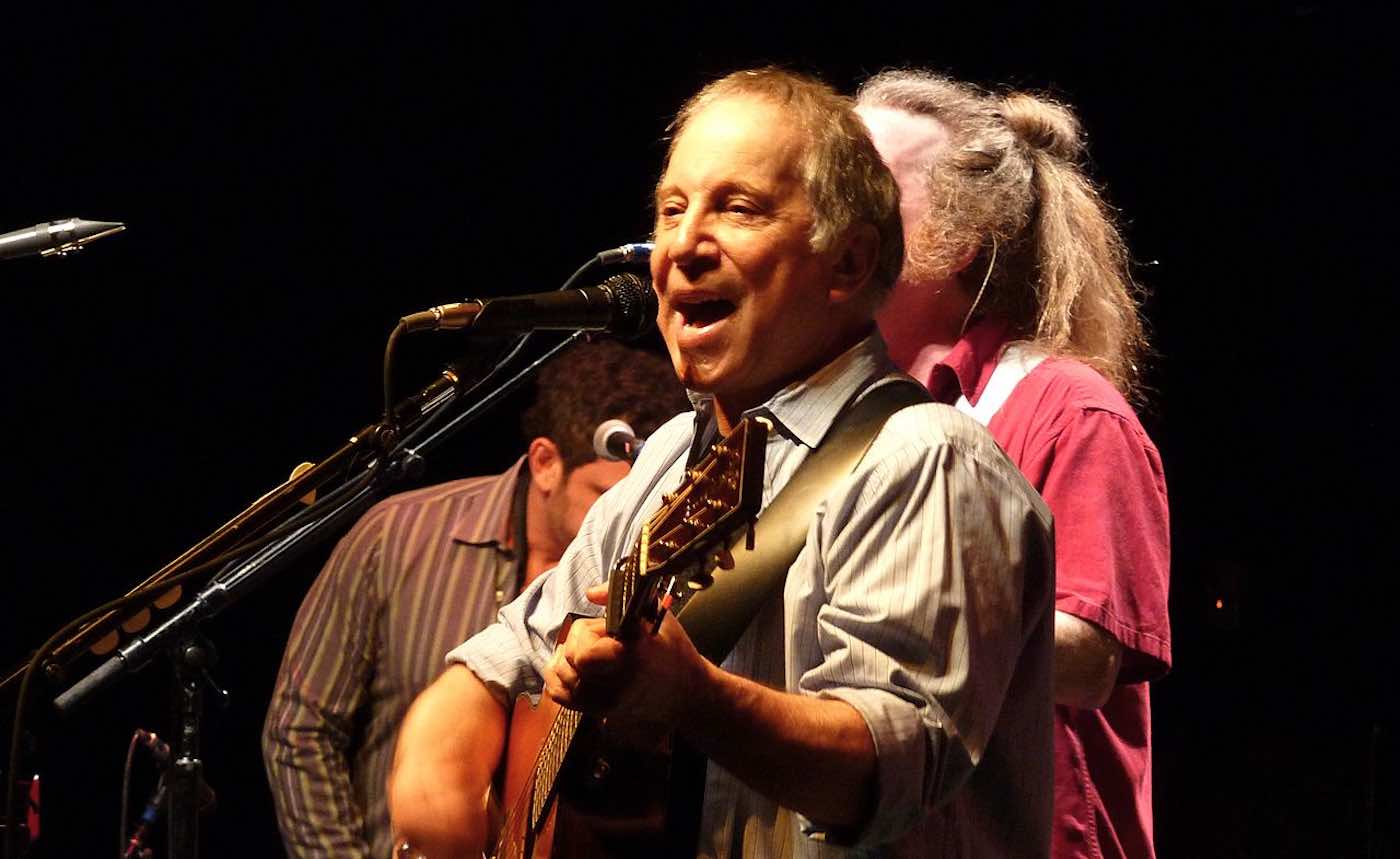 Happy Birthday to musician and singer-songwriter Paul Simon, who turns 80 years old today. He rose to fame with his duo Simon and Garfunkel—a partnership with Art Garfunkel that began when they met in a sixth grade performance of Alice in Wonderland.

They were soon performing at school dances, and after Simon wrote the song The Sound of Silence, it catapulted them to stardom in 1964. The folk-rock duo reached No.1 on the US album chart in 1968 with the soundtrack to The Graduate, containing the hit Mrs. Robinson, and again in 1970 with their biggest hit, Bridge over Troubled Water, which won five Grammys including Album, Record, and Song of the Year.

As a solo artist, Simon won two more Album of the Year Grammys for Still Crazy After All These Years, and Graceland—an album inspired by South African township music that sold 14 million copies worldwide as his most popular and acclaimed solo work. In 2016, he released Stranger to Stranger, which debuted at number 3 on the Billboard Album Chart and marked his greatest commercial and critical success in thirty years.

As an actor, he played a sleazy producer in Annie Hall, and was a 4-time host of Saturday Night Live—and sang his iconic hit The Boxer for first responders on the show’s first return episode after 9/11.

He announced his touring days were over in 2018, after a career of countless hits that include: Homeward Bound, Scarborough Fair, American Tune, Kodachrome, Loves Me Like A Rock, Me and Julio Down by the Schoolyard, Mother and Child Reunion, Cecilia, 50 Ways to Leave Your Lover, Slip Slidin’ Away, Diamonds On The Soles Of Her Shoes, Late in the Evening, and You Can Call Me Al.

27 years ago today, Northern Ireland reached the precipice of peace after the three main loyalist paramilitary groups announced a ceasefire in Belfast in response to a similar truce by the Irish Republican Army (IRA) seven weeks earlier. After 25 years of civil unrest, the declaration was hailed by political leaders on all sides. The Irish Prime Minister said the announcement marked the ‘“closure of a tragic chapter in our history”. (1994)

And on this day in 1843, Henry Jones and 11 others founded B’nai B’rith in New York City—the oldest Jewish service organization in the world. The new group’s constitution called for: “Visiting and attending the sick” and “protecting and assisting the widow and the orphan.”

Since 1865, it has also assisted victims of natural and manmade disasters—from the Great Chicago Fire of 1871, to the 2010 earthquakes in Haiti and Chile. Just six weeks after the signing of the Camp David Accords between Israel and Egypt in 1978, B’nai B’rith was the first Jewish group to visit that Arab country at the invitation of President Anwar Sadat. It also is involved in politics, combats anti-semitism, advocates for health care and social security, and sponsors housing for Jewish seniors with its network of 36 residence buildings in over 27 cities.

Also on this day, 11 years ago, 33 Chilean miners trapped deep underground for a record 69 days made the 17-minute journey to the surface, one by one, after surviving the best they could until the international team of rescuers were able to drill a passage and provide an escape pod. Never had anyone been rescued from such a depth—more than a third of a mile (622-meters) underground. (2010)

The world was glued to their television screens for two months as engineers worked to devise a plan, and NASA provided the pod that would lift them to the surface. You can read more of the details of this historic rescue on our GNN story from 2010.