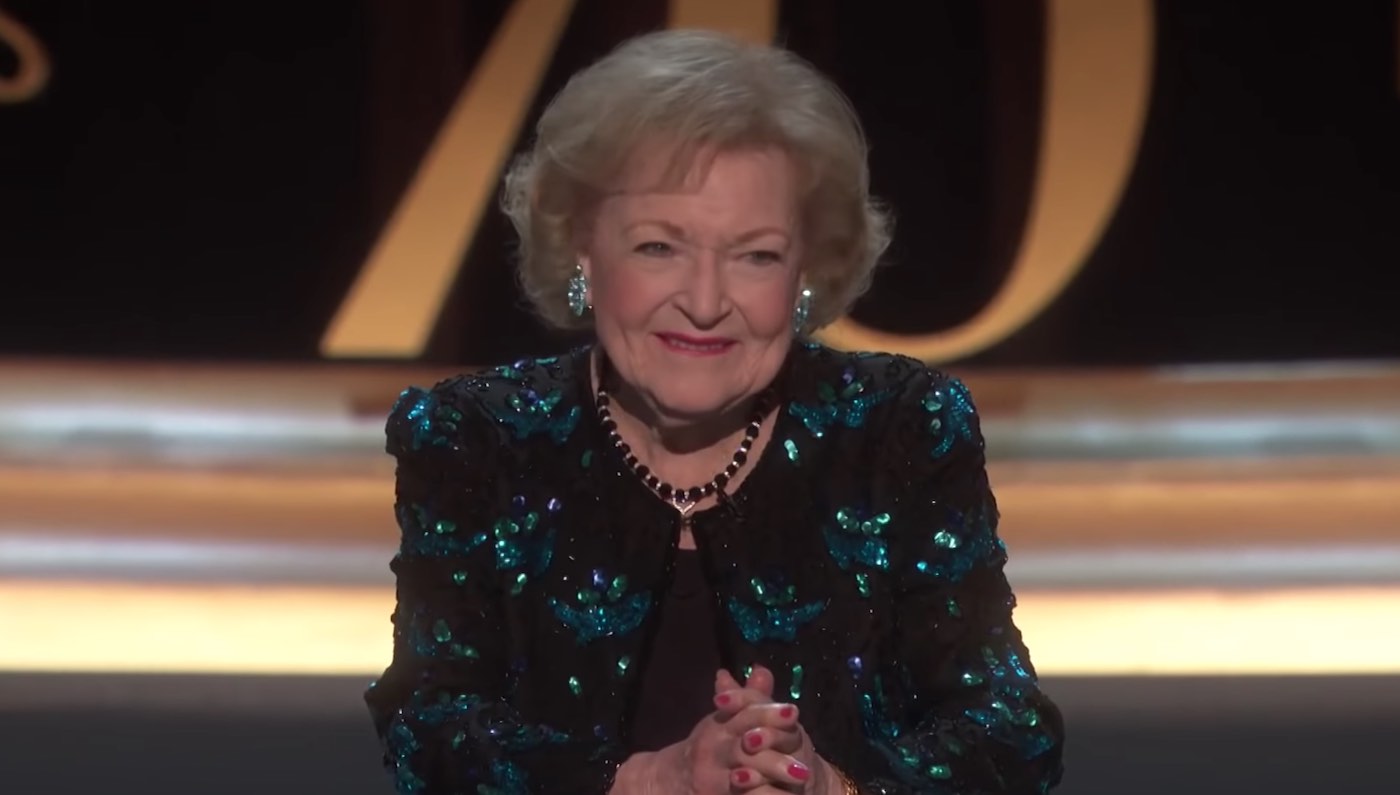 Happy Birthday to America’s beloved comedic actress Betty White, who would have turned 100 years-old today. Passing away three weeks ago at her Los Angeles home, she had been planning to celebrate her centennial with a special one-night-only film screening of “Betty White: 100 Years Young — A Birthday Celebration,” which will still be running in 900 theaters if you have tonight off.

In spite of the title, White found the secret to aging gracefully in a different maxim than trying to be forever young when she told the AP “Don’t try to be young, just open your mind. Stay interested in stuff. There are so many things I won’t live long enough to find out about, but I’m still curious about them.”

Most remembered for her television roles in The Mary Tyler Moore Show, The Golden Girls, and Hot in Cleveland, she won 7 Emmy awards—and, at 88 years old, an eighth Emmy for her hosting of Saturday Night Live.

She’s also the author of two memoirs, If You Ask Me, and Here We Go Again: My Life In Television.

Happy 60th Birthday to beloved funny man, and overall brilliant actor Jim Carrey. Coloring the comedy film scene of the 90s as over the top investigator Ace Ventura: Pet Detective, as well as others like The Mask, and Dumb and Dumber, Carrey would prove himself exceptionally-talented in drama as well, through films like The Truman Show, and Eternal Sunshine of the Spotless Mind, in which he starred alongside Zooey Deschanel, whom he also shares his birthday with.

Happy 76th Birthday to William ‘Poogie’ Hart, the R&B singer who co-founded The Delfonics in the 1960s. One of the pioneers of the Philly soul sound, he wrote hits like, La-La Means I Love You, Didn’t I (Blow Your Mind This Time), and Ready or Not Here I Come. (1945)

And, Happy 42nd Birthday to actress and singer-songwriter Zooey Deschanel. She is best known for her deadpan roles in comedy films such as Elf, Failure to Launch, Yes Man, 500 Days of Summer, and Our Idiot Brother. She also recently starred on the popular Fox sitcom New Girl (2011–2018) for which she received nominations for an Emmy Award and three Golden Globes.

Deschanel had performed in a jazz cabaret act, before joining M. Ward to form She & Him. They released six albums together and Zooey earned a Grammy nomination for Best Song Written for Visual Media with So Long, a tune featured in the 2011 film soundtrack for Winnie the Pooh. She plays keyboards, percussion, banjo, and ukulele—and co-founded a website, HelloGiggles, which was acquired by Time, Inc. five years ago. CHECK OUT clips from her top ten movies… (1980)