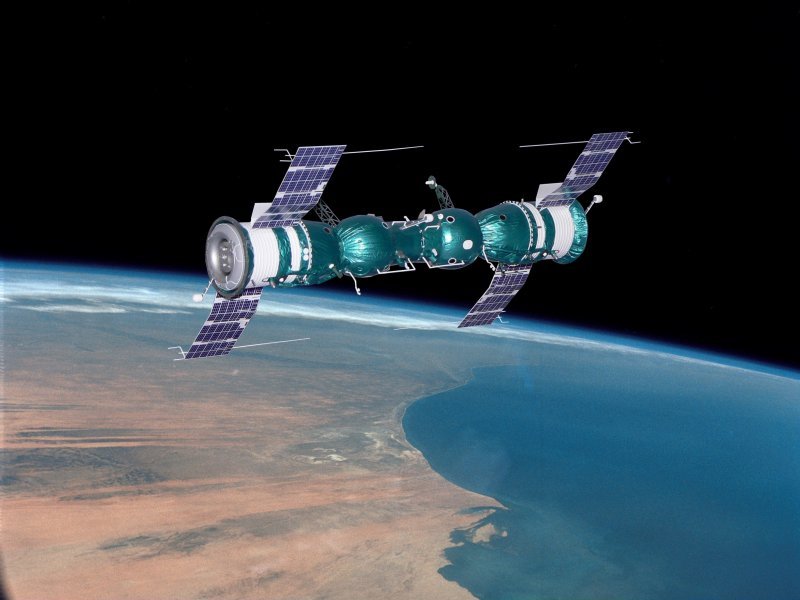 53 years ago today, the Soyuz 5 mission was launched into Earth’s orbit on a mission to dock with Soyuz 4. It was the first time in human history that two crewed spacecraft had successfully docked with each other, and the first time a crew from one craft boarded another, maneuvers which would be paramount for the future of space exploration. The mission was also famous for a terrifying descent from space that remained unknown in the west for 3 decades.

Soyuz 5 involved flight engineers Aleksei Yeliseyev and Yevgeny Khrunov as the crew to be transferred to Soyuz 4 to conduct research, the testing of spacecraft systems and design elements, to practice the docking of piloted spacecraft and transfer of cosmonauts from one craft to another in orbit. But the mission is most remembered for the commander, Boris Volynov, who would have one of the most spectacularly disastrous re-entry and landings in spaceflight history; one worthy of the finest Hollywood screenwriting. LEARN how Volynov survived by the skin of his teeth. (1969)

After dropping off Yeliseyev and Khrunov, who got to enjoy a 37-minute spacewalk on the way to Soyuz 4 before turning the craft down and landing in a smooth and safe manner, Mission Commander Volynov prepared for re-entry the following day. Both manual and automatic commands to separate the service module of Soyuz 5 from the descent module failed by the time Volynov had begun his descent, and at that point it was too late to abort. It is written that a mission control officer then removed his hat, put three rubles in it, and passed it around the operators as a gesture to raise money for Volynov’s young family. His fate seemed certain.

When the Soyuz started aerobraking in the upper-atmosphere, it turned nose forward, with only the light metal service hatch used at docking, to protect it. The cosmonaut was effectively plummeting back to Earth with the least-protected section of his craft exposed to the greatest thermal stress. From his couch, he could only watch helplessly as tongues of flame licked at the descent module’s windows and washed over the cabin. The thin hatch, directly in front of his eyes, visibly bulged inward, and the gaskets sealing the hatch began to burn, filling Volynov’s compartment with dangerous fumes and smoke. Eventually the struts holding the modules together broke, but fortunately no damage to the descent module was sustained, at which point it immediately corrected itself to face heat-shield first, but the problems didn’t end there.

Re-entry completed, Volynov was hurdling towards the Earth when the both parachute cords tangled together, and all but one of the soft landing rockets failed. The impact was so hard it flung him across the cabin and shattered some of his teeth. Outside in the Ural Mountains of Kazakhstan, hundreds of miles from his original landing zone, the air temperature within the frigid blizzard he found himself in was about -36°F (-38°C). Rescue crews could not get to him for many hours, and so he hiked in his wafer-thin flight suit several kilometers towards a column of distant smoke where he found a peasant village. His first words spoken to the inhabitants were “Is my hair grey?”

He led the Montgomery bus boycott at age 26, established the Southern Christian Leadership Conference, and worked for 13 years to peacefully end segregation. His “I Have a Dream” speech delivered on the steps of the Lincoln Memorial in Washington, DC was one of the most powerful and inspiring events in America’s History. (1929)

21 years ago today, Jimmy Wales and Larry Sanger launched Wikipedia. The collaborative online encyclopedia created and maintained by a community of volunteer editors, Wikipedia is the 13th-most-visited website on the internet. The nonprofit funded primarily through donations has 6.2 million articles in English—and also features articles in 250 languages, altogether attracting 1.7 billion unique visitors monthly.

In 2006, Time magazine said the open-door policy of allowing anyone to edit had made Wikipedia the biggest and possibly the best encyclopedia in the world, and was a testament to the vision of Jimmy Wales. Looking at the accuracy of the popular wiki, a 2005 peer-reviewed study in the journal Nature found Wikipedia to be nearly as accurate on the subject of science as the Encyclopedia Britannica. (2001)

The Green Bay Packers beat the Kansas City Chiefs by a wide margin — 35 to 10—in the championship game, which wouldn’t be called the Super Bowl until later. The following year, the Green Bay Packers (the only non-profit team in the NFL) won again, beating the Oakland Raiders by the score of 33–14.

Speaking of crash landings… on this day in 2009, a cool-headed pilot, Capt. Chesley “Sully” Sullenberger, made an emergency landing in the Hudson River shortly after takeoff from LaGuardia Airport in New York City. Wanting to avoid endangering any pedestrians below, Sully steered the US Airways jet into the river—and soon the crew had evacuated all 155 passengers without casualty. The Airbus A320 malfunctioned after four geese flew into the engines at an elevation of 2000-foot/640 meters.

Afterward, he was surprised by all the accolades and attention the event received and said, “I realize how this event had touched people’s lives, how ready they were for good news, how much they wanted to feel hopeful again. We’ve had a worldwide economic downturn, and people are confused, fearful and just so ready for good news.”

Years later, Clint Eastwood made a film starring Tom Hanks, which was based on Sullenberger’s memoir, Highest Duty: My Search for What Really Matters.

And, 48 years ago today, the TV sitcom Happy Days premiered on ABC, starring Ron Howard—as a clean-cut teenager in the late 50s who frequents a drive-in burger restaurant after school. His friend, ‘The Fonz’—played by Henry Winkler—is a cool biker and beloved by his ex-classmates and their families, even though he is a street-tough high school drop-out.

With 255 episodes produced over 11 seasons, the series created by Garry Marshall was one of the biggest successes in television history—and it heavily influenced the sitcom genre’s style of the day.

The concept for Happy Days was first presented as a segment on the TV show, Love, American Style. As a pilot episode, it didn‘t stir any interest, but film director George Lucas saw it and cast Howard as the lead in his 1973 film American Graffiti, causing ABC to take a renewed interest and sign up for a season.

Fonzie became one of the most merchandised characters of the 1970s, and Henry Winkler became a major star. The series also spawned a number of spin-offs series, including Laverne & Shirley and Mork & Mindy, which starred Robin Williams. WATCH the best moments of The Fonz… (1974)