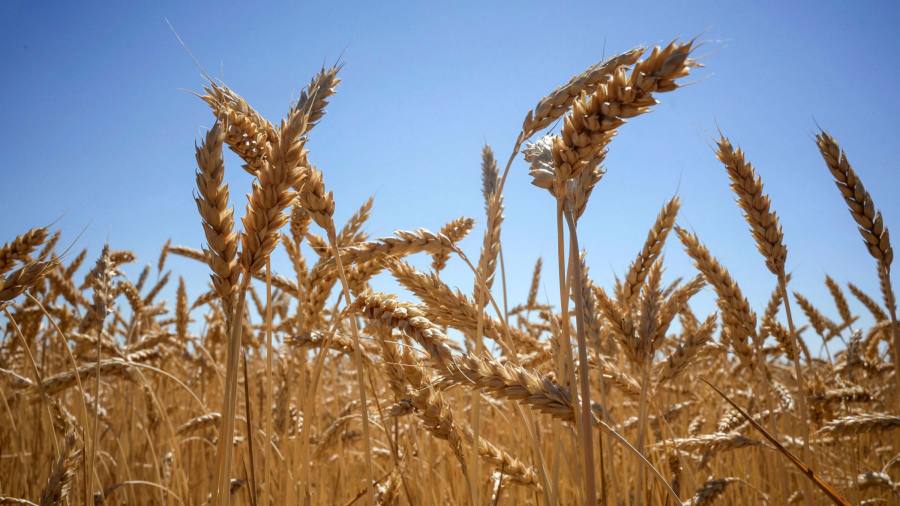 Global wheat production is likely to fall for the first time in four years, according to a closely watched US government forecast of the upcoming crop season, confirming fears of a further tightening of supply and rising food inflation.

Chicago wheat futures for September delivery jumped almost 6 per cent to $11.82 a bushel after the US Department of Agriculture issued its first world estimates for the 2022-23 crop season.

Grain traders, food companies and governments have been keeping a close eye on supplies since Russia’s invasion of Ukraine disrupted farming in the top-five wheat-exporting nation. The USDA on Thursday predicted Ukraine’s wheat production would fall by a larger than expected 35 per cent from the year before, to 21.5mn tonnes.

The USDA forecast 2022-23 total global wheat output at 774.8mn tonnes, the first decline since the 2018-19 season. Global buffer stocks are expected at 267mn tonnes, down for the second year in a row and the lowest level in six years.

The war in Ukraine exposed the interconnected nature and fragility of agricultural systems, with serious consequences for food security, the UN World Food Programme said in reference to a report on the global food crisis published earlier this month. The number of people facing acute food insecurity totalled a record 193mn in 2021, the WFP said.

The US supply estimates and the rise in wheat prices on Thursday pointed to continuing food inflation at a time when the UN Food and Agriculture Organization’s food price index is already at record highs.

Wheat output in China, the world’s largest producer, was forecast to fall 1.4 per cent to 135mn tonnes, the USDA said. The agency said production is also likely to fall marginally in important exporters including the EU, Argentina and Australia.

Abnormally dry or hot weather have raised concerns about smaller crops in producing countries such as France and India, while drought conditions in the US and Canada are also worrying farmers, analysts said. “The world requires good weather, globally but we’re not getting it,” said Matt Ammerman at commodity brokers StoneX.

The USDA did, however, predict Canadian production would bounce back after a scorching heatwave last year. Output in the US, a leading exporter, was forecast to rise 5 per cent, as a rebound in spring-planted wheat offsets an expected decline in the impending harvest of winter wheat.

The outlook forecast Russian production at 80mn tonnes, far lower than Moscow’s own estimate of 87mn and the market consensus of about 85mn, “making the report very bullish on wheat”, said Carlos Mera at Rabobank.