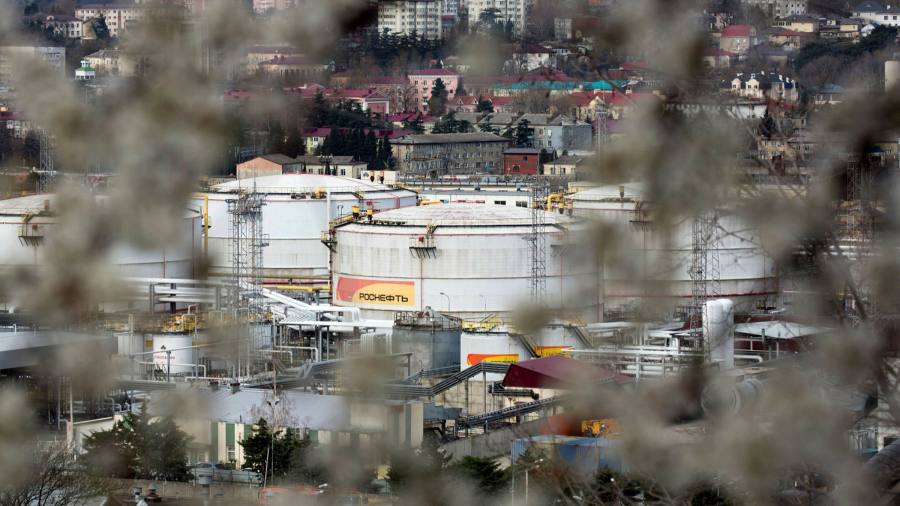 Glencore is reappraising its activities in Russia but has stopped short of joining the growing number of European companies exiting the country in the wake of its invasion of Ukraine.

The Switzerland-based miner and commodity trader said the review would extend to its stakes in Rosneft, the state-backed oil company, and EN+, the metals company formerly controlled by oligarch Oleg Deripaska.

“Glencore condemns the actions taken by the Russian government against the people of Ukraine,” the London-listed company stated.

Its announcement came hours after France’s TotalEnergies also said it was re-evaluating how to manage its business in Russia and pledged not to provide capital for new projects in the country, which is becoming increasingly isolated.

BP, Shell and Norway’s Equinor have all said they will dump stakes in projects and sell out of Russian state-backed energy groups after Moscow was hit with a barrage of western sanctions.

Italian oil company Eni said late on Tuesday that it was planning to sell its stake in the Blue Stream gas pipeline that links Russia to Turkey and is currently co-owned with Gazprom, while Austria’s OMV said it would not pursue the acquisition of a stake in a Russian gasfield and review its involvement in the controversial Nord Stream 2 pipeline.

In addition to these investments, Glencore’s powerful trading arm has various marketing deals and offtake agreements with Russian commodity producers, although it has no operational footprint in the country, unlike Shell or TotalEnergies.

“Our trading exposure is not material for Glencore,” it said in its statement. “The human impact of this conflict is devastating. Glencore is looking to see how we can best support humanitarian efforts for the people of Ukraine.”

Glencore’s investment in Rosneft is a legacy of a deal in 2016 masterminded by Ivan Glasenberg, its then chief executive, which saw the company join forces with the Qatar Investment Authority to buy a 19.5 per cent stake in the Kremlin-controlled oil producer.

The deal helped Glencore gain more access to Rosneft’s oil and, with that objective achieved, it sold most of its stake to the QIA two years later.

He also predicted that a conflict in Ukraine would cause severe disruptions in commodity markets. “And in those instances that’s where our marketing business really thrives, capitalising on those arbitrages and dislocations.”

Glencore’s announcement followed another day of turmoil in commodity markets.

Although western governments have excluded Moscow’s energy exports, the lifeblood of its economy, from sanctions, traders, banks and big consumers are acting as if they are already the subject of punitive restrictions.

Some European refiners passing up the opportunity to buy Russian crude and several banks are refusing to finance shipments of the country’s commodities.

Russia’s flagship Urals crude oil has been trading at a record discount of more than $11 to Brent amid a buyers’ strike. Traders reckon that as much as 70 per cent of Russia’s oil exports is struggling to find a home as fighting continues in Ukraine.

The US and other big oil consuming nations agreed on Tuesday to release 60mn barrels of oil from their emergency stockpiles to address a surge in prices and concern over depleted supplies since Russia invaded Ukraine.

But, rather than calm the market, it triggered further gains to Brent, which rose above $107 a barrel for the first time since 2014. Traders said the release was underwhelming and not enough to offset the loss of Russian barrels.