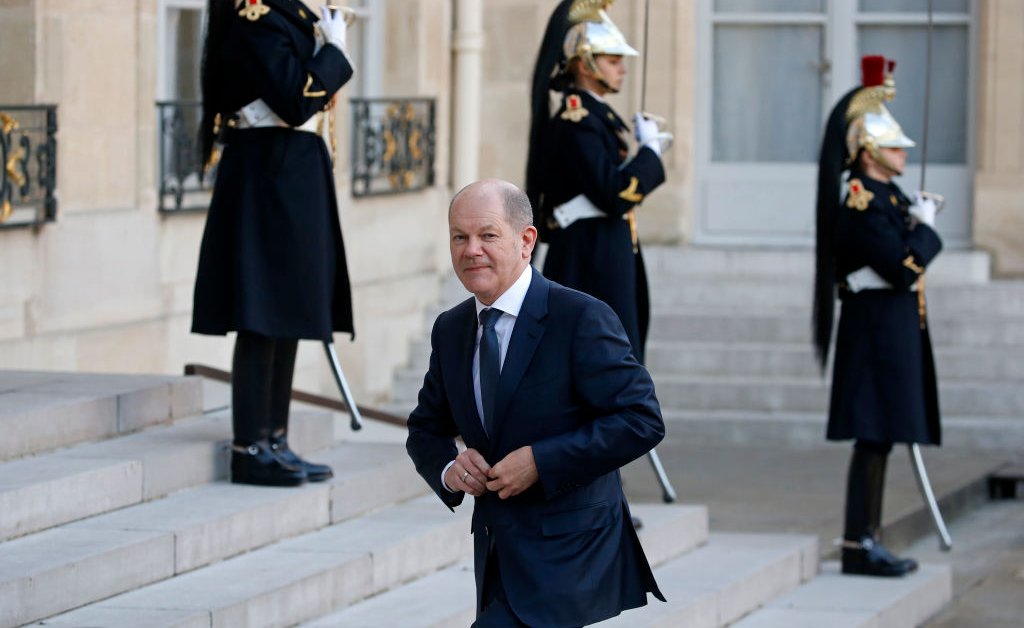 The prospect of warmer weather is brightening spirits throughout Germany after another tough winter—and nobody is more eager for spring than Olaf Scholz. Germany’s chancellor knows that prolonged cold weather means high demand for natural gas, which heats half the households and supplies a quarter of the energy needs in Europe’s biggest economy. But these days, Scholz would rather not be reminded of the source of more than half that gas: Russia.

Putin’s invasion of Ukraine, and Western sanctions on Moscow, mean that Germany needs to find alternative sources of supply. Analysts say that could take two to three years. In the meantime, political parties are scrambling to compensate for a series of strategic missteps that have enabled Putin to have Germany in his grip—as business magazine Wirtschaftswoche puts it—”like a dealer controls a junkie.”
[time-brightcove not-tgx=”true”]

Much of the blame must fall to former chancellor Angela Merkel’s Christian Democratic Union (CDU), which oversaw the dismantling of Germany’s nuclear power apparatus in the wake of the Fukushima disaster in 2011. It also dragged its heels on renewable energy, failed to ensure that the country had strategic reserves on hand, and neglected to provide for alternative sources in the case of disruption to the Russian supply.

Read More: The Vital Missing Link in the Sanctions Against Russia

“During Merkel’s chancellorship, codependency was seen as a way of ensuring geopolitical stability,” says Veronica Grimm, an energy economist at the Friedrich-Alexander-Universität in Erlangen-Nürnberg. “But we’re increasingly transitioning from a rules-based to a power-based world order. We were not well prepared for this.”

At the same time, it will be hard for Germany’s other political parties to capitalize on the CDU’s blunder, given their own exposure to the crisis. Scholz and his Social Democrat Party (SPD) have long been one of the main proponents of Nord Stream 2, the controversial pipeline that was intended to ensure an additional supply of Russian gas.

Crucially, the pipeline bypassed Ukraine, which critics saw as a way of reducing Kyiv’s leverage over Moscow. Washington also voiced fears that the project would increase Europe’s energy dependence on Russia and threatened sanctions on the company behind it in September 2020. But Scholz, as finance minister, led negotiations to save Nord Stream 2. To pacify the Biden administration, he offered up to a billion euros to construct two LNG terminals for the import of gas from the U.S. and other sources. Construction of those terminals stalled after objections from environmentalists, though Scholz recently announced plans to revive the terminals.

Scholz must also grapple with his party’s Russia-friendly image. The construction of the first gas pipeline from Russia took place in 1973, under the watch of an SPD chancellor, Willi Brandt, who pursued conciliatory trade and other policies with the communist bloc. Former SPD chancellor Gerhard Schröder is meanwhile on friendly terms with Putin and earns hundreds of thousands of euros a year as a board member of Russian gas companies Gazprom and Rosnet. It was only after the Feb. 24 invasion of Ukraine that the SPD called on Schröder to cut those ties. (In the meantime, Schröderisieung has entered the German media lexicon to refer to a process of creeping corruption and old politicians hanging to power.)

Read More: Europe’s Illusion of Peace Has Been Shattered

Other parties are being criticized, too. The Greens face attack over their long advocacy of demilitarization. The Free Democratic Party, a minor partner in the current governing coalition, has drawn flak for its hesitancy over imposing tough economic sanctions on Moscow. Indeed, despite the political posturing of the last few days, “all the parties have shied away from the cost of tougher sanctions for too long,” says Grimm. She calls the position “short sighted” given the enormous consequences if the war should escalate. “The question should be, what sanctions package can prevent a further escalation?”

Beyond the immediate question of sanctions, however, Germany faces a more general challenge of reorienting itself away from the rules-based order that Putin brushed aside in his invasion of Ukraine and towards a new global order, in which it seems inevitable that military might will play a bigger role. But as the E.U. rolls out increasingly aggressive sanctions and Germany sets about bolstering its military, it seems that the country‘s leaders are still scrambling to compensate for old mistakes instead of charting a course to the future. For Chancellor Scholz, springtime is still a long way off.