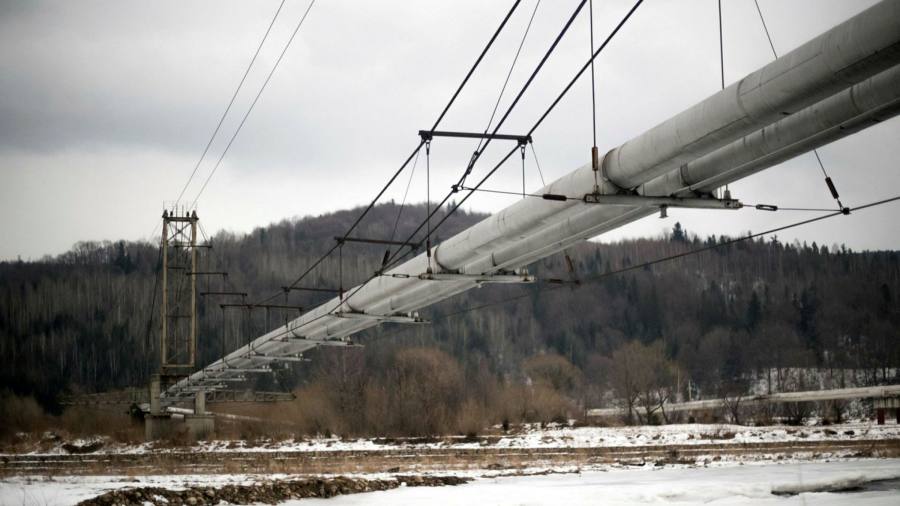 Russian state gas group Gazprom has begun to fill some of its storage facilities in Europe in the first significant sign it is prepared to act on a promise by President Vladimir Putin to help assuage the continent’s energy crisis.

Gazprom on Tuesday said it had “determined the volumes and routes for transporting the gas” to four sites in Germany and one in Austria, without adding any further details.

Putin had promised the company would this week start filling some of its depleted storage sites in Europe after it let volumes of gas there fall to unusually low levels.

The move is the first tentative sign Russia may increase exports to western Europe as soaring gas prices have pushed the region to the brink of a full-blown energy crisis. Some European lawmakers have blamed the problems on Moscow limiting supplies.

Strong demand globally, a drop in wind power generation and rising consumption of liquefied natural gas in Asia have left European consumers hoping for help from Russia, which provides 40 per cent of the continent’s gas.

But markets reacted tepidly after it became clear Russia would not increase supply volumes enough to stave off worries that even a slightly colder winter than expected could create gas shortages in Europe.

The European benchmark contract was down only 1 per cent in early afternoon trading on Tuesday to €77.75 per megawatt hour, while the UK contract for December delivery slipped almost 3 per cent to £1.97 per therm.

Prices fell further later in the session after Gazprom booked additional pipeline capacity through Ukraine, allowing it to further boost exports on Wednesday, although still by a relatively small amount.

“The market must be assuming these bookings continue to rise,” said James Huckstepp at S&P Global Platts.

Other analysts agreed there was still reason for caution, with Russian exports to western Europe lower than last year.

“It’s a start, but the volumes delivered [from Gazprom] so far are underwhelming and not nearly enough to significantly lower prices,” said Tom Marzec-Manser at ICIS, a consultancy.

“On both the Polish and Ukrainian routes Gazprom is still delivering below their booked capacity — they are sending more than the very low levels in September and October but it’s still nowhere near comparable to 2020 or 2019.”

Putin had ordered Gazprom to start filling its European storage facilities by this week after it finished stocking Russian inventories. But the president has said any further gas supplies would have to come via the controversial Nord Stream 2 pipeline, which bypasses traditional transit routes via Ukraine to supply Germany through the Baltic Sea.

Moscow has denied claims by some European policymakers that Gazprom was exacerbating the gas crisis by limiting export volumes to speed the pipeline’s regulatory approval, which is not expected before the end of the year at the earliest.

Sergiy Makogon, head of the Gas Transmission System Operator of Ukraine, said Gazprom had booked an extra 20m cubic metres a day of pipeline capacity through Ukraine, taking total supplies to about 110m cubic metres a day. But the increase in volume was nowhere near the level needed, he added.

“The figure at the same time last year was about 180m cubic metres a day and 2020 was a low gas-demand year in Europe due to Covid,” Makogon said. “Now we have high demand, low storage, highest prices ever, but the volumes are half of what they were.”

Gazprom has eight European underground storage sites outside Russia, including four in Germany — Jemgum, Katharina, Rehden and Etzel — and one in Austria, Haidach.

Mitch Jennings, oil and gas analyst at Sova Capital, said data to be released in the next few days would show whether Gazprom was withholding gas deliberately by revealing how much the state energy company had topped up storage.

Data from industry body Gas Infrastructure Europe show that as of November 7, storage at the Rehden site in Germany was significantly below historic levels — only 9.6 per cent full.