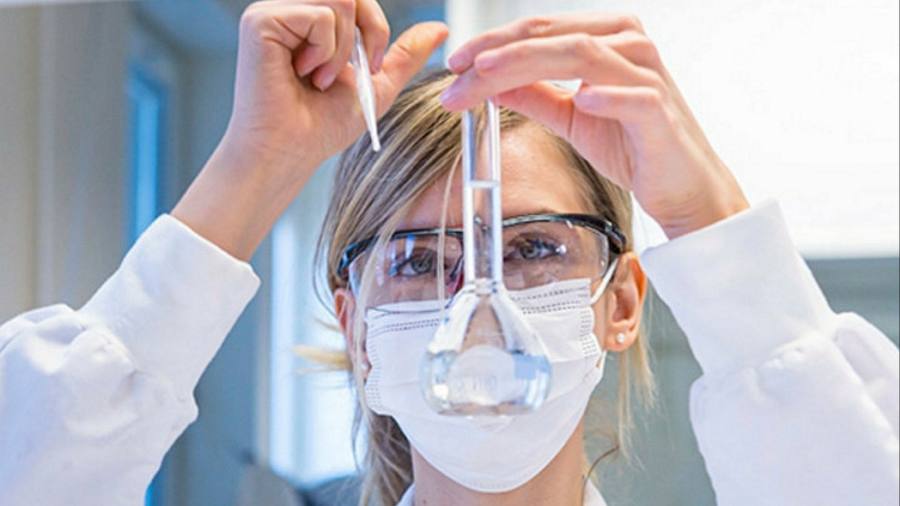 Galderma, the Swiss skincare specialist, has begun talks with international investors for a possible $22bn initial public offering in the first half of next year.

Chief executive Flemming Ornskov, the former boss of rare diseases specialist Shire, told the Financial Times that Galderma and its owners had accelerated strategic planning after two years of bumper growth thanks in part to the Covid-19 pandemic.

Galderma was spun out of Nestlé in 2019 and bought by a consortium for $10bn led by private equity house EQT and including Singapore’s GIC and the Abu Dhabi Investment Authority.

Ornskov said that since then, growth in the markets in which Galderma operated had “significantly accelerated”. “We have experienced double-digit top and bottom-line growth. Last year we hit $3bn in top-line sales. We’re expecting that it will be $3.5bn plus this year.”

The pandemic, coupled with the growing power of social media, has turbocharged the market for non-invasive aesthetic and specialist skincare, Ornskov said.

“Digitalisation and social media have underscored something that was always part of this [business] — the emotional part. The skin is the largest organ in the body and we look at it every day. We react to it. We look at people and their skin and we judge whether they are healthy or in a good mood . . . Many hours spent on screens have reinforced that.”

Ornskov said he could not comment on the timing or outcome of the company’s strategic discussions, but confirmed that banks had been appointed and said a decision on Galderma’s future was imminent.

He added that “the growth profile, the size of the company” meant an IPO was “of course one of many [options] but it is certainly a realistic one”.

According to senior advisers to the company, Lazard has been appointed as lead IPO adviser, with Goldman Sachs, Morgan Stanley and Credit Suisse as joint global co-ordinators. Bank of America, BNP Paribas, Citi, Jefferies and UBS are joint bookrunners. Banks have told the group that a valuation of $22bn is possible.

“I would assume that our owners are getting second opinions from very competent people including investors about the attraction of markets and how we stack up,” Ornskov said. “I think we will do well on that scorecard because if I look at our growth and how the market is performing, we have everything lined up for one day being the world’s leading dermatology company.”

Galderma nevertheless is still largely dependent on a portfolio of historic products — the patents for many of which have begun to expire. Stagnant profits and a slim pipeline of new products were key reasons behind Nestlé’s decision to sell the business.

The 63-year-old Dane has already pledged to pump significant capital into research and development, and has moved to reposition Galderma’s existing range — in which he says there is still huge value — by honing the company’s marketing focus.

The “vast majority” of advertising revenue, for brands which include Cetaphil and Proactiv, is now spent online and on social media, Ornskov said. “That is not a skill set that was there in 2019.”

Despite criticism from investors for his “excessive” pay package, Ornskov built a reputation for maximising shareholder value at Shire — using a tight grip on product portfolio and marketing to guide the FTSE 100 company to an eventual $63bn takeover by Japan’s Takeda.

Galderma’s owners — and Ornskov himself — believe he can repeat the trick.

Citing his “track record” at Shire, he said: “I would like to build the world’s leading dermatology company, I want to be the one who is known for the broadest portfolio, the best products, the ones that are most innovative — so that a consumer, or a patient or a dermatologist will always use us as the reference.”