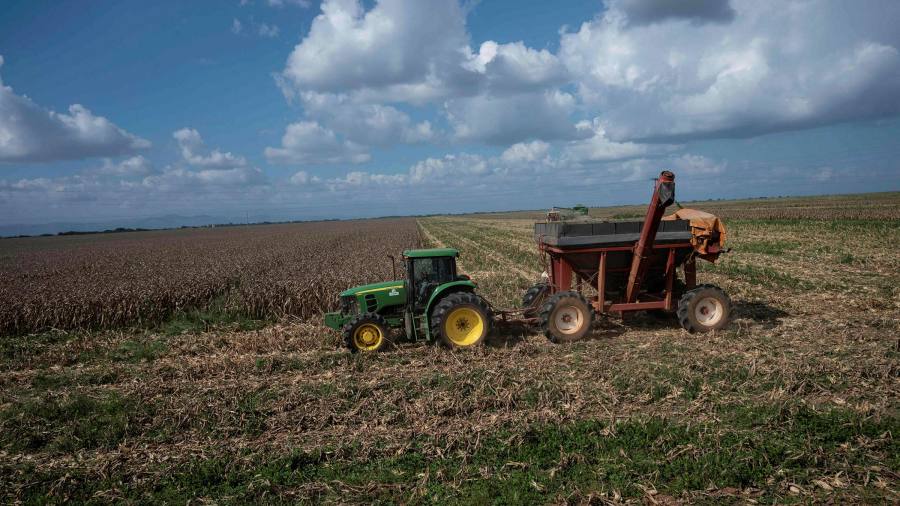 Global greenhouse gas emissions from agriculture and food production have risen by 17 per cent over the past 30 years, according to UN data, underscoring their importance in limiting climate change.

The food system — particularly deforestation from land conversion to agriculture, and methane from the livestock sector — has come under the spotlight for its contribution to global warming.

The sectors accounted for 31 per cent of greenhouse gas emissions in 2019, or 16.5bn tonnes of carbon dioxide equivalent, according to a detailed analysis by the UN Food and Agriculture Organization released at the COP26 climate summit in Glasgow.

This compares with the earlier calculation by a UN scientific body, the Intergovernmental Panel on Climate Change, that the agricultural and food systems accounted for 25 to 30 per cent of emissions from 2007 to 2016.

Deforestation was the largest source of greenhouse gas emissions in 2019, at about 6 per cent total carbon dioxide equivalent emissions, or 3.1 gigatonnes, according to the FAO. Enteric fermentation, largely from cow burps, accounted for 5 per cent, while livestock manure accounted for 2 per cent.

Methane and nitrous dioxide, gases that are more potent than carbon dioxide because of their shorter-term warming properties, contributed to about 30 per cent of total emissions for the agriculture and food sectors.

The sectors produced 53 per cent of global methane, mainly from burps from cows and other ruminant livestock, and 78 per cent of nitrous dioxide, largely from fertilisers.

The data also showed that factors, such as transport, storage and food preparation unrelated to on-farm activities and land-use changes were also growing, accounting for more than half of the carbon emissions from agri-food systems.

“From deforestation to the destruction of tropical peatland and activities in the supply chain, the whole process needs to be accounted for,” said Francesco Tubiello, FAO senior statistician, who wrote the study. “From land use change to food production to what happens after it leaves the farm, food is gaining momentum.”

The report found that the relative contribution of agri-food sectors to regional total emissions from human activities was the largest in Latin America at 72 per cent and Africa at 57 per cent, while it was nearly 24 per cent in Asia and North America.

The report was produced in collaboration with the UN statistics division, the International Energy Agency, Columbia University and the Potsdam institute for Climate Impact Studies.

Its publication comes as governments have pledged at COP26 over the past week to tackle the effects of agriculture through innovation. Led by the US and United Arab Emirates, more than 30 countries said they would invest more than $4bn over the next five years to accelerate innovation in technology in the agriculture and food sectors to help mitigate global warming.