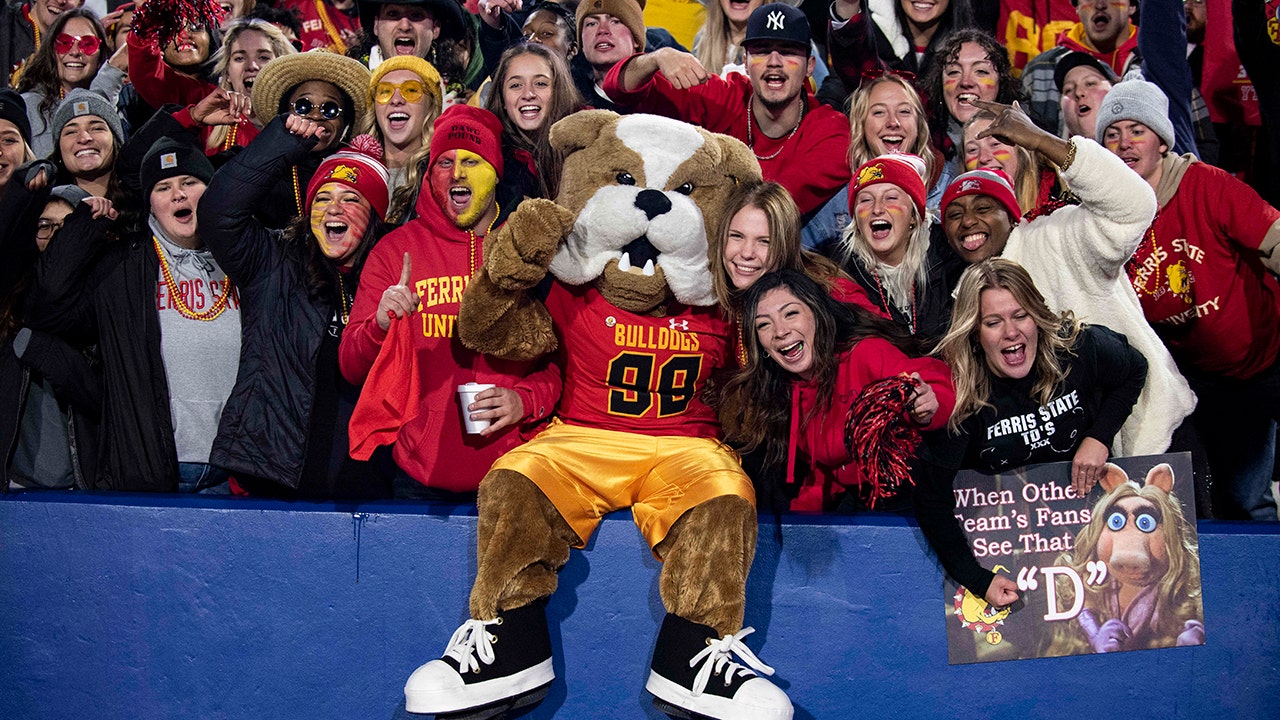 Quarterback Jared Bernhardt had three touchdown runs in the first half as undefeated Ferris State built a big lead and cruised to its first Division II championship with a 58-17 rout of Valdosta State on Saturday night.

It was the most points scored in a D-II title game since Delta State beat Bloomsburg 63-34 in 2000. It was also the largest margin of victory since Northern Colorado’s 51-0 win against New Haven in 1997.

Ferris State (14-0) finished with 581 yards of offense, 459 yards on the ground, to cap its dominate season. Twelve of the Bulldogs’ 14 wins were by double digits.

The Ferris State bulldog celebrates a touchdown with fans in the first half of the Division II championship NCAA college football game against Valdosta State in McKinney, Texas, Saturday, Dec. 18, 2021.
(AP Photo/Emil Lippe)

Bernhardt, a graduate transfer from Maryland playing in his only collegiate football season, was one of the nation’s top lacrosse players in his four seasons with the Terrapins. He finished with 148 yards rushing on 14 carries, didn’t throw a pass and sat out most of the second half.

Bernhardt scored on a 56-yard run on Ferris State’s first play from scrimmage. He added a 78-yard TD run and later a 2-yard score that stretched the lead to 27-17. The Bulldogs broke the game open when Mylik Mitchell threw a strike to a wide-open Tyrese Hunt-Thompson, who ran untouched into the end zone for a 47-yard score with 11 seconds to play in the first half.

The Bulldogs racked up 365 yards rushing and had just two pass attempts for a 41-17 halftime advantage. Mitchell threw both passes with Bernhardt on the sideline resting a sore ankle. Bernhardt had 12 carries for 145 yards in the half. Jeremy Burrell added 95 yards rushing and Tyler Minor had 45 and each ran for a score.

Ferris State coach Tony Annese, in his ninth season with the Bulldogs, is 41-2 in the last three seasons.

Ivory Durham was 14-of-34 passing for 158 yards with two touchdowns and two interceptions for Valdosta State (12-2).

The teams also played in the 2018 championship at McKinney ISD Stadium, with the Blazers collecting their fourth title since 2002 in a 49-47 victory.