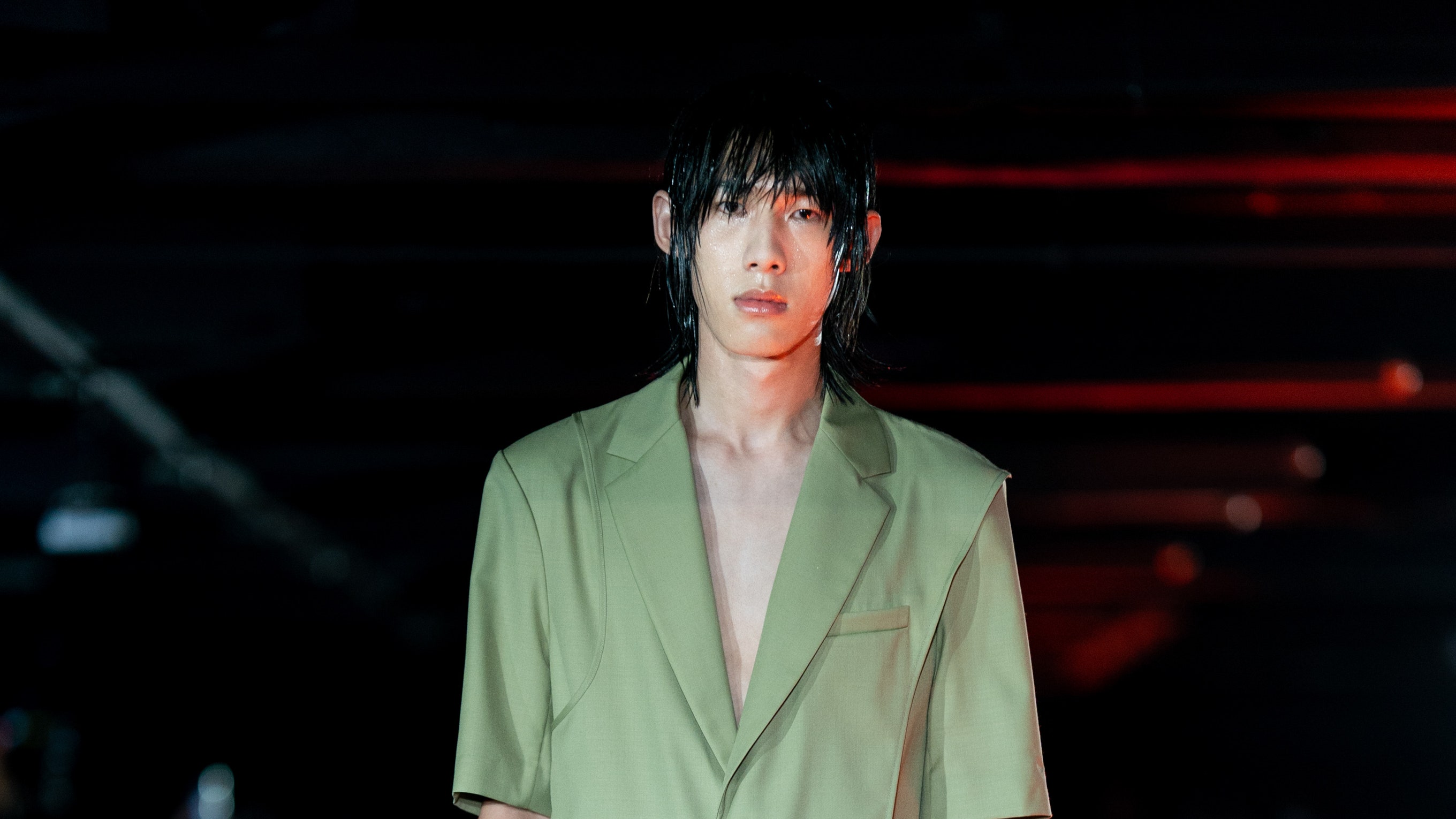 Feng Chen Wang has been experiencing a series of lucid nightmares. They are populated by wild, fantastical beasts. In addition to the phoenix to which she is so closely drawn there are also, she said down a Zoom, dragons and monkeys and others: hybrid animals haunting a forest in her subconscious. Every day she has been waking up with those nightmares near-perfectly remembered, episodes in a series she cannot choose not to watch. The ongoing theme of those episodes? “You want to get there, but you can never get there. Everything you do does not matter.”

In that chat she said she reckoned it was the anxiety of recent months and not being able to return to her team in London that might have been the source of her unconscious disturbance. Just to be on the safe side, she consulted a Feng Shui consultant who advised her to wear an amulet engraved with a phoenix. And of course she took all that material and placed it in this collection.

Shown in Shanghai on a watery runway edged in fire—two mutually exclusive elements in close proximity—the collection included her first formal ‘womenswear’ (although we have seen some here and there before).

Although Wang was reluctant to gender-identify the garments for the sake of fashion’s categorical imperative there were phoenix-print sheer dresses and cycling pants, some cool-looking asymmetric skirting, plus some knotted leather tops that seemed pretty specific. Beyond this, though, both gender elements merged and mingled through her distinct and creatively irreverent approach to tailoring and sportswear. Indistinct swirls on knitwear reflected that dreamstate forest, while her phoenix flew across footwear, denim, and a metal bra. The only true nightmare here was for the UGG-collab footwear on that liquid floor: otherwise Wang harnessed her dreamstate demons to drive this runway reality a fresh step closer to where she wants to be.