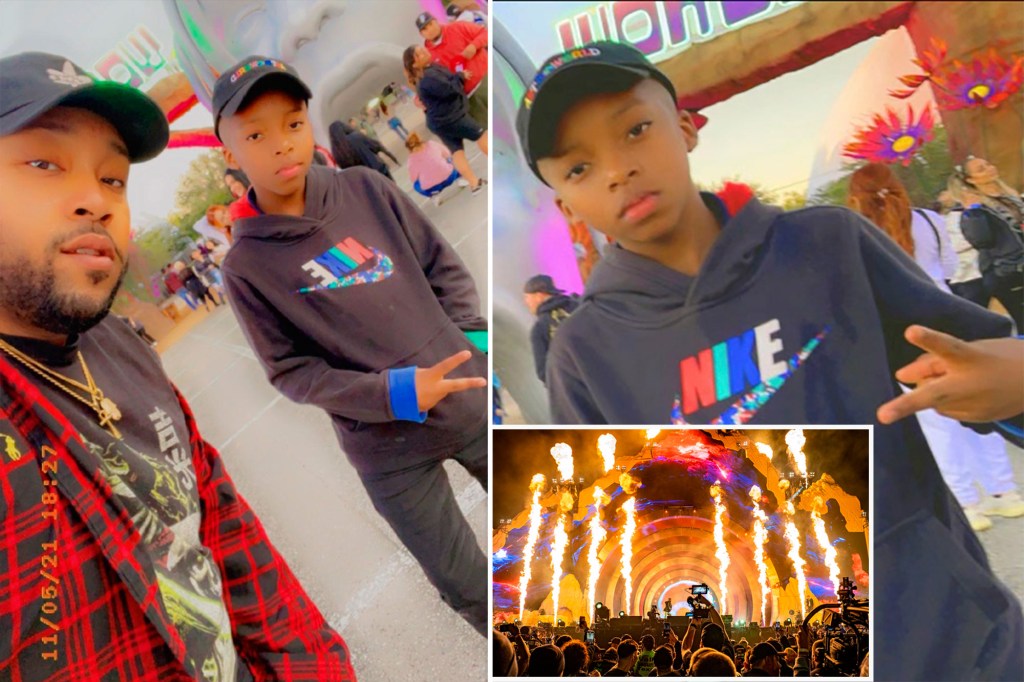 The family of the 9-year-old boy who is clinging to life after being crushed at Friday’s Astroworld concert in Houston filed a lawsuit against Travis Scott and concert promoters Tuesday.

Ezra Blount, from Tyler, Texas, was “trampled nearly to death by other concert goers,” leaving him in “an induced coma on life support,” according to the suit, which was filed in Harris County.

Blount “incurred severe liver, kidney, and brain damage” when a fan surge killed eight people and injured hundreds over a period of 40 minutes while the rapper continued performing, the suit said.

Scott, along with Live Nation, Scoremore Mgmt., Cactus Jack Records, NRG Park and several other defendants “egregiously failed in their duty to protect the health, safety, and lives of those in attendance at the concert,” Blount family lawyer Ben Crump alleged.

The lawsuit is seeking more than $1 million for the defendant’s “grossly negligent conduct,” which allegedly included failing to have adequate security and medical staff on hand and stop the show.

Blount, who is believed to be the youngest victim of the calamity, had made the three-hour drive to see his favorite rapper with his dad, who recounted the nightmare ordeal on an online fundraising site.

“I had my son on my shoulders awaiting drakes [sic] stage appearance,” Treston Blount wrote. “I began to be crushed until I couldn’t breathe I passed out. And I woke up and my son was gone”

Scott, 30, “absolutely” should have ended the show at the first sign of disaster, Houston Police Chief Samuel Pena said Tuesday on NBC’s “Today.”

“The artist has command of that crowd … if he notices something going on, he can certainly pause that performance, turn on the lights and say, ‘Hey, we’re not going to continue until this thing is resolved,’” Pena said.

As Texas lawmakers call for a “very serious investigation” into the mass-casualty event, young Ezra’s grandfather had a thinly veiled message to the rapper.

“If you feel so bad why aren’t you down here at the hospital checking on your fans?,” Bernon Blount said to KTRK Monday.

Blount’s lawsuit is one of multiple legal claims against the rapper and promoters, as a flurry of litigation is expected to continue in connection with the case.