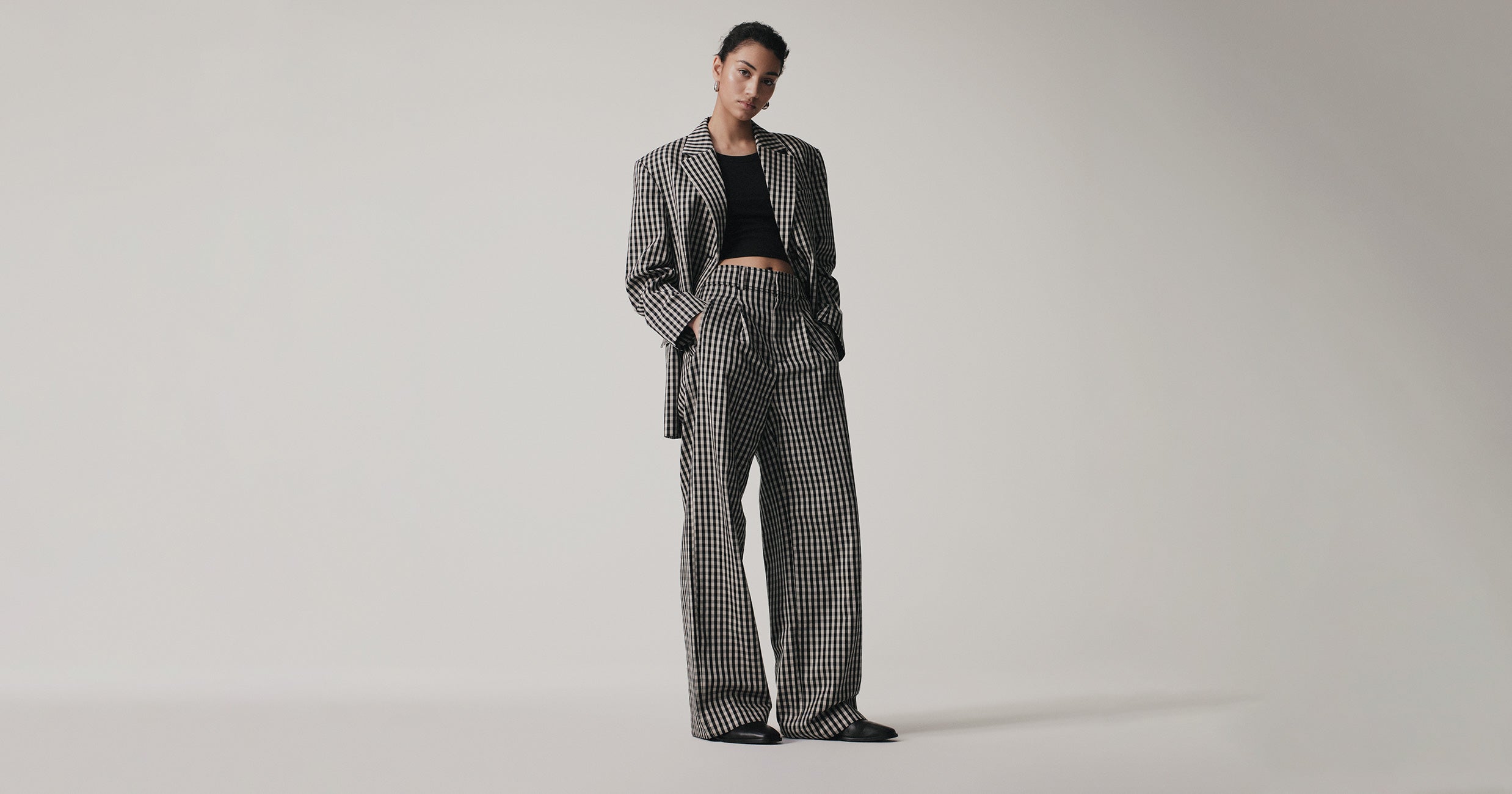 In 1972, when a 26-year-old Diane Keaton appeared on The Tonight Show Starring Johnny Carson, the titular male host asked his female guest if she was wearing a suit which she charmingly replied, “Yeah, it is a suit; I’m just like you guys.” To that, Carson curiously asked (and not even in any malicious way), “Is it a man’s suit you had fixed?” Keaton responded in the most Diane Keaton way, “No, it’s a female suit…and I am female.” Fifty years later, it’s hard to imagine anyone giving an F about women wearing suits — and, yet, it still seems to be a topic of conversation, comment, or consideration since suiting primarily carries on as a men’s-dominated aesthetic. Allure, in a 2016 article on the history of women in suits, reported that in July 1949, an image of Katharine Hepburn wearing a suit in an issue of Picturegoer magazine “was lauded as a shrewd publicity move: ‘That slack suit paid for itself several times over—for Katharine Hepburn got special mention in hundreds of different publications. If she’d worn a dress, her name would merely have been listed among the 55 other top stars.'” How iconique. When it comes down to it, women in suits simply appear bold and powerful, refreshingly insouciant towards overt feminity.