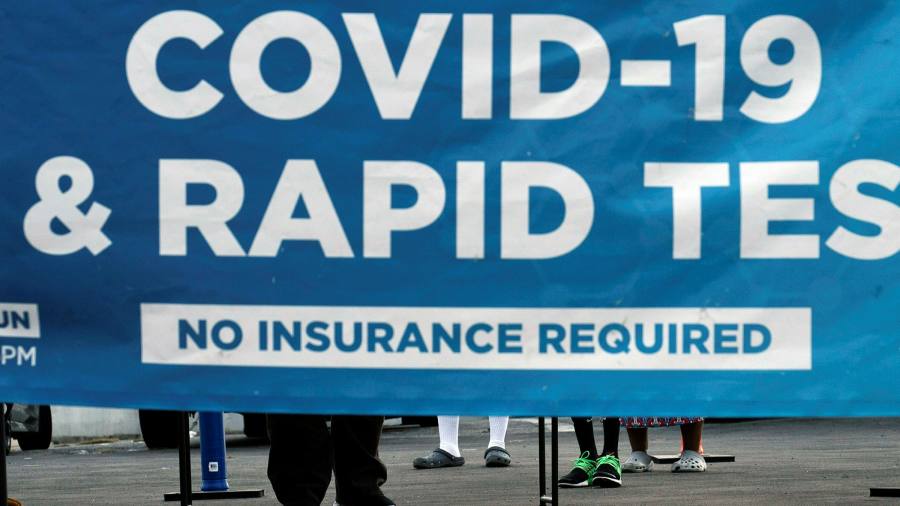 European stocks rebounded on Tuesday even as rising infections from the Omicron coronavirus variant threaten economies already grappling with high rates of inflation and the prospect of less central bank support.

The regional Stoxx 600 index rallied 1 per cent in early dealings after closing 1.4 per cent lower on Monday. London’s FTSE 100, Germany’s Dax and France’s Cac 40 all advanced by around 1 per cent.

Oil prices also steadied after declining in the previous trading session. Brent, the international benchmark, rose 0.4 per cent on Tuesday to $71.79 a barrel, while US benchmark West Texas Intermediate was up 0.7 per cent to $69.09.

Announcements on Monday from vaccine manufacturers and regulators offered investors both hope and cause for caution. The European Medicines Agency told the Financial Times that early evidence suggested a “clear” drop in the effectiveness of existing jabs against the Omicron variant. Hours later, Moderna said a half dose of its Covid-19 vaccine elicited a robust antibody response.

Aside from the human toll, the spread of the highly mutated variant is likely to add to inflationary pressures by exacerbating existing supply chain issues, according to Emmanuel Cau, strategist at Barclays.

But if governments were to reimpose nationwide lockdowns, a strategy the Netherlands has already employed, “it would be a different, deflationary, story” because it would heavily knock consumer demand, he said.

Major central banks last week adopted a more aggressive stance on tackling elevated inflation, and Cau argued that their pivot “now means they have more room to act . . . if they have to” step in with extra pandemic stimulus. However, most economists expect policymakers to continue pulling back on crisis-era measures despite the new variant.

Countries including Germany and France have tightened travel restrictions, yet UK Prime Minister Boris Johnson has so far opted not to introduce Christmas curbs, despite saying on Monday that the Covid-19 situation was “urgent”.

The Omicron variant is now dominant in the US, according to the Centers for Disease Control and Prevention, accounting for 73 per cent of sequenced cases, up from 13 per cent in the previous week.