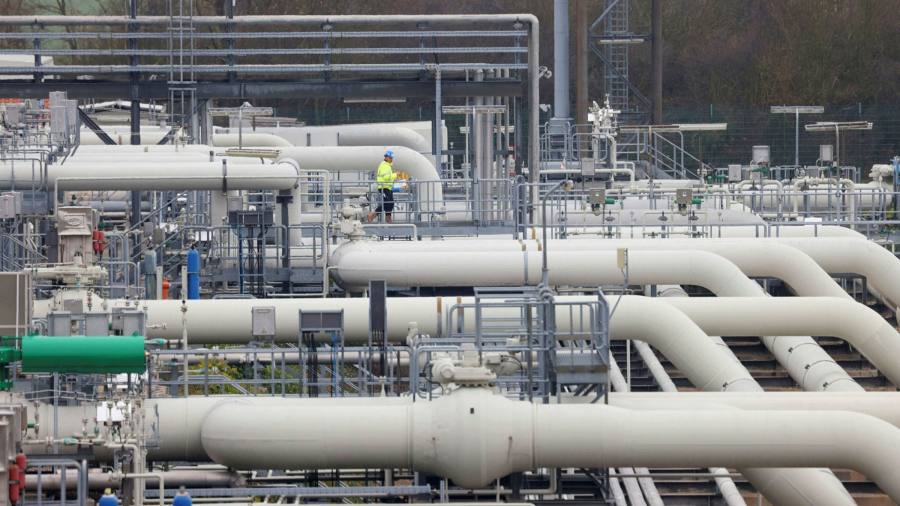 European gas prices jumped on Friday after the breakdown in security talks between Russia and the US deepened concerns about supplies.

Russia said on Thursday that this week’s talks with the US and Nato had failed to address its security grievances, casting doubt over the prospect of a western diplomatic push to defuse Moscow’s threat of military action against Ukraine.

The news pushed the benchmark European gas contract almost 25 per cent higher over the last two sessions to reach €90 per megawatt hour. Traders fear these geopolitical tensions will constrain Russia’s gas exports to the continent, just at the time when inventories have shrunk to the lowest level on record for the time of year.

The latest rally in gas prices comes after a volatile period in energy markets that has lasted for months. Continental European and UK gas prices surged to record levels last year, driven in part by Russia restricting exports to long-term contracts. In the past, additional spot sales were more readily available.

The International Energy Agency, the OECD-funded watchdog, this week accused Moscow of effectively using tight supplies to its advantage at a time of rising geopolitical tensions, saying it had reduced exports by 25 per cent year on year in the fourth quarter of 2021.

Gas prices had pulled back from record levels at the end of December as warmer weather in Asia allowed European traders to source huge volumes of seaborne liquefied natural gas.

But with tensions between Russia and the west showing little sign of easing, gas prices have headed higher again. A temporary outage at a large Norwegian gasfield has added to market nerves.

“While [our] data shows western Europe could be in for a record-breaking month in terms of [liquefied natural gas] deliveries in January, continued low pipeline supply from Russia and a partial outage at Norway’s Troll gasfield — which is the largest in the North Sea — have sent European prices sharply higher once more,” said Tom Marzec-Manser, an analyst at consultancy ICIS.

Russia has repeatedly denied restricting sales but has also indicated it wants customers to commit to more long-term deals. It has also linked increased exports to the approval of the politically controversial Nord Stream 2 pipeline to Germany.

The pipeline, which runs through the Baltic Sea, would allow Russia to largely bypass Ukraine, which the US and eastern European countries fear would weaken Kyiv.

Russia annexed Crimea from Ukraine in 2014 and has threatened the country further by deploying 100,000 troops along the border. Moscow says the troops are there for military exercises but has said it could respond with force if its demands for a ban on Nato enlargement are not met.

Ukraine said on Friday it had been the target of a “massive cyber attack” after at least 10 government websites ceased functioning, including those linked to energy, foreign and veterans affairs.

Margrethe Vestager, European commissioner for competition, said on Thursday she was looking into Gazprom’s market behaviour as a “priority”, signalling Brussels may be ready to open a formal probe into the state-owned Russian gas giant.

“It is indeed thought-provoking that a company in view of increasing demand limits supply,” Vestager said. “That is quite rare behaviour in the market place.”

Traders said gas demand would also likely rise in the coming weeks after France’s EDF revised down its planned nuclear power output on Friday, which should lead to more gas being burnt for power generation.

The state-backed nuclear giant’s shares fell almost 25 per cent on Friday after it issued a profit warning following demands from the French government to sell discounted power to help shield consumers from the energy crisis.