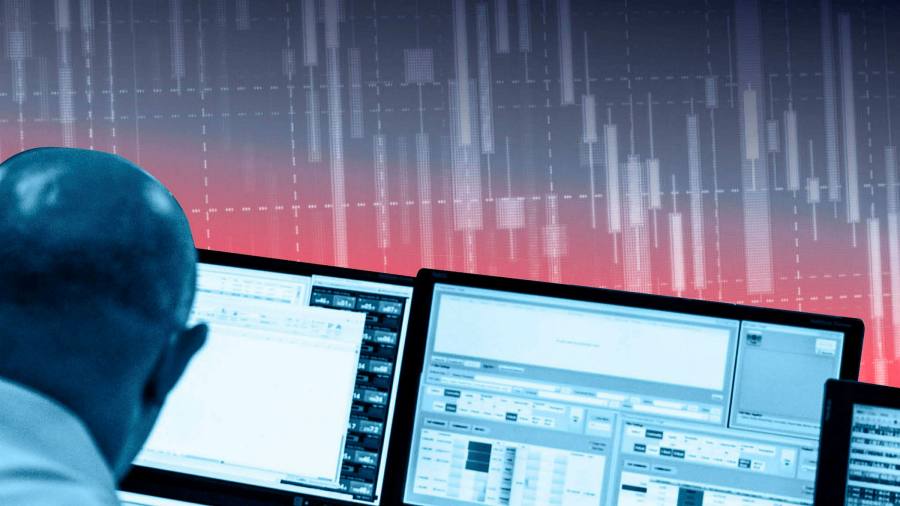 Good morning. There was a lot of positive response to Tuesday’s letter. As it turns out, there is a big audience for an FT journalist prepared to admit he’s been an ass. We will bear this in mind in the future. Today the topic is big moves in European sovereign credit and the lack of big moves in corporate credit, particularly in the US. We are curious to hear your thoughts on both topics. Email us: [email protected] and [email protected].

Bond markets are pricing in a recession in Europe. Below are 10- and 2-year sovereign yields for the US, Germany and the UK. The move in the German and UK long bonds just between Monday and Tuesday — 21 and 28 basis points, respectively — is dramatic. The 11 point US move looks like a mere aftershock by comparison.

A number of closely linked factors might explain the moves over the past few weeks. Recession or not, it makes sense that first the threat and then the arrival of war would push investors towards safe, liquid assets. If things might get bad, you want stuff you will be able to sell to raise cash. Then there is anticipation that central banks will abandon plans to tighten policy. That is visible in the even more dramatic moves in 2-year bonds.

In case there was any doubt, here are the market-implied eurozone policy rates for 2022, from yesterday and two weeks ago. Over that period, the market has gone from anticipating rates pushing almost to positive territory to predicting that they will not move at all:

Flights to safety and spooked central banks are not the whole story here, though. Consider this equally dramatic chart of the stock prices of four large European banks, which I chose on the grounds that they do not have much direct exposure to Russia:

Banks are very sensitive to rates, but they are equally sensitive to the economy. The chart above does not tell a happy story about the effect of the war in Ukraine on European and UK growth. We tend to agree, then, with Benjamin Jeffery, rates strategist at BMO Capital Markets, who told our colleague Kate Duguid this about the big move in sovereign yields:

The move in longer-dated rates is evidence of both a bet on a slowing economy and safe-haven demand. The initial move was mostly flight-to-quality driven, but at this point it’s going to be hard for Germany to avoid a technical recession

Pseudonymous Twitter banking analyst JohannesBorgen has an excellent thread about why European banks are getting whacked. He points out that the decimation of Russian asset values, while it will be painful for some banks, is not enough to explain the broad and deep stock price declines. Nor are rates. It seems the stagflation Unhedged has mentioned as a side-effect of the war is now being priced in.

A bank could do an illicit (sanctioned) trade — not even on purpose, just because there are so many new rules happening in so little time, or because of a rogue agent. As BNP remembers, this can be expensive. With all financial plumbing (Swift, correspondent banking, payments from Russia) in a storm, Herstatt [ie settlement] risk is not entirely excluded: a large settlement problem could trigger big losses. And, of course, with all the volatility and inevitable losses, especially for leveraged investors, we could see funds blow up — and some banks taking a hit.

This point is probably important to keep in mind as we try to understand not just bank stocks, but all asset prices in the weeks to come. Wartime means pricing in more unknown unknowns. Banks are often the first to be hit by these unidentified risks, but generally not the last.

Credit is partying on, but no party lasts for ever. Will partygoers leave in a slow trickle, or in a stampede?

The staid credit analysts at S&P suspect the former. Jon Palmer and Nick Kraemer write that leveraged loans — bank loans to indebted firms — will start defaulting more often later this year, but at a historically modest rate. Yet halfway through a largely optimistic note, there is this morsel of worry:

Over two-thirds of leveraged loan issuance in 2021 was covenant-lite [ie, having fewer protections for lenders], with total covenant-lite issuance for the year ($563.5bn) shattering the previous annual record. Investors were very comfortable moving down in credit quality, with ‘B-’ or lower debt issuance more than doubling in 2021 from the previous high in 2020. Investor demand continued to drive strong ‘B-’ or lower leveraged loan issuance in January.

More than three-fifths of ‘B-’ or lower leveraged loan issuance in 2021 was for mergers and acquisitions . . . The heavy volume of recent M&A activity could spell weakness in the index should the economy sharply decelerate.

This is not new. For years, low yields have given borrowers a leg-up on lenders. What’s different now is the pandemic. In a textbook recession, you might expect a wave of defaults to wash out all but the most creditworthy of borrowers. That didn’t happen this time, as Allianz Research explained in October:

We estimate ceteris paribus that the global economic shock could have resulted in a 40 per cent surge in worldwide insolvencies in 2020. But since 2020 ended with a 12 per cent decrease in insolvencies, it means that the massive state interventions and further extensions of ‘whatever it takes’ policies prevented more than 35 per cent of insolvencies globally, at least temporarily.

What you have is three sailors all drunkenly keeping each other up. One is [private equity], paying tremendous multiples of unlevered free cash flow on enterprises. The second is leveraged loan providers lending far too much, for far too long, at terribly low spreads . . .

And then you have a CLO [collateralised loan obligations, ie, bundles of leveraged loans] market that is willing to wave it in because, ultimately, the preponderance of the people in the capital structure don’t view themselves as bearing the risk.

So therefore [CLOs] will keep getting printed, and keep hungering for more debt, and keep creating a perception of ready and able refinancing, until they don’t, at which point it will all spiral backward the other way.

Zwirn argues metrics like the default rate are susceptible to “mass delusion”, where a cov-lite, low-rate environment lets most borrowers wriggle out of default. He likes measures that are harder to trick, like debt-to-cash flow ratios.

Others are sceptical of relying on ratios. Martin Fridson at Lehmann Livian Fridson Advisors, in an analysis of what best predicts credit risk, drew this conclusion:

A key implication of our findings is that high-yield investors should be wary of, and perhaps ignore altogether, simplistic claims about relative value that merely invoke one particular financial ratio. This is so even if some otherwise well-informed analysts describe the cited ratio, eg, total debt/ebitda, free cash flow, as the “gold standard” for measuring credit risk.

Fridson thinks rating agencies tend to be pretty accurate. I’m not sure who’s right, so I asked someone who looks at much different data — Dan North, a veteran economist at Euler Hermes. The firm is a trade credit insurer, meaning it guards against companies defaulting before they pay for goods. If there are disturbing rumblings on the ground, he might well hear them early. Here’s North’s take:

[Worries about credit weakness hiding under the surface] may be right. But from where we sit, we don’t really see that. We have a pretty good pulse on what’s actually happening in terms of payments. One of the reasons why is that in our policy contracts, we require the policyholder to tell us every month who is paying them late, how much in dollar terms and how far past due they are . . .

These are payments for trade, not so much payments for credit. And it’s a little bit more discretionary: if you are issuing a bond, you have to make a payment, otherwise you’re in big trouble.

The bottom line is that credit demand is strong, and already-slow normalisation could wane further if the war in Ukraine prolongs the global interest rate rising cycle. Credit’s real test will come when rate increases start kicking in. How the party ends depends a lot on the punchbowl masters at the world’s central banks. (Ethan Wu)

Ukraine is winning the meme war.