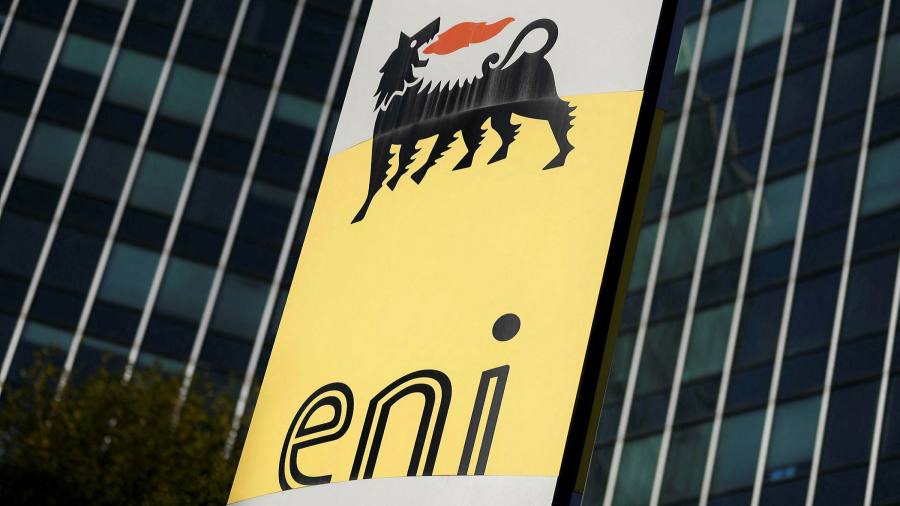 Eni is to open a rouble account with Gazprombank to comply with Russian demands for gas sales, a move that puts the Italian energy group on a collision course with Brussels over EU sanctions against Moscow.

Eni’s announcement comes days before it is due to make its next payments for Russian gas from state-owned supplier Gazprom. Russian gas accounts for nearly 40 per cent of Italy’s total gas imports.

Russian President Vladimir Putin in April issued a decree requiring companies from countries deemed “unfriendly” to pay in roubles for gas, by opening one account in euros and another in roubles at Gazprombank, the financial arm of Gazprom.

The European Commission responded that the revised terms were an attempt to force European companies to circumvent sanctions on the Russian central bank, imposed in retaliation for Moscow’s invasion of Ukraine in February.

After Poland and Bulgaria decided not to comply with Russia’s decree, Gazprom halted gas supplies to both countries. But other companies and countries have sought a workaround to keep gas flowing and protect their economies, heralding possible clashes between the commission and the 27 member states, which enforce sanctions.

Commission spokesperson Eric Mamer reiterated on Tuesday that the opening of a rouble-denominated account at Gazprombank would be a breach of the bloc’s sanctions.

“Anything that goes beyond the guidance given to member states — opening an account in the currency foreseen in the contract, paying in that currency and making a statement that the payment is concluded once that gas delivery is paid in that currency — is in breach of the sanctions,” Mamer said, adding: “Opening a second account, in roubles, is going beyond the guidance we gave member states, indeed.”

Eni said it had discussed its plan with “Italian institutions” and disputed it would breach EU sanctions.

“The company is going to temporarily open the two accounts without prejudice to its contractual rights, which still envisage payment in euros. This explicit conditionality will be included in the payment procedure,” it said in a statement.

The company, which is 32 per cent owned by the Italian state, said it would receive invoices and make its payments in euros — the currency agreed in its long-term gas purchase contract — by depositing them into the euro account.

Within 48 hours of payment, an agent operating from the Moscow Stock Exchange will convert the euros into roubles without involving Russia’s central bank, it said.

It had clarified with Gazprom that its payment obligations would be considered fulfilled once its payment in euros was received, it added. “The new procedure should be neutral in both cost and risk and not incompatible with the existing sanctions.”

However, Eni said that it was still in talks with Gazprom to ensure that any foreign currency risk involved in the system would fall to Gazprom — which the commission had said was a big issue when assessing sanctions violations.

In the event that it does not receive “complete, exhaustive and contractually grounded answers” from Gazprom, Eni will pursue international arbitration against the Russian energy company.

The looming clash between Eni and Brussels would put Italy’s prime minister Mario Draghi in a delicate position: the former European Central Bank president has been one of the architects of the sanctions against Russia’s central bank and its government is the legal enforcer of sanctions in Italy. Brussels could take legal action against Rome if it determined Italy had failed to enforce the sanctions, a process that could take years.

Other European companies are finalising plans to make upcoming gas payments. French utility Engie declined to disclose details of its agreement with Gazprom, including whether it had opened an account in roubles ahead of an “imminent” payment deadline.

“We have today line of sight for a solution that will allow us to pay using the currency for the contract, which seems to be acceptable for Gazprom and which is in compliance with the EU sanctions,” chief executive Catherine MacGregor said on Tuesday.

Germany’s Uniper, which has payments due at the end of the month, also said it expected to pay for gas in a manner that would respect sanctions and Russia’s requirements. “Uniper will continue to pay in euros,” a spokesperson said, adding that it was in talks with Gazprom about modalities in “close consultation with the German government”.

RWE said: “We are prepared for payment in euros and have also opened a corresponding account. We are thus acting in accordance with European and German regulation.”

Germany’s economy ministry, in a Twitter message, sought to defuse suggestions that sanctions were “being loosened and energy payments in roubles are to be made possible”.

“The German economy ministry knows nothing about this and in our opinion all companies are continuing to pay in dollars and euros, according to their contracts,” it added.

Additional reporting by Sarah White in Paris, Joe Miller in Frankfurt and Guy Chazan in Berlin