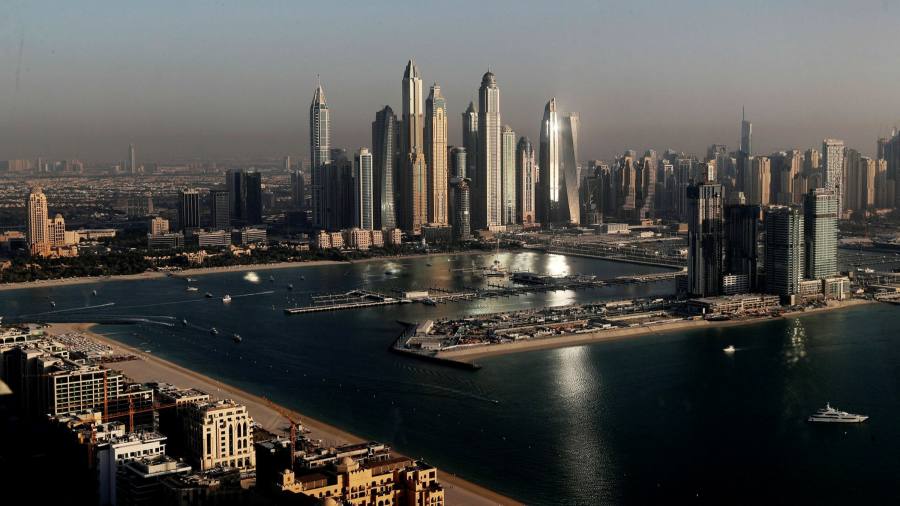 Competition is heating up in the capital markets of the United Arab Emirates, as Dubai seeks to revive its ailing stock exchange with a flurry of initial public offerings.

The government of the UAE’s commercial hub plans to privatise 10 state-backed companies, listing some of their shares on Dubai’s domestic bourse in a bid to rival the success of neighbouring emirate Abu Dhabi and regional powerhouse Saudi Arabia. Officials also hope to root more regulatory oversight within Dubai, rather than keeping it at a federal level.

Those moves come after several lacklustre years for Dubai equities, which have failed to revisit the dizzy heights reached during the mid-2000s.

Dubai’s government launched its stock exchange with a Dh50m ($14m) bank loan in 2000. Within half a decade, the fledgling bourse had soared to a total market capitalisation of $120bn, three times the size of Dubai’s gross domestic product at the time.

But the region’s property-fuelled market subsequently collapsed under the weight of the 2007-09 global financial crisis, and has remained subdued since oil prices slumped in 2014. An index tracking the city-state’s stocks — priced in dirhams — fell about two-thirds in the 16 years between its record high in November 2005 and the end of last month.

Abu Dhabi’s market growth has been facilitated by several high-profile IPOs. Its national oil company spun off and floated subsidiaries, including its drilling arm, this year. An inexplicable bull run in the shares of IHC, a company linked to Abu Dhabi’s ruling family, has also supported a market capitalisation for the capital’s bourse that is four times the size of Dubai’s. In 2021 alone, IHC’s market value has expanded by 263 per cent.

Meanwhile, the size of Saudi Arabia’s roughly $2.5tn stock market far eclipses its UAE rivals and, intensifying competition in the region, the kingdom this month outlined plans to list its Tadawul stock exchange publicly, looking to raise up to $1bn. Longstanding plans to merge the bourses of Dubai and Abu Dhabi remain stuck.

Dubai has a long way to climb. As surrounding markets have grown, the city-state has recently faced a spate of delistings from government-linked companies such as DP World and Emaar Malls, with approvals granted for privately held real estate group Damac to follow suit.

But the news of Dubai’s plans to privatise companies in a bid to double its market capitalisation to about $820bn has been well-received. Since those ambitions were first announced in early November, the Dubai index has climbed by about a tenth, adding to already improving sentiment over its rebounding economy in the wake of coronavirus-induced restrictions.

“For those of us looking to invest in the post-pandemic world, we just look at Dubai, which played a blinder and has become the perfect haven for the wealthy, and want to buy in as much as possible,” said one fund manager.

Surging migration and Dubai’s hosting of the delayed Expo 2020 world fair, which will end in April, have helped to underpin a step up in GDP. In September, the government announced that Dubai was expected to record 3.1 per cent economic growth in 2021, followed by 3.4 per cent growth in 2022.

The city’s revival encouraged the decision to revamp Dubai’s capital markets. “The stock market is supposed to reflect the health of the economy,” said one person briefed on Dubai’s strategy. “At the moment, our economy is doing well, so we are acting to address issues.”

Part privatisations of state companies will also help Dubai’s bourse to better reflect the city’s diverse economy, the person added. The full schedule of IPOs will depend on the market’s capacity and hunger for such listings, which will be drawn from various sectors to bring balance to a market that has traditionally been dominated by real estate and financial services.

For now, Dubai is ploughing ahead with the flotation of the Dubai Electricity and Water Authority (Dewa), seeking a potential valuation of Dh100bn or more, as well as setting up a Dh2bn market-maker fund. Officials say the aim is to leave some value for investors to ensure successful future listings and build public confidence in the market.

“Listing Dewa is a huge step forward in a much-needed campaign to revive the domestic capital markets,” said Tarek Fadlallah, chief executive of Nomura Asset Management in the Middle East. “It will set the tone for how further listings may be perceived, particularly by wary investors.”

Tecom, a business parks unit of Dubai Holding, which is owned by the ruler Sheikh Mohammed bin Rashid al-Maktoum, is also set for a listing, bankers said. The government has also announced plans for the part privatisation of Salik, the road toll system.

Emirates, the government’s world-renowned airline, could be on the block, its chair said at this month’s air show in Dubai. But officials point to Emirates’ subsidiaries and other aviation sector holdings as more immediate IPO targets.

The new capital markets strategy is being implemented by a committee headed by a son of Sheikh Maktoum bin Mohammed al-Maktoum, Dubai’s deputy ruler and finance minister of the UAE. Sheikh Maktoum is set to foster “transparency” as part of his remit to revive the domestic economy, said people briefed on the matter.

“The seriousness of the government in this matter has restored confidence to the market,” said an official.

Yet some investors remain sceptical. “Regulatory improvements are a step in the right direction, but Dubai still has a negative reputation,” said one fund manager, who said a poor record in regulation and concerns over money laundering was hampering inflows of foreign capital.