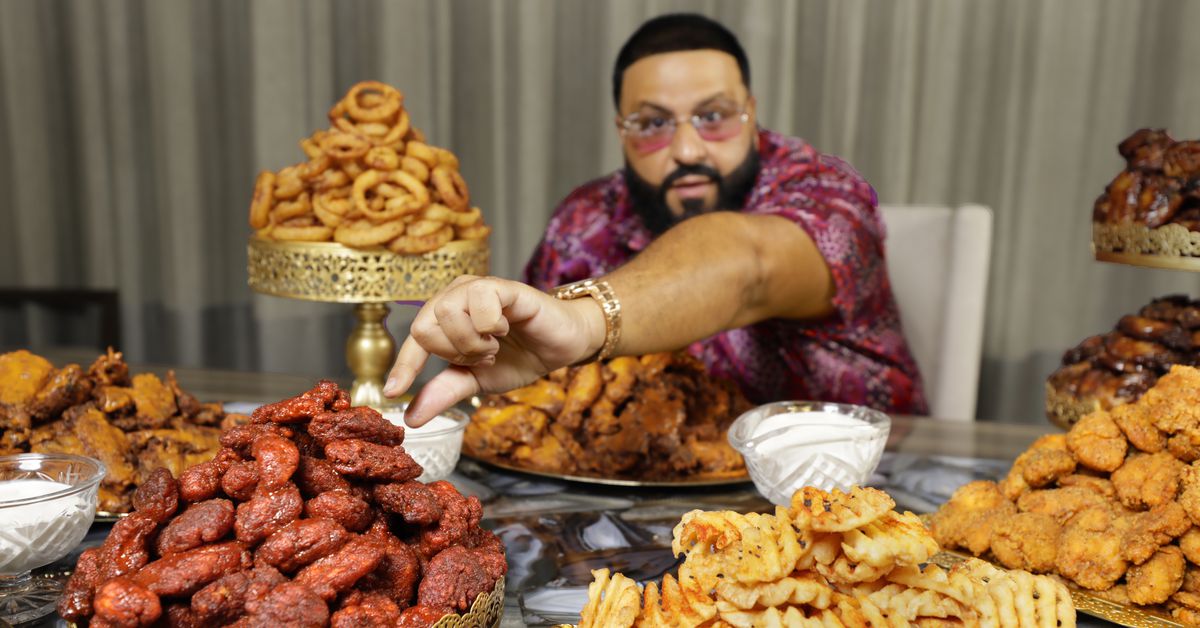 Chicago is one of 30 cities where DJ Khaled has launched a new delivery-only chicken wing venture. Khaled is collaborating with REEF, an operator of virtual restaurant brands including David Chang’s Fuku, Wendy’s, and 800 Degrees Pizza. REEF and Khaled claim their latest ghost kitchen, Another Wing, is the “largest restaurant launch in history” with locations opening all at once in three continents, including outlets in Paris and Dubai.

There are seven locations in Chicago, as well as locations in 18 states with presences in Atlanta, Austin, Texas, Dallas,; Baltimore; LA; Miami; New York; Philadelphia; Portland; San Diego; San Francisco; and Seattle. Khaled told Hypebeast that the team even wants to deliver food via jet ski.

Khaled is a popular hip-hop artist and Grammy-winning producer. Another Wing is separate from Khaled’s first Chicago restaurant venture, The Licking, which opened in 2019 on the city’s West Side and now has a second location. Khaled, via a spokesperson, tells Eater Chicago that he and his team worked alongside REEF through every step of the process. REEF’s Melissa Zuniga developed the recipes, and the team tasted more than 100 sauces.

“They are dedicated to creating a platform and environment that empowers creativity and their team has been an amazing partner,” a statement from Khaled reads. “The same way music platforms enable creators to share photos or videos, the REEF platform enables creators to share and expand food experiences in a way that has never been possible before. It is game-changing.”

Another Wing, available for delivery via DoorDash, Grubhub, and Uber Eats.