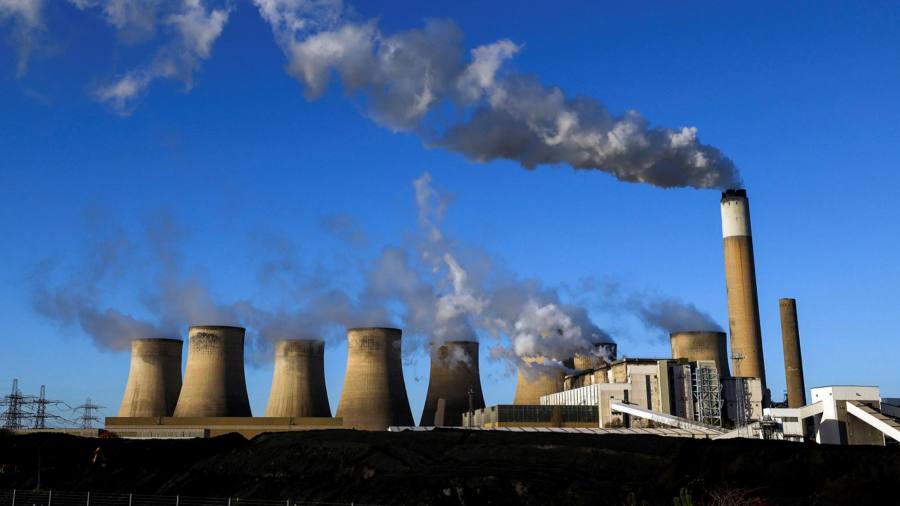 The environmental dilemmas facing asset managers were exposed last week, when the world’s largest player BlackRock announced it would be supporting relatively few shareholder resolutions on climate this year.

On the one hand, asset managers who own fossil fuel company shares want climate change to be restricted to below 1.5C, if only to avoid long-term and calamitous wealth destruction. On the other, they don’t want to do things that could cause their clients to lose money in the shorter term.

This is a false dilemma for investors with long-term needs. We’re being offered the choice of taking our wealth destruction fast or slow.

We can only escape this trap and achieve the greatest good for our wealth as well as for future generations by exiting fossil fuels — and investing in an acceleration of the switch to renewables.

It’s true that the world will need fossil fuels for some time to come. Many fuel producers engage actively with investors and some adapt their behaviour as a result. Often they increase their investments in renewables.

Even so, it is time for long-term investors to shun investment in fossil fuels. And that includes retail savers.

The climate emergency is so serious and the path to preserving a safe space for humanity is so narrow that investors must use all their collective might to accelerate the transition to renewable energy.

We cannot turn off the taps of fossil fuel supply immediately without causing socially unjust harm, but we must turn them down as fast as possible. This means the rapid development of superabundant renewable energy production. It means smart grids and efficient storage so that it’s available when the wind isn’t blowing or the sun isn’t shining.

And it means installing networks to transport that energy at prices so cheap it blows fossil fuels out of the water for all but the most hard to abate activities such as air transport and steel production.

This is all eminently possible. In fact, it’s our last, best, chance to avoid the misery that would come with global warming exceeding 1.5°C. It may not feel urgent in the UK, but people in less fortunate countries are already seeing poverty, hunger and death. Climate tipping points are looming. If we do not accelerate the energy transition, we are likely to see famine, disease, and war, affecting billions.

Rupert Way, Matt Ives and Doyne Farmer, of the Oxford Martin School, have demonstrated that both Moore’s Law (predicting that the growth of the number of transistors on a microchip would double about every two years) and Wright’s Law (every time production doubles, costs fall by a consistent percentage) apply neatly to renewable energy technologies.

This implies that the technology we need is far closer than most people think. This will enable the production of renewables to pump water uphill for storage, heat water, fill batteries and generate hydrogen so cheaply that renewable electricity on demand could be available any time, anywhere.

These technologies and the installation of the necessary infrastructure to benefit from them must be the priority energy investment for the next few decades.

Divestment has long made sense for gambling, tobacco and controversial weapons. For fossil fuel producers, even on financial grounds alone, the debate has now reached the tipping point

If anybody doubted the need for action based on the climate emergency alone, the impact of the Russian invasion of the Ukraine reinforces the need to remove our dependency on fossil fuels with authoritarian states accounting for a big share of output. While as individuals we can all make a difference in many ways, such as doing more recycling, installing better home insulation, driving electric cars and eating less meat, the collective weight of our long-term investments has the power to truly move the dial.

There are three big reasons not to invest in fossil fuel companies.

Second, even though investors can engage with many fossil fuel companies these businesses have irreconcilable conflicts of interest: they will always slow-walk investors to protect their businesses. While many investors naturally enjoy the dividends offered by energy producers, timing an exit is difficult and risky. In the long run, the total returns of both capital and income are what really matter. Giving up total return for dividend income is not to your financial advantage.

Finally, there are financial benefits from investing in clean energy. Renewable power portfolios have shown a superior risk/return profile over the past decade. Moreover, accelerating the evolution of renewable technologies much faster than is envisaged by conventional thinking will more quickly destroy the value of fossil fuel companies. Their investors will lose trillions of pounds of value.

There is a clear decision to be made. Every investment in energy is either backing a successful transition that would make investing in fossil fuel producers a very bad idea or it’s betting on a failed transition with the long-term devastation that would bring.

Investors who want a broadly based global equities fund that excludes fossil fuels can buy the iShares Developed World Fossil Fuel Screened index fund at Hargreaves Lansdown or AJ Bell at an ongoing charge of just 0.13 per cent. You get controversial weapons, retail firearms and tobacco thrown out as part of the deal.

Investment trusts may also be a good place to look for funds focused on renewables. The Association of Investment Companies (AIC) website is great for research.

Impax Environmental Markets — which I hold — is the granddaddy of environmental investment trusts, while Greencoat UK Wind and Foresight Solar Fund both have five-year records.

Divestment has long made sense for gambling, tobacco and controversial weapons. For fossil fuel producers, even on financial grounds alone, the debate has now reached the tipping point.

There are fortunes to be made and saved. And beyond the future of our savings, using our capital to accelerate the transition is essential to reaching that sustainable space for humanity, which must be our most cherished objective.