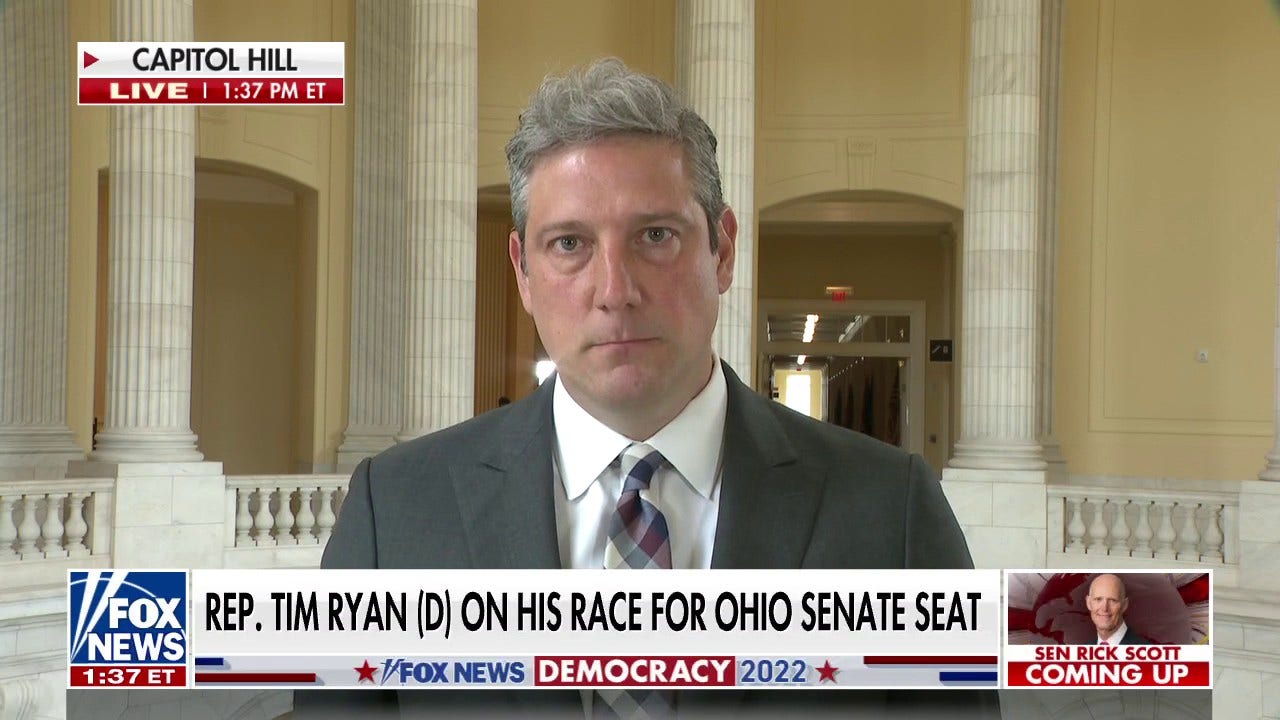 Democratic Ohio Senate candidate Tim Ryan told “America Reports” on Thursday that he is unsure whether he wants President Biden to campaign with him for the midterm race.

REP. TIM RYAN: I don’t know. You know, it’s a busy campaign. Not sure. We’ll see what happens. But the reality is I’m going to talk about the issues that are important to Ohio. It’s not about the president. It’s not about the Congress. It’s not about the Republican-Democrat thing. It’s about what’s best for Ohio and how do we start seeing ourselves as Americans again instead of Democrats and Republicans – stop all the stupid fights and start focusing on how we rebuild [the] American middle class and how we promote ourselves as Americans and rebuild the American economy. And I want to be the mouthpiece of that. I want people to know my record, and I’m not really worried about anybody else.

WATCH THE FULL VIDEO BELOW: