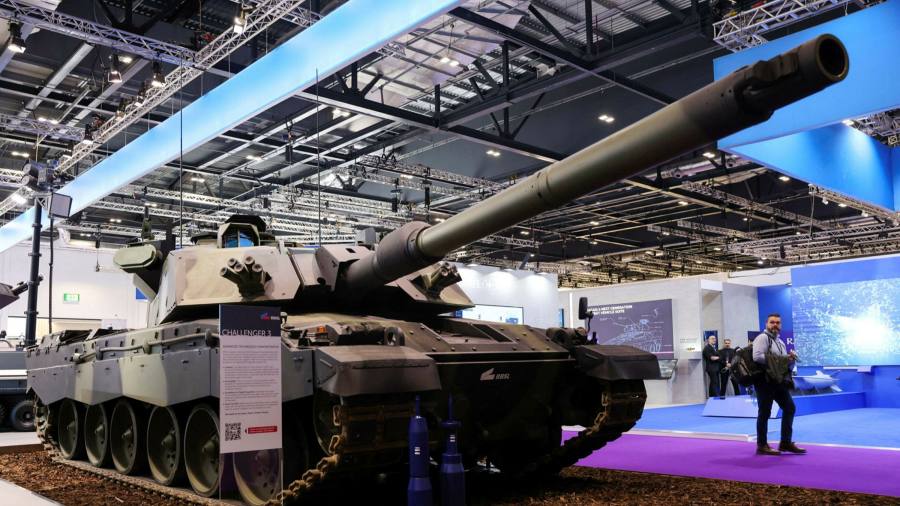 Weapons makers, long unloved despite solid earnings and cash flows, are in vogue again. Russia’s invasion of Ukraine represents the return of bloody, conventional warfare to Europe. War is once again symmetrical. Some lobbyists are even pushing for western weapons makers to receive ethical investment status.

In its biggest postwar defence pivot, Germany has announced a massive €100bn fund to modernise its military. It also pledged to increase spending to 2 per cent of gross domestic product, up from the 1.5 per cent it currently spends.

Expect other countries to follow suit. Global military spending is entering a secular upswing. European defence stocks — led by Germany’s Rheinmetall — have surged. US companies are set to benefit too.

Shares in Raytheon Technologies, maker of the Stinger missile that Germany is sending to Ukraine, have risen 11 per cent since the invasion began. Lockheed Martin, the company behind the F-35 fighter jet, is up 15 per cent. Northrop Grumman, which makes attack and surveillance drones, has climbed 16 per cent.

The run up in share prices means Lockheed now trades at 16 times forward earnings, while Northrop and Raytheon are on a multiple of roughly 18 and 21 times respectively. The three stocks traded on a valuation of about 15 times three years ago.

Defence stocks can push higher still. Many European countries pulled back on military spending after the Cold War in the belief that trade and diplomacy had made war in the region obsolete. Digital technology, artificial intelligence and cyber security became the new preoccupations.

Russia’s invasion of Ukraine signals a recovery in the market for conventional armaments. Ethics are fluid. BDSV, a German defence industry lobby group, says the EU should recognise the defence industry as a “legitimate sustainable actor” under ESG taxonomy. Investment bank Citi is calling for a debate on the “social value” of defence.

It is difficult to see weapons of mass destruction as ethical investments. But that designation would give funds driven out of Russian hydrocarbons somewhere to put their money.

Our popular newsletter for premium subscribers is published twice weekly. On Wednesday we analyse a hot topic from a world financial centre. On Friday we dissect the week’s big themes. Please sign up here.