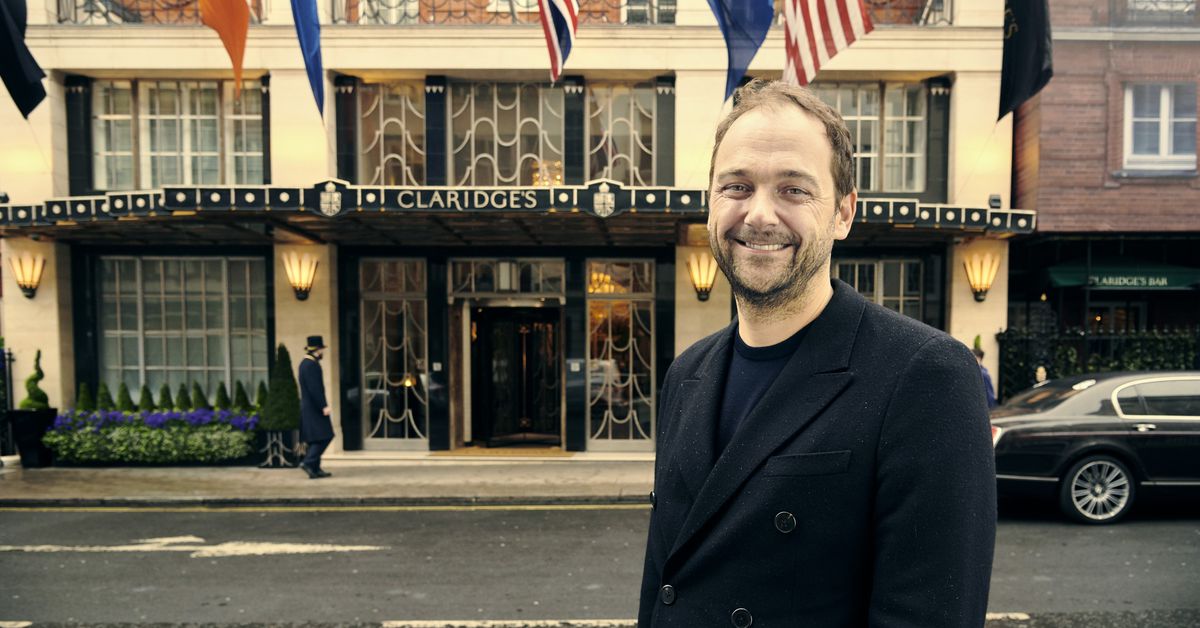 The chef whose personal awakening that vegetables are nice, actually has somehow been converted into a worldwide exemplar for vegan fine dining will not be keeping the beet going in London. Daniel Humm, best known for three-Michelin-starred restaurant New York Eleven Madison Park wanted to turn Davies and Brook at Claridge’s in Mayfair on to a fully plant-based menu, according to the Daily Mail. Humm converted his restaurant across the Atlantic — which previously heavily relied on luxury touchpoints like caviar, foie gras, lobster, and duck — in June of this year, but Davies and Brook will close in December.

The hotel, having confirmed that discussions on the change were taking place, has now said no thank you. In a statement posted to Twitter, the hotel said that “We completely respect and understand the culinary direction of a fully plant-based menu that Daniel has wanted to embrace and champion and now wants to introduce in London. However, this is not the path we wish to follow here at Claridge’s at the moment, and therefore, regretfully, we have mutually agreed to go our separate ways.” The planned menu would have seen many of the restaurant’s most popular dishes, including the dry-aged duck with lavender and honey borrowed from NYC and the Claridge’s fried chicken, leave the restaurant.

Humm, meanwhile, has said that “The future for me is plant-based. This is our mission and what we stand by as a company, and at this time this is not the direction that @claridgeshotel feels is right for them. It is with sadness now that we’ve mutually announced that we will go our separate ways at the end of this year.”

And even if had happened, Humm could probably have expected some rocky waters; the execution of the overhaul at EMP has not been met with widespread acclaim. While dishes in which vegetables are cooked with layers of flavour, multiple processes, and not made to pretend to be things they’re not have been hits, New York Times critic Pete Wells and Eater NY’s Ryan Sutton both found similar, significant foibles. The style of cooking in which new ingredients stand in for those they replaced, like tonburi seeds for caviar, is ineffective and disappointing. The more “internationalist” bent of a menu previously manacled to European standards is carried off with an air of detached cynicism. And, most importantly of all, the idea that Eleven Madison Park’s adoption of vegan food is revolutionary — in fine dining itself, let alone in a world where not eating meat is a reality of life all around the globe — collapses under even light scrutiny.

And part of the reason that Eleven Madison Park’s switch has been so breathlessly acclaimed is that it is one of the most breathlessly acclaimed restaurants in the entire world. Three Michelin stars; a World’s 50 Best winner; and back when Will Guidara ran front-of-house, justifiably famous for its mostly magically charming, partly slightly creepy “dreamweaving” approach to service. It was always going to sell out reservations, it was always going to have a massive waiting list — despite Humm saying he feared “no-one would come.” It was also probably always going to have a secret meat room for those who simply can’t cope.

His London operation simply does not possess this kind of gastronomic clout. Yes, Claridge’s is a storied London institution, and yes it got its Michelin star at the first time of asking. But it can’t carry the slack wonderment about whether or not “the rest of the world … could find luxury, surprise and delight in a plate of vegetables” like EMP has bewilderingly managed to do; there are plenty of restaurants in the capital cooking interesting and excellent vegetarian and vegan food across myriad cuisines and styles. The move at EMP at least gets talked about as revolutionary when it is not; a similar change at Davies and Brook would likely have never got that far. And now, Humm is out, his first London restaurant — one he long dreamed of — in tatters in quick time.