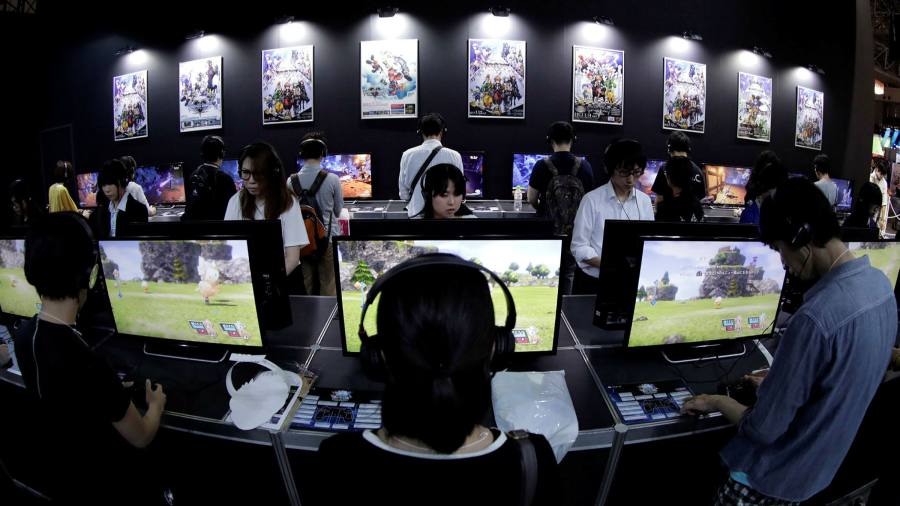 This article is an on-site version of our #fintechFT newsletter. Sign up here to get the newsletter sent straight to your inbox every Monday

NFT was dubbed one of the FT’s words of the year in 2021 after the market for the blockchain-enabled tokens exploded — even as their purpose remained unclear. This week Sid takes a closer look into how the gaming industry is trying to develop a use case for the latest buzzy asset class.

Following up from our last newsletter of the year about how overdraft policies at traditional US retail banks and digital challengers are starting to converge, I spoke with the chief executive of Dave, one of the fintechs most aggressive in targeting overdraft fees, about how his newly public company plans to differentiate itself.

Our new year’s resolution is to continue bringing you sharp analysis of the tech trends disrupting financial systems around the world. Here in FintechFT we often highlight themes before they appear in other parts of the paper. Take insurtech for example, which we dove into in November, and was covered in a Lex column over the weekend. Do you have any feedback to help us stay on the cutting edge? Email us at [email protected] and [email protected].

The gamers getting behind crypto

Yosuke Matsuda, president of storied video game developer Square Enix, had a gift for crypto-land on New Year’s Day: a wholehearted endorsement of NFTs, the metaverse and the play-to-earn blockchain games, where playing can earn cryptocurrencies.

“From having fun, to earning, to contributing, a wide variety of motivations will inspire people to engage with games and connect with one another. It is blockchain-based tokens that will enable this.”

Square Enix is not the only gaming company hoping to get a slice of the crypto-hype. French publisher Ubisoft announced its NFT platform Quartz last year, allowing users to buy cosmetic options or “skins” for your avatar, while Electronic Arts chief executive Andrew Wilson said that “collectible digital content is going to play a meaningful part in our future”.

The games industry has long sought new ways to keep users paying for content. Loot boxes, which offer a random assortment of items for avatars, became endemic among mobile games in the mid-2000s and feature in popular franchises such as Team Fortress 2 and Fifa. NFT proponents argue that blockchain items could be transferable across games and further stimulate virtual economies — markets for resales of skins exist, but they are unauthorised.

Blockchain games, such as Axie Infinity, have an even better pitch: they allow players to earn in-game assets which they can convert into hard cash. Square Enix’s Matsuda differentiated between consumers who “play to have fun” and those who “play to contribute”, creating new content for the game world — and also making more money for games companies.

But when it comes to what gamers are willing to pay for, they are discerning. Loot boxes have been an ongoing source of controversy, with opponents likening the mechanics to gambling. And monetising user-generated content (UCG), which is traditionally viewed more as a passion project than corporate handiwork, has been a thorny business. PC storefront Steam’s experiment with adding premium options to its UCG workshop in April 2015 provoked a mass backlash and a u-turn by the gaming giant later that month.

While Ubisoft and others are piling in, other gaming companies have drawn a line in the sand. Steam’s owner Valve announced in October a ban on NFTs from its expansive store. The new policy appears to align with Steam’s stance prohibiting items that have real-world value on the platform. In December, GSC Game World, the developer of upcoming survival shooter game S.T.A.L.K.E.R. 2, reversed plans to offer NFTs after a vociferous backlash from fans. “The interests of our fans and players are the top priority for the team,” the developer said.

As for blockchain games, there are questions around the sustainability of their economic model. Analysts argue that they rely on new player growth to remain viable. Equally fundamental is how much entertainment they offer, says Edward Castronova, professor of media at Indiana University and one of the most respected voices on the study of virtual economies.

“If it’s not something more fun than other things, people are not going to do it,” he said, emphasising that companies cannot simply rely on telling users about how great their blockchain technology is. “You can’t just say ‘we’re excited’ and expect people to buy in.”

Castronova is not a dyed in the wool crypto-critic, adding that he sees possibilities for blockchain-based gaming to offer a genuine economic incentive — so long as they are not too onerous.

Turning games into yet more gig economy work is not as much of an innovation — see the long and dubious history of “gold mining” in games like World of Warcraft. Simply tacking “blockchain” onto that may not be the winning pitch crypto’s true believers think it is. (Siddharth Venkataramkrishnan)

Every week we ask the founders of fast-growing fintechs to introduce themselves and explain what makes them stand out in a crowded industry. Our conversation, lightly edited, appears below.

I chatted with Dave co-founder and CEO Jason Wilk shortly before the California-based fintech became one of the first companies to IPO in 2022 late last week. The Mark Cuban-backed company was valued at $3.6bn heading into its public debut, but its shares lost roughly half of their value in the first few days of trading. Wilk points to the 2m customers his company has acquired since launching a checking account last year and upcoming product offerings like a crowdfunding savings account as indicators of Dave’s growth potential.

How did you get started? Dave was born in 2017 to really represent the everyday American who’s getting sort of screwed by the big banks. Our first product was to help you avoid overdraft fees by connecting us to your bank and we would predict your upcoming bills like Netflix, water or power and tell you how that upcoming bill was going to affect your balance. If you risked going negative on your account, Dave would spot you up to 75 bucks to go at no interest to go buy that tank of gas or groceries instead of having to pay that $34 fee to your bank.

So how do you make money? Instead of charging interest we earn about 20 per cent of our revenue off of tips so people can actually pay whatever they can afford or whatever they think is fair for that service, which can be anywhere from $0 to a handful of dollars for helping somebody out. We also make money from interchange. Every time somebody swipes their debit card, we make about one and a half percent on every transaction. Additionally, we get paid referral fees from the Ubers of the world from our jobs board, which we [created to] help people find work at DoorDash or Instacart, and other gig economy employers.

Now that most banks are offering more flexible overdraft policies how does Dave plan to stand out? We do have a significant head start though offering a superior solution to overdrafts. What the Chimes and Capital One’s of the world did was allow you to access some level of overdraft but only if you’re a direct deposit customer. Dave is the only product where you can literally download our app, and our unique underwriting system allows you to get access to our extra cash within minutes of joining without requiring you to switch your entire bank over to Dave.

Do you think overdraft fees ever go away? It can be dangerous to say ‘no overdraft’ because a significant amount of people actually rely on overdrafts as a form of short-term credit. I think we will see innovations around how you give them the money they need without charging them these huge fees.

What’s next for Dave? We’re really looking to build the next superior banking experience for the everyday American. So we’re looking at products ranging from investing to credit building to larger loans at more fair prices. We think that there’s a real opportunity in this country to sort of level the financial playing field which is our new vision statement of the company we rolled out last week

Wall Street takes on Crypto Trading powerhouses are muscling into the unruly cryptomarkets and squeezing margins that native crypto firms have enjoyed so far. Amid fewer arbitrage opportunities, those firms are turning to lending and decentralised finance products for growth, crypto strategists tell the FT.

Year of the NFT Non-fungible tokens went from being a sub-billion-dollar market before the pandemic to raking in $41bn in 2021. That makes it nearly as valuable as the global art market, according to FT analysis. As the market matures, NFTs are starting to look more like financial products with some lenders accepting NFTs as collateral, and communities divvying up ownership into shares, though regulators have not yet deemed it an official security.

Monzo bounces back After fumbling during the early days of the pandemic, Monzo ended 2021 with a win when it announced Chinese tech group Tencent had invested in the UK digital bank as part of a funding round valuing the firm at $4.5bn on New Years Eve. The valuation is an improvement from the down round priced the company at $1.25bn in February, but it is still well below its primary UK digital rival Revolut’s $33bn valuation. As international investors flock toward digital banks, see how one town is navigating the retreat of brick and mortar banks.

#techAsia — Your guide to the billions being made and lost in the world of Asia Tech. Sign up here

#techFT — The latest on the most pressing issues in the tech sector. Sign up here