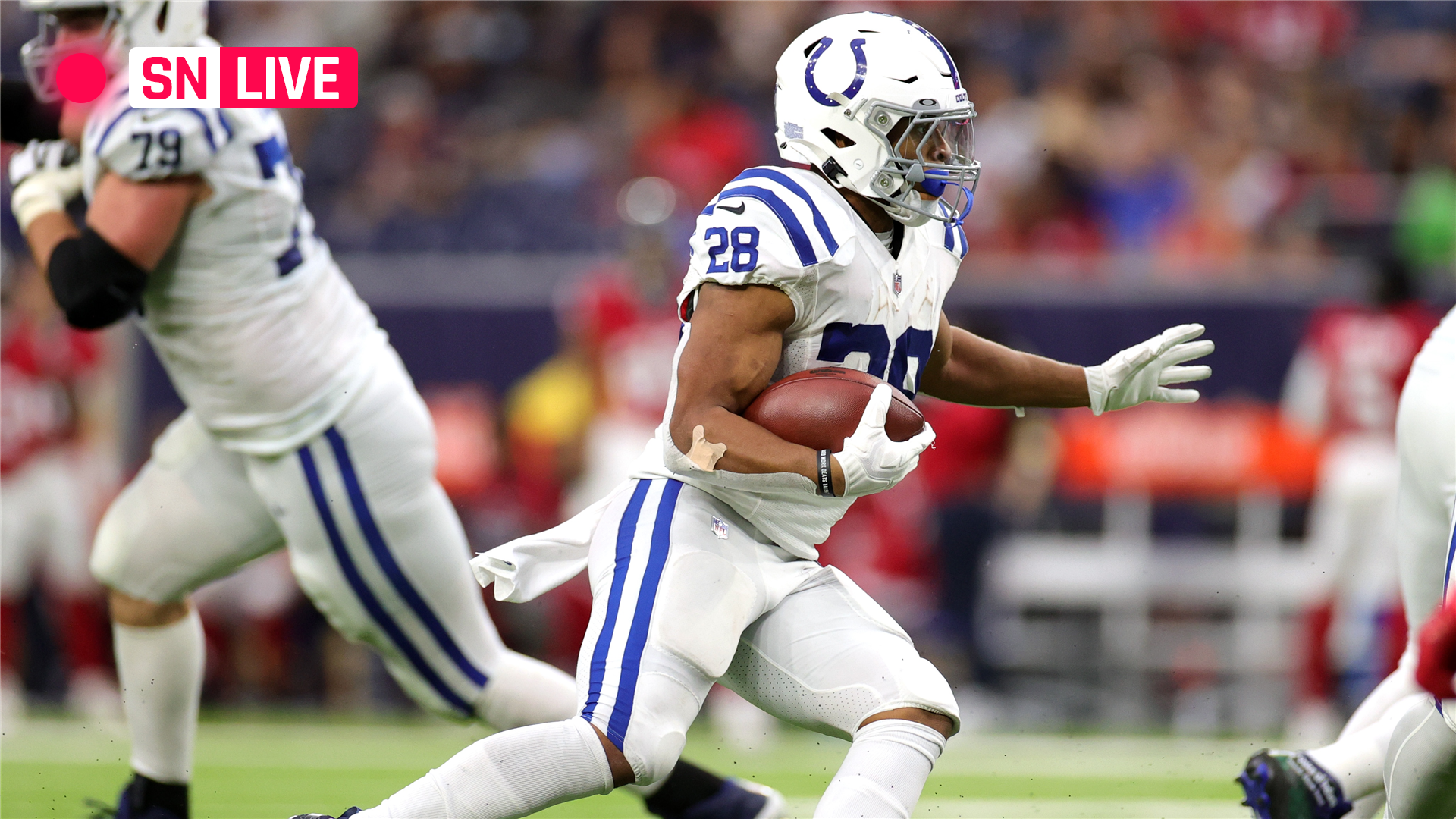 As the 2021 NFL season reaches the home stretch, the AFC playoff race is up for grabs.

At the top of the conference sit the Chiefs at 10-4, with the Patriots (9-4) and Titans (9-4), right behind. The race for the seventh and final playoff spot is equally tight, with five teams sitting at 7-6, including the Colts, who will take on the Patriots at Lucas Oil Stadium on Saturday night.

The Patriots have been one of the hottest teams in the league, having won their last seven games. Their run has largely been on the back of their defense, which ranks first in the league in scoring defense and third in total defense. But the offense has also played well.

Rookie Mac Jones is completing over 70 percent of his passes and has a 2:1 touchdown-to-interception ratio, which has helped New England post the seventh-best third-down numbers and fifth-best fourth-down numbers in the NFL.

The Patriots are going up against a Colts team that has won four of its last five thanks in large part to the play of Carson Wentz and Jonathan Taylor. Wentz has 22 touchdowns to just five interceptions for the season; Taylor, with his 1,348 yards and 16 rushing touchdowns, is an NFL MVP candidate. The Colts are third in scoring offense on the strength of their ground game.

This battle of strength vs. strength figures to be competitive. It is a must-win for both teams as they try to improve their playoff standings.

Sporting News is tracking live scoring updates and highlights throughout Colts vs. Patriots on Saturday night. Follow below for compete results from the NFL Week 15 game.

9:15 p.m.: The Patriots are now near the red zone after a nice catch by tight end Hunter Henry puts New England at the Indy 22 with the two-minute warning upcoming.

9:13 p.m.: Mac Jones hits Kendrick Bourne for 15 and then Rhamondre Stevenson takes it on the ground for 13. Two big plays off the bat for the Patriots as they look to answer before halftime.

9:09 p.m.: FIELD GOAL COLTS. Michael Badgley splits the uprights from 25 yards out and the Colts extend their lead while taking nearly nine minutes off the clock. Colts 17, Patriots 0 with 4:31 left in the first half.

9:07 p.m.: Colts now 2-for-5 tonight on third down as Wentz sails a pass over the head of Mo Alie-Cox in the end zone. Field goal unit comes out.

9:00 p.m.: Wentz runs the QB sneak successfully on fourth-and-1. Colts now nearing midfield at their own 44.

8:58 p.m.: The Colts’ first drive of the second quarter looks a lot like their ones in the first — with a handoff to Jonathan Taylor. This one goes four 4.

8:54 p.m.: The Pats’ opening drive of the second quarter goes three-and-out and they send it away. Indianapolis takes over at its 37.

8:46 p.m.: TOUCHDOWN COLTS. The Colts block the punt and return it for the score as they take a two-score lead with time running out in the quarter. Colts 14, Patriots 0 as it’s EJ Speed’s second blocked punt returned for a TD this season.

8:44 p.m.: Another good tackle for loss by Indianapolis. Second one on this drive. Quickly third-and-9 and Mac Jones’ pass to Jakobi Meyers downfield is dropped. The Pats will punt it away.

8:42 p.m.: New England converts on third down as he hits Jakobi Meyers for the first.

8:36 p.m.: TOUCHDOWN COLTS. Nyheim Hines hits paydirt and hauls in an 8-yard touchdown pass on an impressive playcall by Frank Reich. Colts 7, Patriots 0 with 3:53 left in the first.

8:32 p.m.: Ashton Dulin takes it for 37 yards all the way down to the New England 41 and then Jonathan Taylor takes it to the 11 and Indianapolis is marching quickly on the ground. First-and-10 from the 30 for the Colts.

8:21 p.m.: New England converts on its first third down attempt of the game. This one is a strike to Jakobi Meyers for 10 yards. Now first-and-10 for the Pats from their own 40.

8:19 p.m.: Almost a disaster for the Patriots as the punt is knocked out on the return but it goes out of bounds and limits the damage. They’ll start at their own 22.

8:18 p.m.: On third-and-4, Carson Wentz tries to hit Michael Pittman Jr. downfield, who was wide open, but he overthrows it. Indianapolis punts.

8:18 p.m.: The first flag of the game comes in and is against the Colts for ineligible man downfield. Pats decline it and it’s now third-and-4 for Indy.

Patriots vs. Colts will kick off at 8:15 p.m. from Lucas Oil Stadium in Indianapolis.

How to watch NFL Saturday game in Week 15

Patriots vs. Colts will air nationally on NFL Network. Kevin Burkhardt and Greg Olsen will call the game from the booth, while Pam Oliver and Kristina Pink will report from the sidelines.

The Pats’ local radio broadcast can be heard on SiriusXM channel 226, while the Colts’ broadcast will air on channel 225.

In Canada, viewers can watch Patriots vs. Colts on DAZN, which includes every NFL game.

National telecasts are in bold.