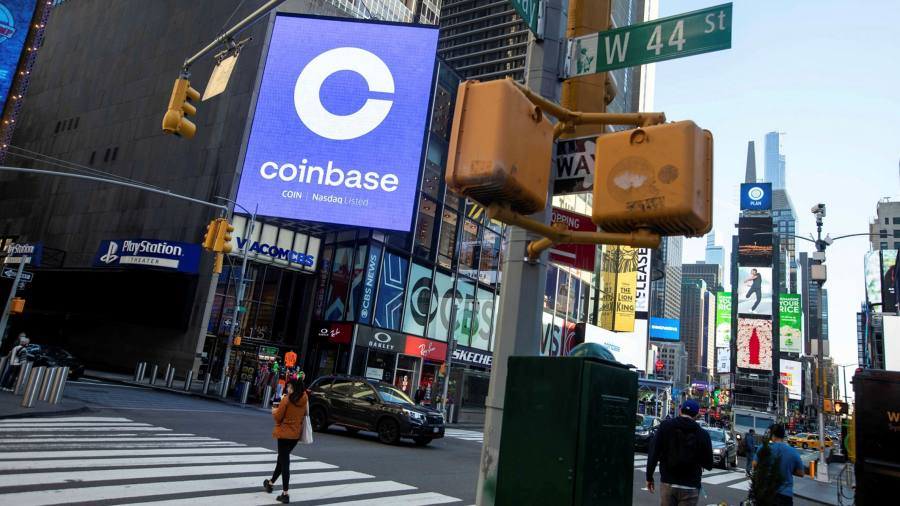 Coinbase plans to launch a marketplace for non-fungible tokens (NFTs) as the largest US exchange for trading crypto assets joins the boom in digital collectibles.

The exchange, which listed in New York earlier this year and has recently faced heightened scrutiny from regulators, announced that Coinbase NFT would let users create, buy or sell the increasingly popular digital tokens, that represent artworks or other collectibles.

The company said it wanted to “allow everyone to benefit from their creative spark” and to help turn the “creator economy” into a central driver of the real economy.

If successful, Coinbase’s new marketplace may create a lucrative new revenue stream, given the ongoing frenzy for NFTs.

In the past month, OpenSea, the most popular NFT marketplace, facilitated nearly $2.8bn in NFT transactions on its platform, according to data from DappRadar, although the volume has slowed slightly in recent weeks. OpenSea takes a 2.5 per cent cut of any sales made on its platform.

Coinbase did not comment on what its fee structure would look like, but said users would not have to pay any additional fees for creating, listing or promoting NFTs, beyond the “gas” fee needed to register an NFT on the blockchain.

While the initial launch will initially support minting on the ethereum blockchain only, the company will support other blockchains “soon after”, it added.

Critics have dismissed the NFT fever as a bubble and warned of the risk of scams in the loosely regulated space. But Mark Zuckerberg, chief executive of Facebook, has suggested that NFTs might one day be a ubiquitous part of the online “metaverse”, a virtual universe that Facebook is keen to play a role in building.

Last month, OpenSea admitted that one of its top executives had been using inside knowledge to buy items ahead of their promotion on the marketplace.

Coinbase said its “insider trading policies are designed so that no one associated with the company can trade crypto assets (including NFTs) with information that is not public”, adding that some of its senior executives had to adhere to even stricter policies.

Coinbase has recently shelved another product called Lend after the US Securities and Exchange Commission warned that the group could not pay interest on staked cryptocurrencies without permission. Coinbase’s chief executive Brian Armstrong accused the regulator of “sketchy behaviour”.