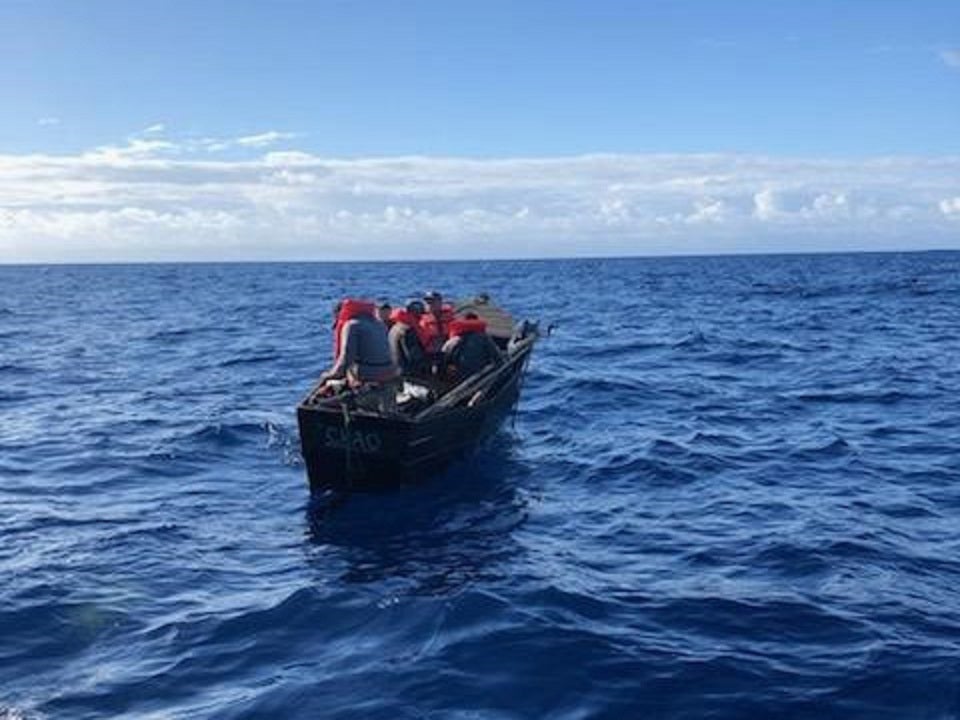 The Coast Guard repatriated 55 Cuban citizens Tuesday who were found in makeshift vessels near the Florida coast, authorities said.

The Cubans were discovered during six interdictions over several days last week. The first occurred May 9 when an inflatable, rustic vessel was found around 2 p.m. 14 miles south of Cay Sal, Bahamas.

Several other discoveries were made on May 12 and 13 near Key West, Florida and the Caribbean, the Coast Guard said.

“Illegally crossing the unpredictable Florida Straits in rustic, makeshift vessels is very dangerous and can result in loss of life,” said Lt. Cmdr. Mark Cobb, a Coast Guard District Seven enforcement officer. “Encourage your loved ones to migrate legally, it is safer.”

All the migrants received food, water and basic medical care while aboard Coast Guard ships.

Coast Guard crews are seeing more Cubans making the dangerous journey to the Unites States via makeshift vessels than in years past.