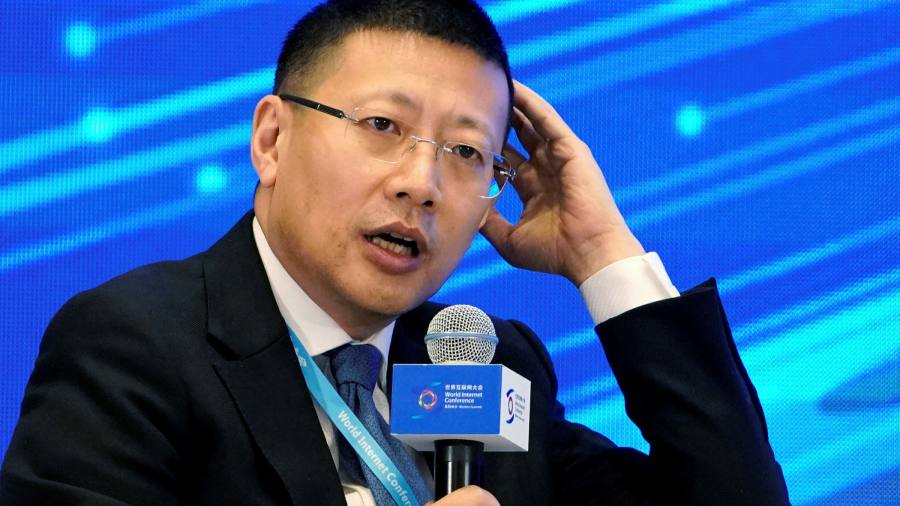 China’s top venture capitalist has stepped up sales of stakes in three of his biggest investments, which are now among the country’s largest technology companies, as Beijing’s scrutiny of the sector results in sweeping new regulations.

Neil Shen, the head of Sequoia Capital China, has sold as much as $215m in shares in the fast-growing group shopping app Pinduoduo, food delivery giant Meituan and delivery platform Dada Nexus.

His investments in Pinduoduo, which is New York-listed, and Meituan, which is listed in Hong Kong, have helped propel Shen to the top of Forbes’ Midas List as Asia’s most successful venture capitalist for several years. The 53-year-old’s personal net worth is estimated to be $4.4bn.

“In China’s investment world, there’s Neil Shen and then there is everyone else,” said one admirer in the industry. “He’s the only one that’s been a banker, entrepreneur and investor, and that gives him an edge.”

Shen’s largest sales of stock were in Meituan, which was fined $530m for antitrust violations last month.

He sold about $100m of Meituan shares held through a family investment vehicle and in his own name on October 25. This followed his sale of $55m of shares in September, which marked his largest personal sale of shares at the time and second time selling since the company’s initial public offering, according to filings in Hong Kong.

Since founding Sequoia’s China arm more than a decade ago, Shen has built the VC firm into one of China’s most prominent investors. The group completed 96 deals in the third quarter, making it the world’s most active fund, according to CB Insights.

The investment spree for Sequoia Capital China came even as other international funds hit pause during an uncertain regulatory environment. Recently, officials have moved to dismantle the education technology industry, which had absorbed billions of dollars of funding, and halted the conveyor belt of Chinese companies heading to list in New York.

Chinese president Xi Jinping launched a wealth redistribution campaign in August that has prompted the country’s tech giants to pledge ever-larger portions of their profits to charity.

In September, Shen began to cash out some of his most valuable shares, such as those of Meituan and Pinduoduo, in what appears to be his first disclosed personal sales of the company’s stock. Sequoia put $370m into Pinduoduo over three private financing rounds starting in 2017, paying an average of $1.22 a share.

Pinduoduo’s stock was at $107 a share on September 8 when Shen and his family investment vehicle initiated the sale of 280,000 shares worth nearly $30m, according to Form 144s filed in the US. The ecommerce group’s shares are down from their February peak of $212.

Shen sits on Pinduoduo’s board and may continue to hold shares in the company. He did not respond to a request for comment on his share sales.

Three of Pinduoduo’s top executives, including chair and chief executive Chen Lei, also sold shares in September, with each cashing in shares worth about $7m in their first disclosed stock sales since the company’s 2018 listing, according to Form 144 data analysed by Bradford Lynch-Levy at the Wharton School’s Forensic Analytics Lab.

“The Form 144 data provide the only record of Chinese executive share sales because of the SEC’s outdated disclosure rules for foreign issuers that allow executives of foreign firms to effectively hide their trades from investors,” said Lynch-Levy.

Pinduoduo did not respond to a request for comment on the sales.

Shen in September also moved to sell as much as $30m of shares in Dada Nexus, a delivery platform that connects companies with couriers to ferry their goods to shoppers.