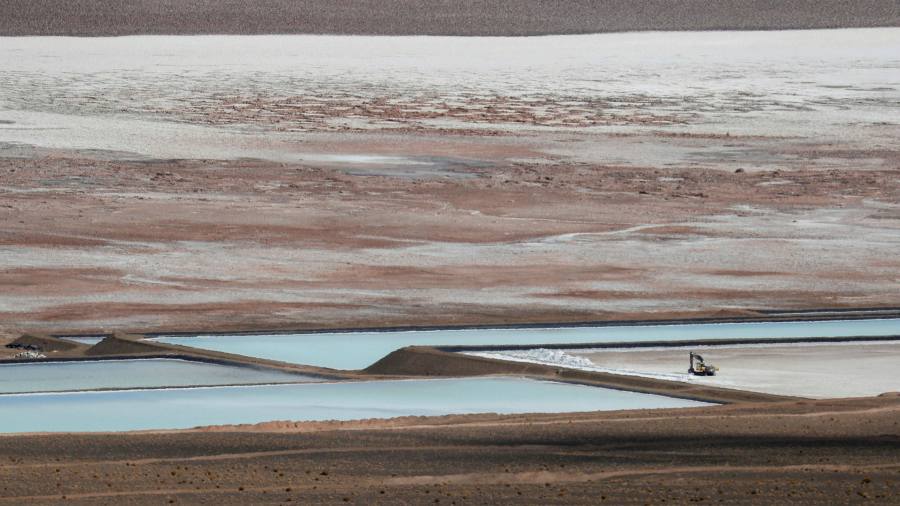 Electric car sales are zooming ahead in China. Neither its slowing economy nor chip shortages have left a dent. A battery shortage, however, would be a different story. A local gold miner agrees, keen to produce the precious lithium needed for the batteries.

Zijin Mining’s all-cash $768m (C$960m) acquisition of Canada’s Neo Lithium might look steep for a company forecasting ebitda losses through 2022. It paid a reasonable 18 per cent premium, though its share price has more than doubled this year, an increase that has lagged behind the lithium price.

In the context of China’s world-leading electric car market, the purchase makes sense. New energy vehicle sales, both battery-powered and plug-in hybrids, rose 150 per cent last month from a year earlier. Overall auto sales fell by a fifth. Neo Lithium owns and mines some of the biggest lithium deposits in the world.

Soaring demand in China means companies must scramble for batteries and their key ingredients. The country accounts for 80 per cent of the world’s battery cell manufacturing capacity, making it the world’s largest consumer of lithium — nearly 40 per cent of the total. Surging sales of EVs mean lithium carbonate prices are up fivefold in the past year to record highs.

Chile, Australia and Argentina hold the world’s biggest reserves. China needs access to projects there to source stable supply. Lithium is plentiful but thinly spread across rocks and brines. Better technology is needed to extract it in bulk.

Current mining capacity is also low relative to demand. Heavy capital expenditure is needed to ramp up production. That is a recipe for short-term price squeezes, followed by longer term price falls.

Zijin Mining is expanding horizontally into lithium, a business where it should have transferable skills. But EV and battery makers, faced with supply chain disruption in chips, must feel sorely tempted to integrate vertically, via acquisitions or joint ventures with miners. That would bring perils, offset by potential competitive advantage amid a global land grab for battery materials.