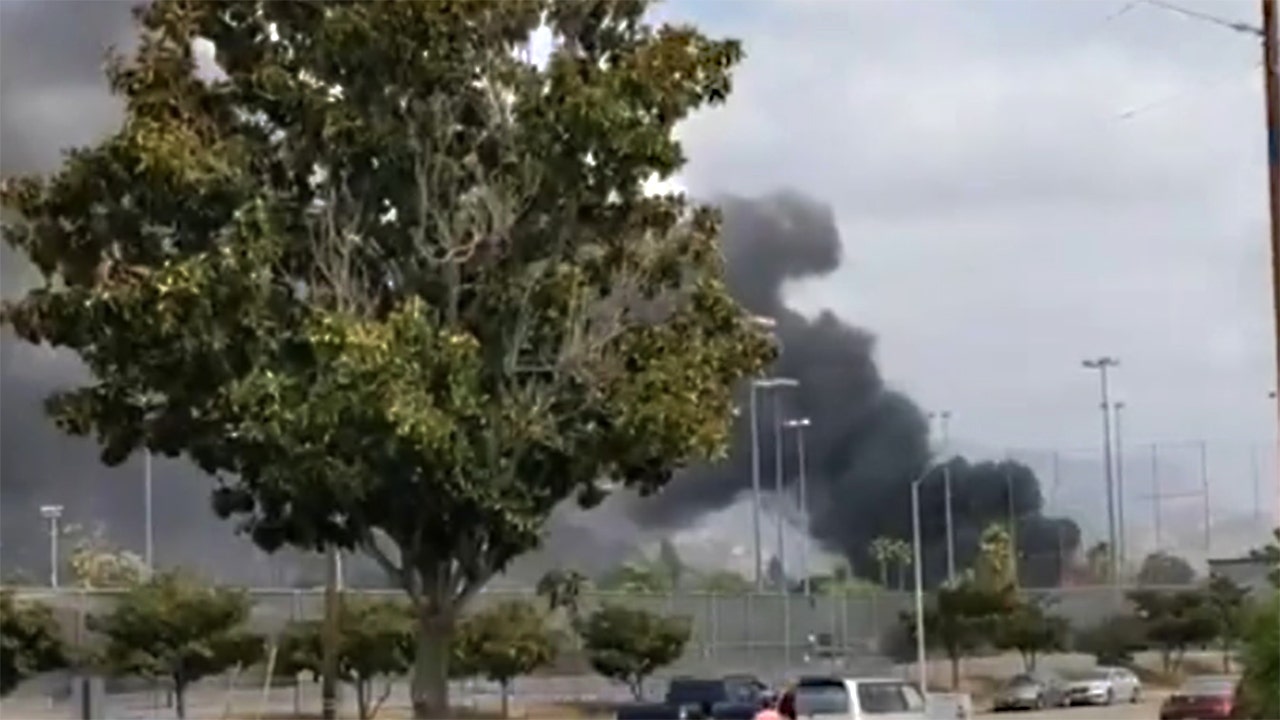 Bystanders rushed to save a woman from a burning home Monday after a plane crashed in a San Diego-area neighborhood and killed at least two people.

Amanda Nelson recorded the heart-pounding video, which captured the moment neighbors ran toward the burning home that was becoming engulfed in flames.

“Is anybody in the house? Can they get out?” Nelson yelled.

Soon after, the neighbors were seen pulling the unidentified woman out of a window — as dark smoke from the blaze drifted into the sky.

“Be careful. It’s jet fuel in there!” Nelson exclaimed at one point.

Nelson said the woman’s husband also managed to escape the burning home, according to FOX 11 Los Angeles. They were later reunited.

The plane, which was identified as a twin-engine Cessna C340, crashed into the residential neighborhood in the San Diego suburb of Santee at about 12:15 p.m.

The crash destroyed two homes and damaged nearly a dozen more, according to the station. A UPS delivery truck and several other vehicles were also torched.

Among those killed in the crash were the driver of the UPS truck and the pilot of the plane, Dr. Sugata Das, an Arizona cardiologist who worked for the Yuma Regional Medical Center, FOX 11 reported.

The plane, which was reportedly owned by Das, had departed from Yuma, Arizona, and was scheduled to land at Montgomery-Gibb Executive Airport in San Diego.

Moments before the crash, an air traffic controller was heard telling Das that it appeared he was drifting off course.

“It looks like you are drifting off course. Are you correcting?” the controller told the pilot, according to audio obtained by KUSI News in California

The controller continued urging the pilot to ascend to 5,000 feet as the plane remained at about 1,500 feet above the ground.

“You appear to be descending again, sir,” the air traffic controller then said.

The National Transportation Safety Board and the Federal Aviation Administration are handling the investigation.