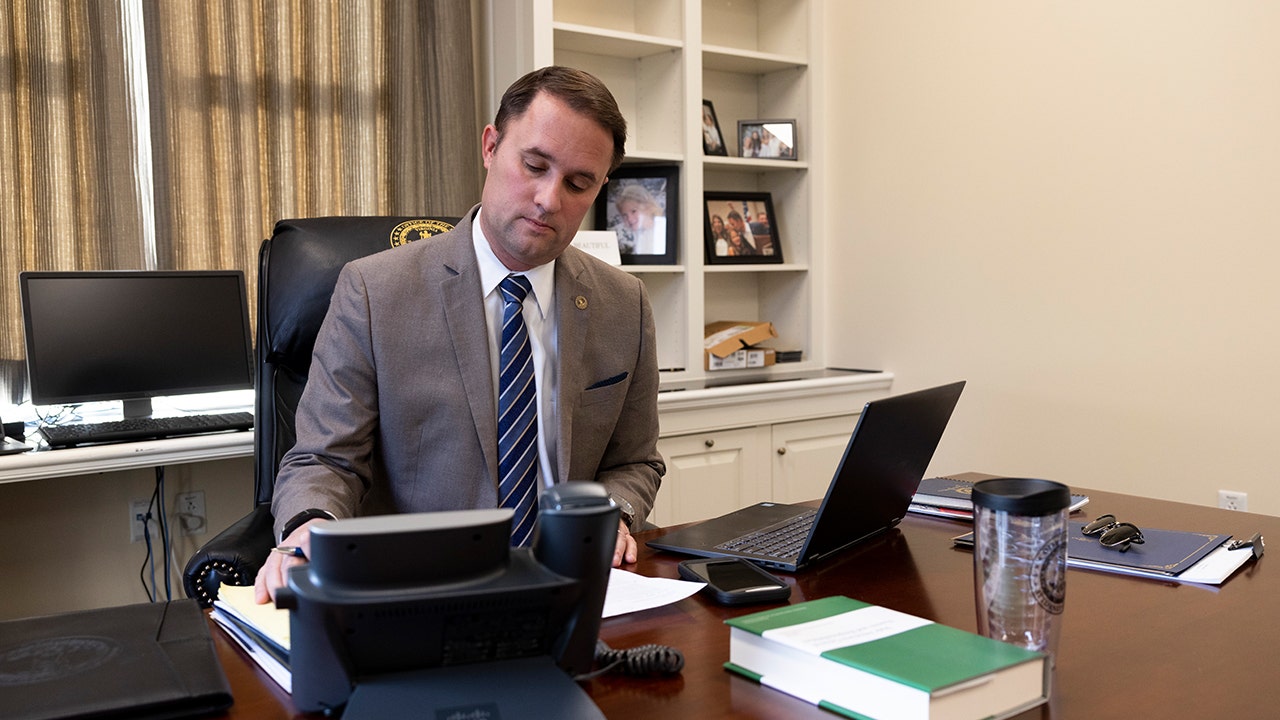 A single round from a firearm was shot into a window of the Virginia Attorney General’s Office in downtown Richmond Monday evening.

Chief Deputy Chuck Slemp sent out an email to staffers overnight notifying them of the incident. He said the round was located by housekeeping staff.

The newly sworn-in Attorney General of Virginia, Jason Miyares works from his office January 19, 2022, in Richmond, Virginia.
(Photo by Julia Rendleman for The Washington Post via Getty Images)

Police spokesman Joe Macenka told the Richmond Times-Dispatch that police found a round hole at the top of a window.

Slemp said there was no indication that the incident was targeted at the OAG specifically or any individual employee. The Capitol Police are actively investigating.

“[W]e want to assure you that your safety at work is of paramount importance to the Attorney General,” Slemp wrote in the email, obtained by Fox News.

No further details were released.