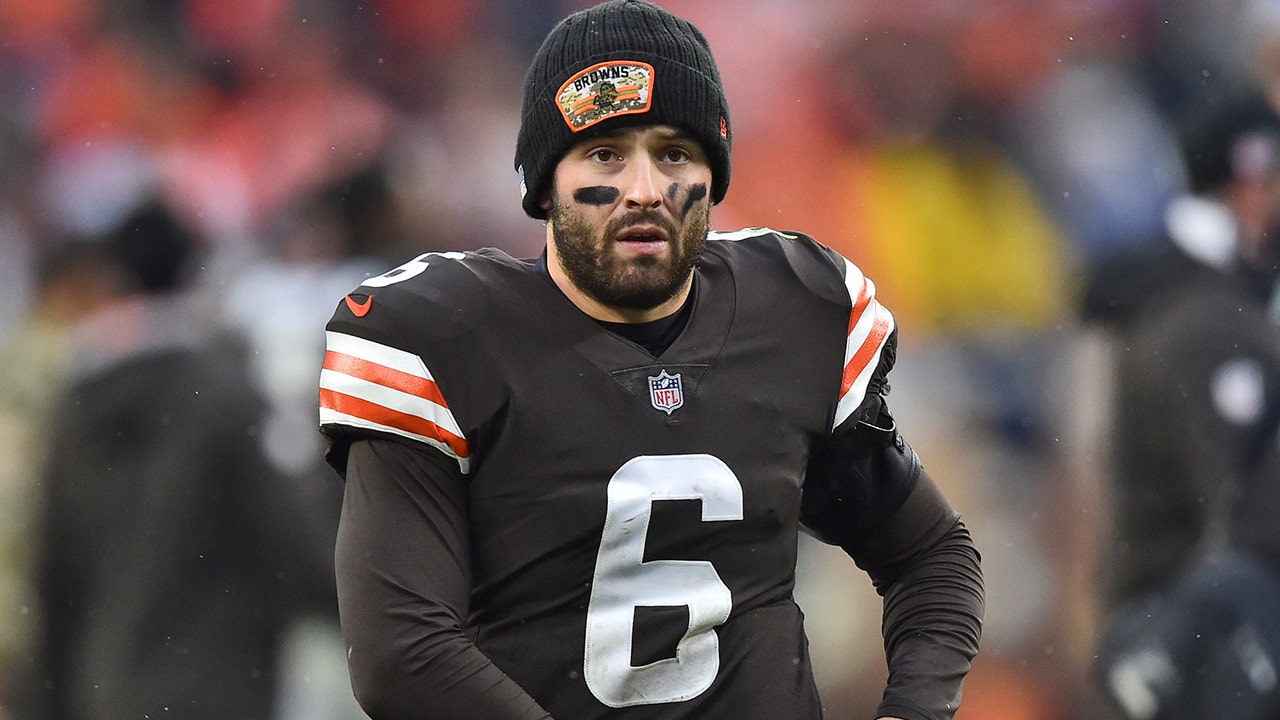 Baker Mayfield is expected to return to the Cleveland Browns next season, and head coach Kevin Stefanski believes the former No. 1 overall pick will return to form in 2022.

Cleveland Browns quarterback Baker Mayfield throws during the first half of an NFL football game against the Baltimore Ravens, Sunday, Dec. 12, 2021, in Cleveland.
(AP Photo/Ron Schwane)

“I fully expect him to bounce back next year,” Stefanski said, via ESPN.

Mayfield, who dealt with a handful of injuries this year, completed 60.5% of his passes for 3,010 passing yards, a career-low 17 touchdowns and 13 interceptions. The Browns went 6-8 in Mayfield’s starts, and he missed two games due to injury and one because he was on the COVID-19 list.

REX RYAN RIPS CHARGERS’ BRANDON STALEY FOR BIZARRE TIMEOUT IN LOSS TO RAIDERS: ‘THIS DUDE HAS NO IDEA’

“Baker fought through those injuries, was medically cleared to play each of those weeks and practiced throughout those weeks and felt good,” Stefanski said Monday, via WKYC. “I don’t think Baker’s using any of that as an excuse and not denying that guys play through injuries.”

During his last two starts of the season, Mayfield certainly wasn’t at his best. In a 24-22 loss to the Packers, Mayfield threw four interceptions, and he followed that up by completing only 42% of his passes in a Week 17 loss to the Steelers.

In this Dec. 22, 2019, file photo, Cleveland Browns quarterback Baker Mayfield scrambles during the second half of an NFL football game against the Baltimore Ravens in Cleveland.(AP Photo/David Richard, File)

Mayfield is under contract through 2022 on his fifth-year option.