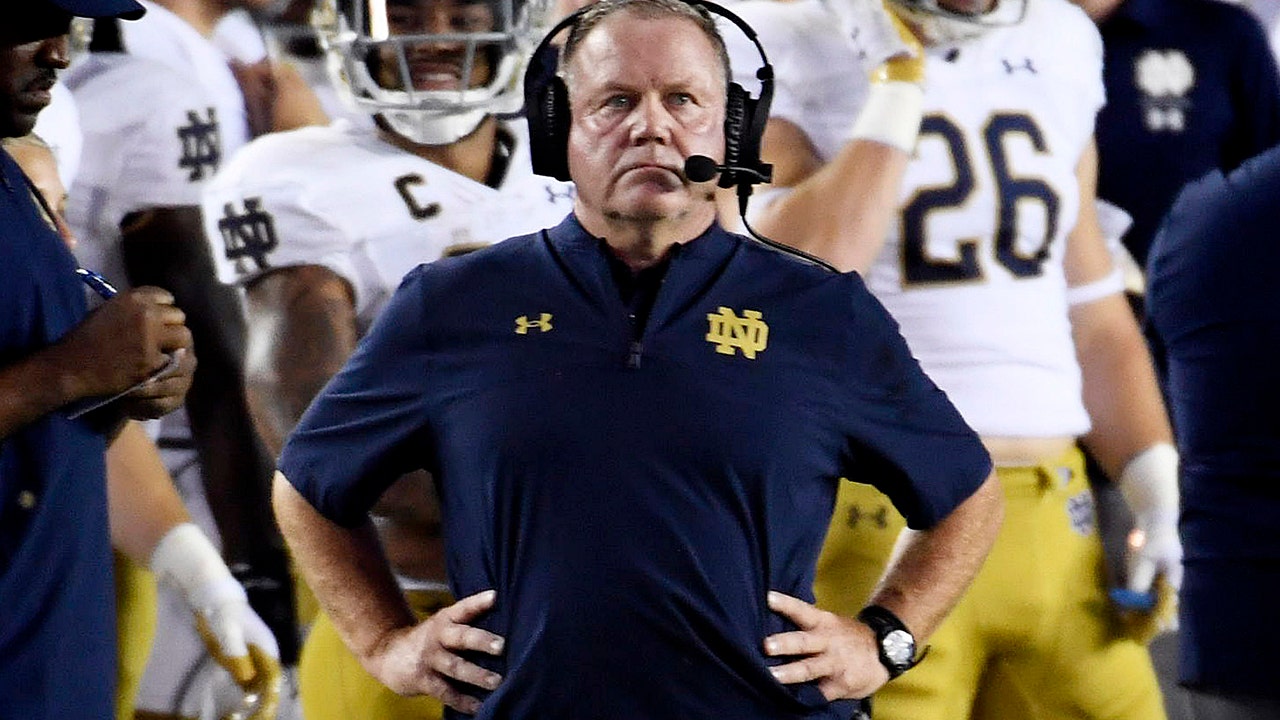 LSU football landed a prize head coach of its own.

LSU is set to hire Brian Kelly away from Notre Dame in the latest move that is set to shake up the college football landscape, Sports Illustrated reported Monday. Kelly would replace an outgoing Ed Orgeron, who agreed to step down at the end of the 2021 season.

Notre Dame coach Brian Kelly leads the team out of the tunnel for an NCAA college football game against Clemson on Saturday, Nov. 7, 2020, in South Bend, Ind.
(Matt Cashore/Pool Photo via AP)

Kelly, 60, coached at Central Michigan and Cincinnati before he left the Bearcats for the Notre Dame opening. Kelly replaced Charlie Weis before the start of the 2010 season and helped get Notre Dame back to prominence.

In 2012, Notre Dame got to the BCS Championship only to lose to Alabama 42-14. Kelly and Notre Dame would reach the College Football Playoff twice but fail to win in either appearance.

Notre Dame was also hit with NCAA penalties. In 2014, the school discovered that an athletic trainer was providing impermissible benefits. The school self-reported the violation, and the NCAA determined the school needed to vacate the 2012 and 2013 victories.

Kelly led the school to nine bowl games during his tenure only missing out during the 2016 season after a 4-8 record. The team is 11-1 in 2021 with a major bowl game waiting.

Should the deal be finalized, Kelly will take over a beleaguered LSU football team.

The Tigers won a national championship in 2019 but fell off the mark the last two seasons, with possible penalties looming due to accusations that top officials in football and the athletics department ignored rape accusations made against players who were on the team.