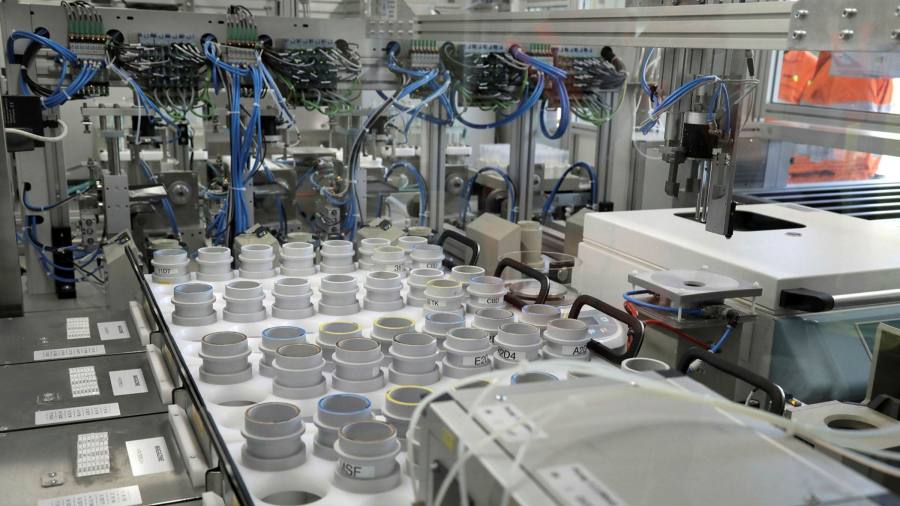 BHP, the world’s biggest mining company, has thrown its weight behind a huge nickel project in Tanzania as it seeks to access the metals and minerals needed for the electrification of the global economy.

The decision to invest $100m in private UK miner Kabanga Nickel, which is developing the project, marks a further shift in strategy for BHP, which has traditionally focused on less risky mining jurisdictions such as Australia, Chile and Canada that have been extensively developed.

It is also a recognition by BHP, which sold its last Africa asset in 2019, that to get access to the best untapped mineral deposits it will have to operate in more challenging parts of the world and partner with smaller companies.

Kabanga is regarded as the world’s largest development-ready, high-grade nickel sulphide deposit. However, it is in a remote location in the north-west of the country, close to the border with Burundi and Rwanda, and lacks infrastructure.

It was previously owned by Canadian miner Barrick Gold and the commodities group Glencore. They sold the project after being stripped of their retention licence in 2018 by Tanzania’s former president John Magufuli, who introduced new mining laws.

The project’s new owner, Kabanga Nickel, anticipates first production in 2025 and says the deposit has the resources to churn out at least 40,000 tonnes a year of battery grade nickel for more than three decades. It will also produce 4,000 tonnes a year of cobalt, another battery metal.

The 2.7m-tonnes-a-year global nickel market is expected to grow rapidly owing to the increasing popularity of electric vehicles. Demand for the metal, which is used in more powerful EV batteries, is set to grow 19-fold by 2040 if the world meets the Paris climate goals, according to the International Energy Agency.

Yet most of the increase in supply this decade is set to come from Indonesia, a market overwhelmingly powered by coal-fired electricity where Chinese companies are building nickel processing projects.

That has prompted a race to secure new sources of sustainable supply as companies in rich nations are forced to drastically reduce their carbon footprints.

Kabanga is planning to refine the ore it produces in Tanzania, using a hydrometallurgy technology that it claims is less polluting and carbon-intensive than other methods. This, it says, will eliminate the need to export the ore long distances for processing in Europe or Asia, further reducing its carbon footprint.

“Through development of Kabanga . . . Tanzania will have a growing role in the supply of the battery metals needed to move to a global low carbon economy,” said Chris Showalter, chief executive of Kabanga Nickel.

Doto Biteko, Tanzania’s minister of minerals, said: “We now stand ready to help the world in the production and refining of the crucial metals that society needs, while creating skilled jobs and benefiting the economy of our country.”

Under the deal, BHP will invest $40m to accelerate development of the Kabanga deposit and a further $10m in the hydrometallurgy refining process. Subject to certain conditions and milestones being achieved, BHP will invest a further $50m, giving it an 18 per cent stake in Kabanga Nickel. That will value the project at about $650m.

The company is reported to be in talks with billionaire Robert Friedland about buying into a large copper project in the Democratic Republic of Congo. It has also taken a stake in a London-listed copper company developing a deposit in Ecuador.

In 2019, BHP reversed a decision to sell its Nickel West business in Australia and instead decided to invest in producing nickel for the battery industry. Carmaker Tesla agreed last year to buy nickel for its batteries from the mine, as part of a push to lock up supplies of the metal not controlled by China. BHP recently pulled out of the running to buy Noront, a company developing a large nickel project in Canada.

“This investment secures access to a world class nickel sulphide resource and is aligned with BHP’s strategy to capture opportunities in future-facing commodities,” the company said in a statement.