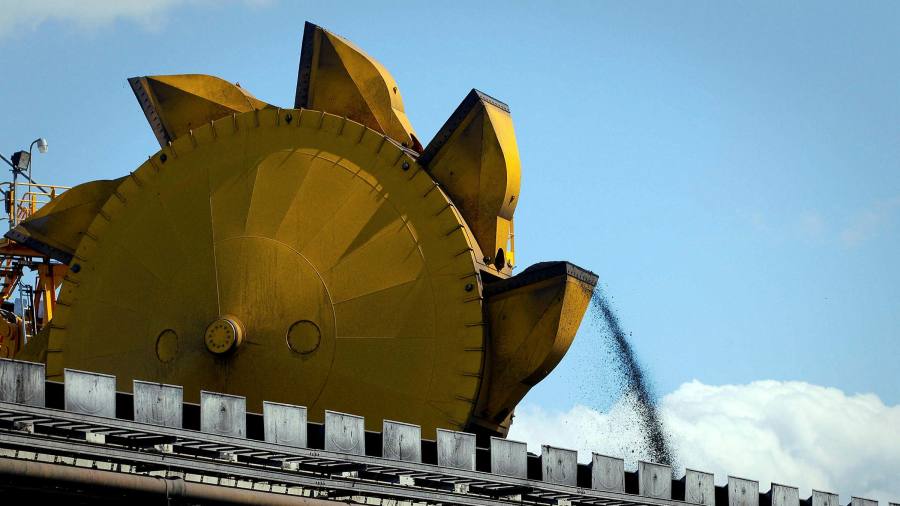 BHP has reached a deal to divest up to $1.35bn from two coal mines in Australia, as the world’s biggest miner continues its retreat from fossil fuels.

The company is selling its 80 per cent interest in BHP Mitsui Coal, which operates the South Walker Creek and Poitrel coking coal mines in Queensland, to Stanmore Resources. The remaining stake in the joint venture is owned by Japan’s Mitsui.

The sale comes amid the COP26 global climate talks in Glasgow and soaring prices for coking coal, a crucial ingredient in steelmaking. It also continues BHP’s retreat from fossil fuels as the Anglo-Australian miner seeks a greener portfolio.

BHP recently approved a $5.7bn plan to complete the development of a potash project in Canada, and is looking to increase its exposure to copper and nickel.

“As the world decarbonises, BHP is sharpening its focus on producing higher quality metallurgical coal sought after by global steelmakers to help increase efficiency and lower emissions,” said Edgar Basto, head of the miner’s Australia division.

Steelmaking is one of the industrial activities that contributes the most to climate change.

BHP put its stake in BMC on the block in August 2020, when it also announced plans to exit thermal coal, which is burnt in power stations.

The company has also sold its stake in a huge Colombian coal mine to Glencore and announced plans to merge its oil and gas assets with Woodside, an Australian oil and gas producer. It is still seeking a buyer for its remaining thermal coal asset, New South Wales Energy Coal.

“The review process for New South Wales Energy Coal is progressing, in line with the two-year timeframe announced in August 2020,” BHP said on Sunday, adding that it “remains open to all options and continues consultation with relevant stakeholders”.

Even after the sale of its controlling stake in BMC, BHP will remain the world’s biggest exporter of coal through a separate alliance with Mitsubishi Corp.

The price of coking coal has surged this year on strong demand from China and steelmakers in other parts of the world as Covid-19 lockdown restrictions were eased.

Australian hard coking coal prices have risen from $120 a tonne at the start of the year to almost $334 a tonne, according to a price assessment from S&P Global Platts.

The deal with BHP will transform Stanmore, which has a market value of just $250m, into a significant force in the Australian coal industry. The two Queensland mines it will take control of produced 11m tonnes of coking coal in the year to June.

In order to finance the transaction, Stanmore is asking shareholders to support a $600m equity issue, while a further $625m will be raised in debt. The coal group is 75 per cent owned by Golden Energy and Resources Limited, a Singapore-listed company that has agreed to underwrite the BHP Mitsui Coal deal.

Under the deal, Stanmore will pay $1.1bn upfront, followed by a further $100m in six months. The price could rise a further $150m through an earn-out agreement linked to coking coal prices.

Marcelo Matos, Stanmore chief executive, said the deal would make the company a leading producer of coking coal and position it to generate “substantial cash flow”. The assets it is acquiring from BHP produce a similar type of coal to its Isaac Plains mine in Queensland.